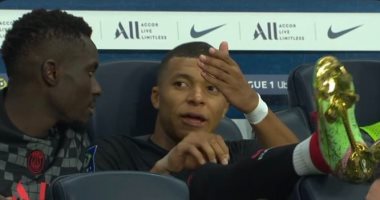 Brazilian star Neymar da Silva angered his Paris Saint-Germain teammate, Kylian Mbappe, during the match against Montpellier, which ended a while ago with the victory of the Parisian team with a clean double, which brought them together at the “Princes Park” stadium, in the eighth round of the French League for the current season. 2021 – 2022.

French radio “Monte Carlo” reported that Mbappe appeared very angry after being substituted in the 88th minute of the match, and Mauro Icardi entered his place, and entered into a conversation with Senegalese midfielder Idrissa Gaye on the bench.

French radio added that Mbappe complained to his Senegalese colleague about the selfishness of Brazilian star Neymar, saying: “He no longer passes the ball to me.”

French radio indicated that the relationship between Neymar and Mbappe on the field was not like previous seasons, after the arrival of Argentine star Lionel Messi during the last summer Mercato.

With this result, Paris Saint-Germain enhances its lead in the French League standings, after raising its score to 24 points from 8 matches, 10 points behind runner-up Marseille with 14 points with two fewer games, while Montpellier came in eleventh place after its balance was frozen at 9 points.

And Paris Saint-Germain missed many stars, led by Marco Verratti and Lionel Messi, because of injury.

Dallas achieves its first win of the course on Canadian soil