Nicola Sturgeon swiped at Boris Johnson ‘throwing caution to the wind’ today as she made clear face masks will still be compulsory in Scotland after July 19.

The SNP leader said the PM’s ‘Freedom Day’ approach was ‘something of an exception’ as she insisted she will not take ‘easy decisions’ to be popular.

Ms Sturgeon also voiced concern that the coverage of Mr Johnson’s announcements will ‘confuse’ Scots – stressing that precautions such as face coverings will continue north of the border.

The jibes, at a Covid briefing in Edinburgh, came after Mr Johnson vowed to tear up most of England’s regulations at Step 4 of the unlocking roadmap.

Masks will be optional from the middle of the month, and all social distancing laws will be dropped.

Ms Sturgeon struck a positive note saying there is a ‘suggestion that the recent surge in cases may be to some extent levelling off’. 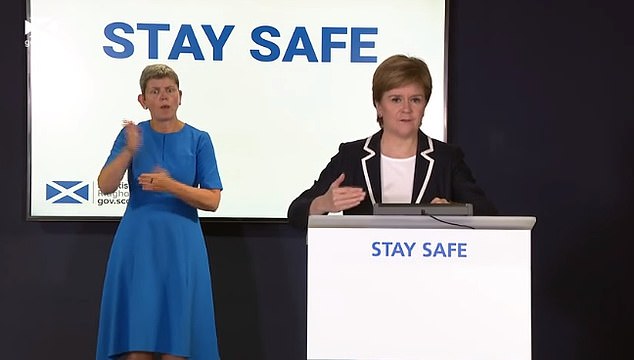 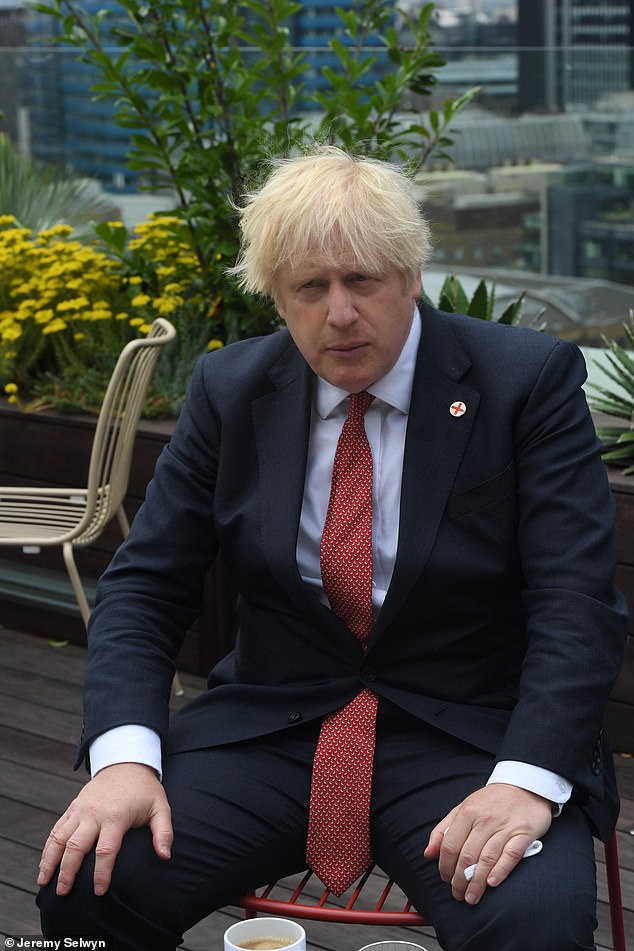 Case numbers are now 1,432 lower than they were last Thursday, she said, adding that the seven-day average also appears to show a ‘slowdown in the rise of positive cases’.

But Ms Sturgeon warned ‘we cannot simply throw all caution to the wind and no longer worry at all about rising levels of infection’, citing concerns about pressures on the NHS which have already led to some services being cut back.

She also said the majority of cases are in young people and although they tend to have less severe infections, it would be ‘wrong and irresponsible, because our young people are not guinea pigs, to have no concern at all for young people infected with this virus’.

Ms Sturgeon said she hoped all of Scotland will be able to move to ‘Level 0’ restrictions by July 19 as planned. But that means ‘baseline’ restrictions such as masks, rather than a total unlocking.

She said: ‘It is worth pointing out the path the UK Government is embarking on for England – which is entirely a matter for them – a path of not just lifting all restrictions from July 19 but also removing the requirement for basic mitigations like face masks, and doing so against the backdrop of sharply increasing case numbers, is something of an exception.

‘While I totally understood the desire some have for us to follow suit in every single step, we have to think carefully about the steps we do take at this juncture.

‘My job is not to take the easy decisions in a quest for popularity, it is to do what I think is most likely to keep the country as safe as possible as we get to the end of the vaccination programme.

‘Over the next few weeks, as we complete the vaccination programme, it is really important that we don’t let the virus outrun us.’

Ms Sturgeon said Scots getting confused by the messages from England ‘has always been a worry’ – saying it was one of the main reasons she did daily TV briefings earlier in the pandemic.

‘If we are going at different paces and doing things in slightly different order … the sheer domination of the coverage from England into Scotland in a media sense can confuse the messaging here and perhaps give people the idea that things are being advised that are not being advised.’

She added: ‘Obviously, you will hear a lot from us to just remind people that, from July 19, we will still be required to wear facing coverings in Scotland, even if it’s not in England.’ 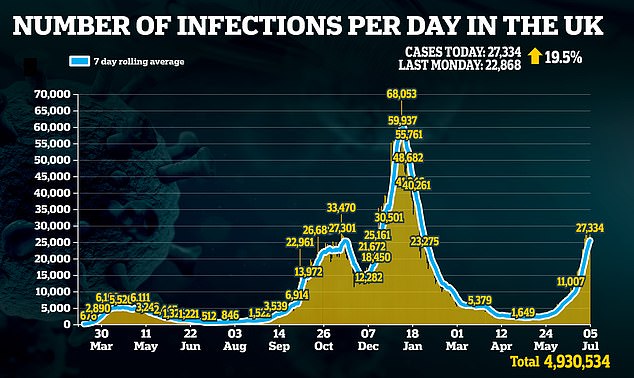 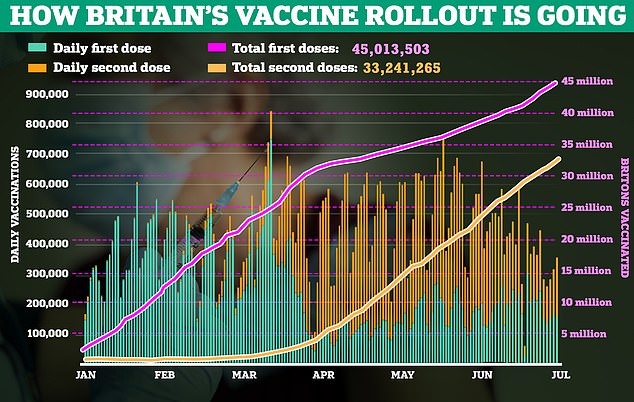 Trump paid $680,000 to 3 protection attorneys for his or her work throughout his second impeachment trialTrump paid almost...