It was the moment when Rishi Sunak finally lost his battle with Matt Hancock and Michael Gove to avert a crippling second national lockdown.

The all-powerful Covid Quad committee, which has taken all the key strategic decisions during the pandemic, met in the Cabinet Office on Friday amid doomsday predictions from the Government’s SAGE committee of scientific experts.

Boris Johnson, chairing the meeting, fought what one source described as a ‘valiant battle’ to keep the country open, ‘arguing with himself’ and endorsing many of the Chancellor’s hawkish warnings about the economic carnage it would entail. 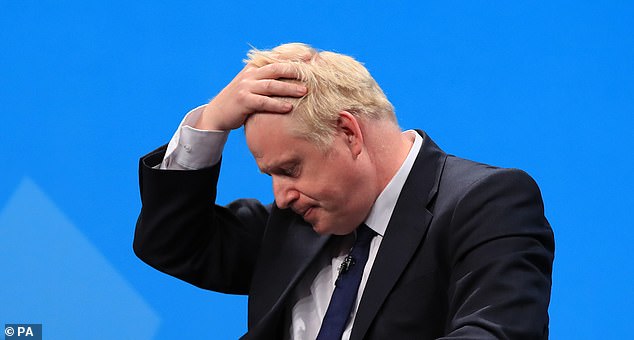 PM Boris Johnson was given hard facts about real people in hospital beds, and the debate was effectively over

Every time Health Secretary Matt Hancock made his arguments in favour of the lockdown, he was supported by fellow ‘dove’ Mr Gove.

Both Ministers were emboldened by France and Germany’s move into full lockdown. A source close to Mr Sunak admits: ‘That was the moment we started to lose the battle. We lost our cover from the continent.’

The Prime Minister continued to back his Chancellor, until a chilling submission by Sir Simon Stevens, the head of the NHS, which effectively condemned the country to another month of confinement.

‘I could have wept – it was so awful,’ said one official present, as the Quad – joined by a total of 20 experts – heard that at the current rate of infections, hospitals would soon be overrun in every part of England, with the death toll hitting between 3,000 and 4,000 a day by Christmas.

‘The PM was given hard facts about real people in hospital beds, and the debate was effectively over. He was told how many hospitalisations were already baked-in to the projections due to the steep rise in infections.’

Some of the detail was macabre: plans were being made to store dead bodies in municipal ice rinks if hospital mortuaries filled up. As so often during the crisis, the emotive points made by the ‘doves’ overrode the Chancellor’s fears for the economy.

One source said: ‘The scientists and Matt [Hancock] were saying the death rate will be worse than in April.’

The decision was made to effectively wipe the next month from the calendar – ‘losing November to save December’, in the words of one official.

A Treasury source said: ‘France and Germany make it harder for us. The fear was that by Christmas France and Germany will be out of lockdown and people there will be merrily celebrating Christmas, when we will have to be locked down.’

Sources last night said the Government was effectively ‘bounced’ into the national lockdown through press reports. One with knowledge of the Quad meeting said: ‘The Prime Minister wasn’t wholly over the line – he was reluctant and said we need to think about it more.’

One Government source said: ‘The scientists want to lock us up for ever. Matt Hancock and DH [Department of Health] keep saying, “More, more, more lockdowns, the numbers are terrible.”’

To show that lessons had been learnt from the first lockdown, schools, universities and nurseries would stay open, allowing parents more freedom to work. And to address the public’s growing exasperation, the lockdown would end on December 2 – in an attempt to ‘save’ the festive period.

The hawks assembled behind the Chancellor, however, are suspicious that the date will be allowed to slip if the death rate is still high at the end of November – and fear that a third lockdown could be imposed in January. 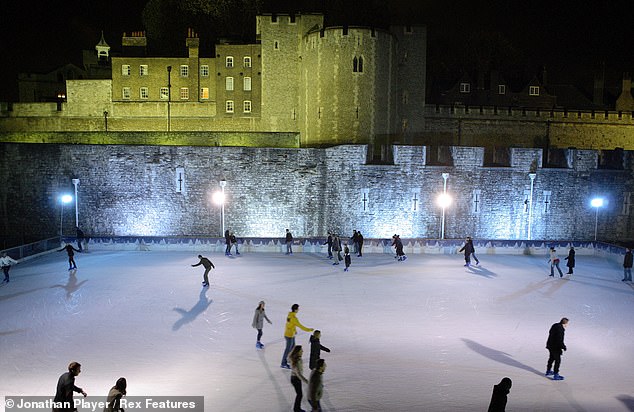 Doom: Plans were being made to store dead bodies in municipal ice rinks if hospital mortuaries filled up

The Ministers realised that Mr Johnson would face political flak for introducing the measures after weeks of resisting them, having decried Sir Keir Starmer’s call for a two-week lockdown just nine days ago. At the time, a Government source called the Labour leader ‘a shameless opportunist playing political games in the middle of a global pandemic. He says he wants a national lockdown but he’s refusing to vote for targeted restrictions in areas that need them most.’

It also represented an abandonment of Mr Johnson’s coveted strategy of region-by-region restrictions: to maintain at least the impression of continuity, it was agreed that on December 2 the regional variations would return – but as an incentive for ‘good behaviour’ the restrictions would be reviewed in the light of the latest infection rates.

After the meeting broke up, Mr Johnson decided to put the plans to the rest of the Cabinet during a phone call yesterday. The meeting was attended by Professor Chris Whitty, England’s Chief Medical Officer, and Sir Patrick Vallance, the Chief Scientific Adviser.

Ministers were shown evidence of rising infection rates across the country and SPI-M, the forecasting group that advises the Government, predicted the NHS would surpass its bed capacity by December 4 – even after elective procedures were cancelled – if measures were not taken. The Cabinet was also presented with modelling showing the South West could be where the North is in terms of infections by November 27.

The Prime Minister planned to make a statement to Parliament tomorrow setting out the measures and putting it to a debate and vote to appease rebellious Conservatives. In the end – thanks to a mysterious leak – most of them found out about them first from Saturday’s newspapers.