North Korea HAS created miniature nukes and has been developing its ballistic missile programme at an ‘intense pace’ despite coronavirus pandemic, UN report warns

The UN also found that the DPRK is continuing to build ballistic missiles and continues to dodge sanctions placed on the country.

The report, conducted by monitoring experts appointed by the Security Council, said that the regime has continued to find ways of buying and selling forbidden items despite the sanctions and its isolation during the coronavirus pandemic. 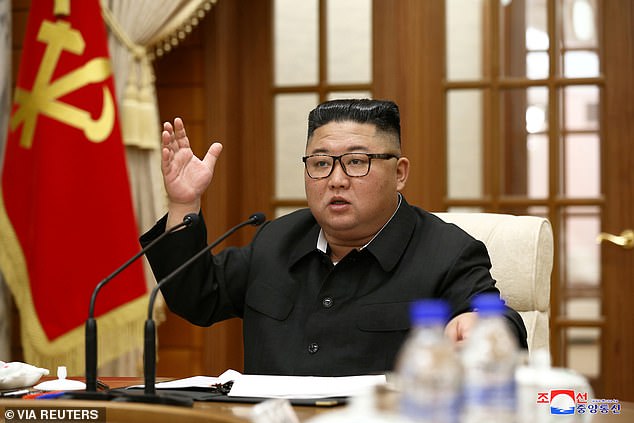 North Korea is now believed to have made a key breakthrough in their nuclear weapons programme by creating a nuclear warhead small enough to be carried on a ballistic missile, according to a report in The Times.

It comes after the country successfully tested an intercontinental ballistic missile with the ability to reach the US mainland in 2017.

North Korea is formally known as the Democratic People’s Republic of Korea (DPRK).

The report stated that the DPRK has continued to develop its ballistic missile programme ‘at an intense pace’ since the beginning of 2020. 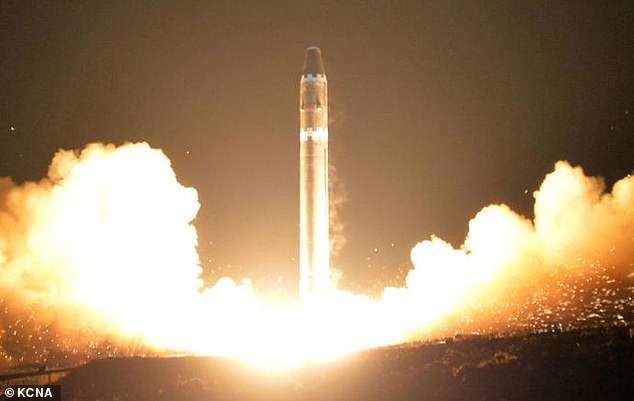 North Korea has successfully developed nuclear warheads small enough to be fitted to the nose of its ballistic missiles, a UN report has warned (file image) 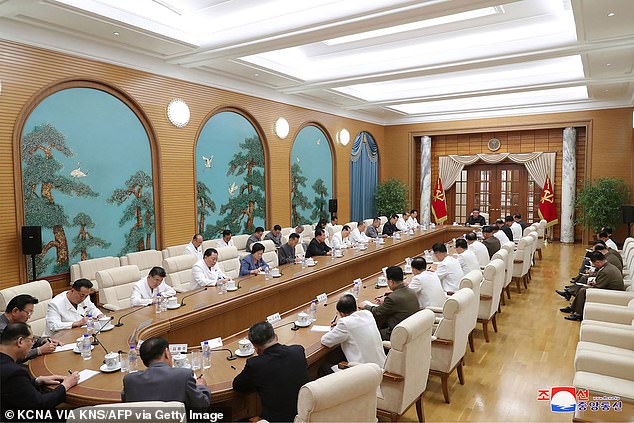 North Korean leader Kim Jong Un attends a meeting of the Political Bureau of the Central Committee of the Workers’ Party of Korea (WPK) in Pyongyang, above and below

It highlighted the ineffectiveness of sanctions to pressure leader Kim Jong-Un into giving up his weapons of mass destruction.

‘The Democratic People’s Republic of Korea has continued to violate Security Council resolutions through the illicit import of refined petroleum products through ship-to-ship transfers and direct deliveries [and] through illicit maritime exports of coal,’ it stated.

North Korea has said it has no confirmed cases of coronavirus, though some U.S. officials have cast doubt on that claim.

Already weighed down by tough international sanctions over its nuclear and ballistic missile programs, Pyongyang is also facing significant economic damage from strict border closures and other measures aimed at preventing a coronavirus outbreak and struggling to cope with damage from recent storms and flooding.

North Korea has been subjected to U.N. sanctions since 2006 over its nuclear and ballistic missile programs, while the Security Council has steadily strengthened sanctions in a bid to cut off funding for those programs.

North Korean leader Kim Jong Un and U.S. President Donald Trump have met three times since 2018, but failed to make progress on U.S. calls for Pyongyang to give up its nuclear weapons and North Korea’s demands for an end to sanctions. 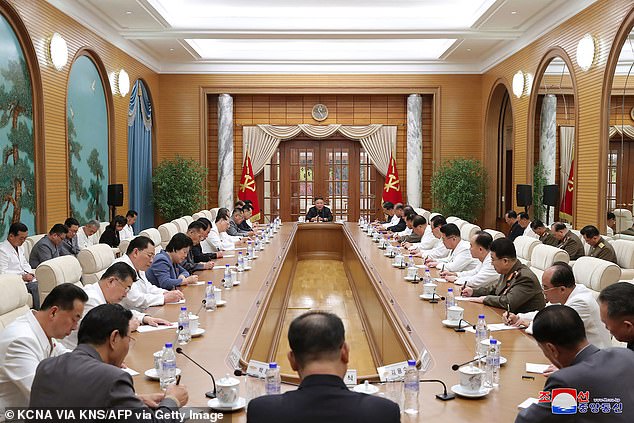 In May 2018 North Korea followed through on a pledge to blow up tunnels at its main nuclear test site, Punggye-ri, which Pyongyang said was proof of its commitment to end nuclear testing.

But they did not allow experts to witness the dismantlement of the site, amid rumours that it had already partially collapsed and was unusable.

The U.N. report said that as only tunnel entrances were known to have been destroyed and there is no indication of a comprehensive demolition.

One country had assessed that North Korea could rebuild and reinstall within three months the infrastructure needed to support a nuclear test.

The U.N. experts said North Korea is violating sanctions, including ‘through illicit maritime exports of coal, though it suspended these temporarily between late January and early March 2020’ due to the coronavirus pandemic.

‘The Panel continues to assess that virtual asset service providers and virtual assets will continue to remain lucrative targets for the Democratic People’s Republic of Korea to generate revenue, as well as mining cryptocurrencies,’ the report said.