The Denver Nuggets star launched a mid-court shot attempt with 2:39 remaining in Monday’s win over Miami when Morris delivered a well-timed elbow to Jokic’s midsection.

In response, the 6-foot-11, 284-pound Serbian center leveled the unsuspecting Morris with a violent elbow to the back that sent the NBA veteran tumbling to the ground. 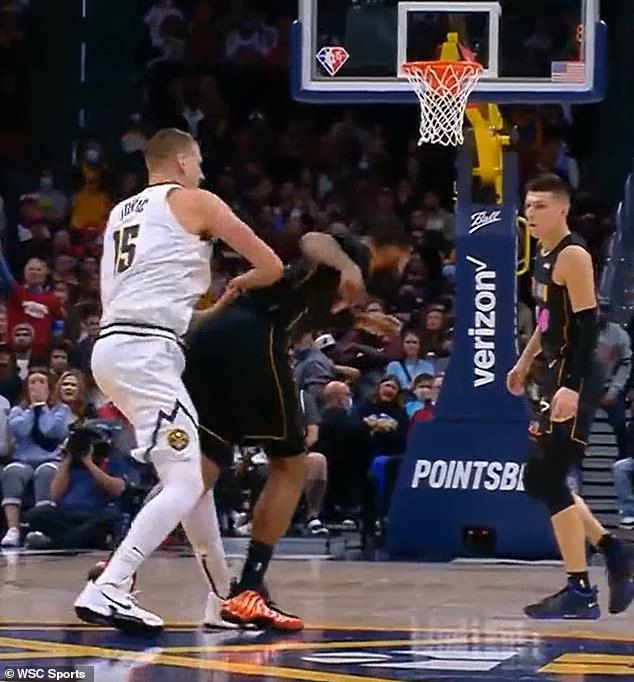 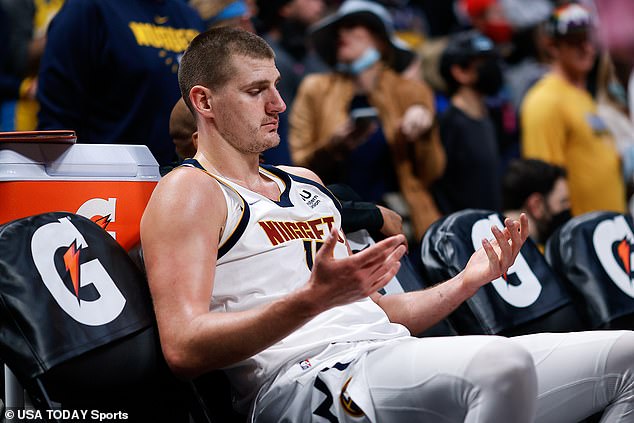 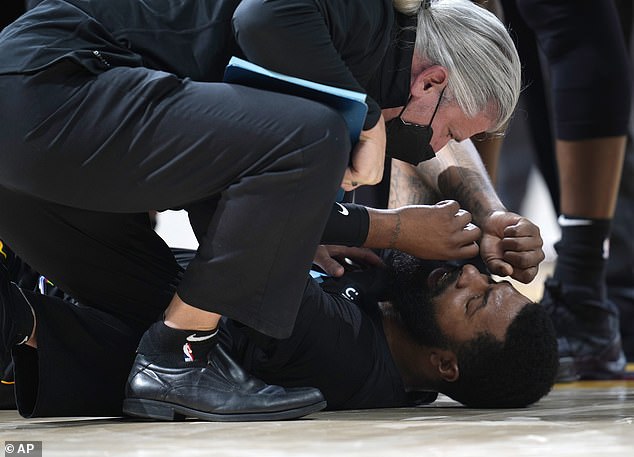 Miami Heat forward Markieff Morris, bottom, is attended to after being in an altercation with Denver Nuggets center Nikola Jokic 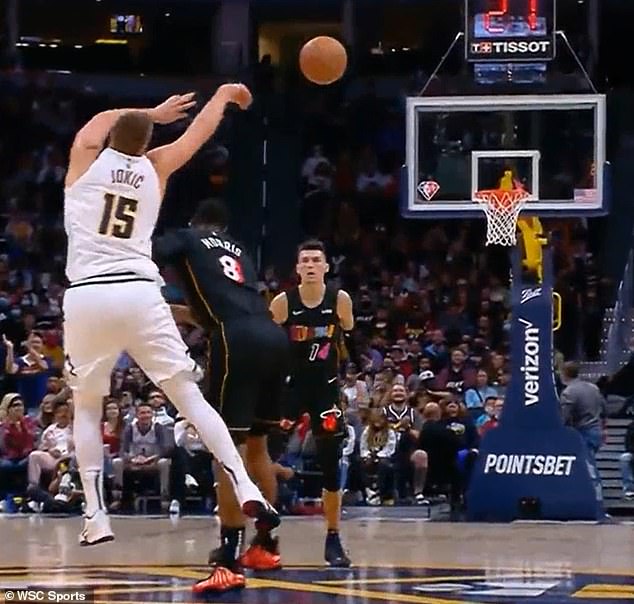 Jokic, the Denver Nuggets star, launched a mid-court shot attempt with 2:39 remaining in Monday’s win over Miami when Morris delivered a well-timed elbow to Jokic’s midsection 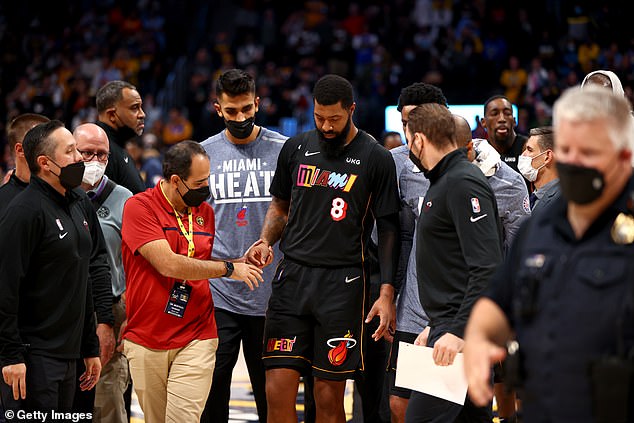 Morris, who was also ejected, is seen walking off the court after suffering a neck injury

With Morris crumpled on the court, other players rushed in to hold back Jokic, who continued to stare down at the injured Heat forward. Even Nuggets coach Michael Malone ran onto the court to stop an all-out brawl before walking Jokic back to Denver’s bench.

A stretcher was brought out for Morris, who suffered a neck injury, but he was able to walk off the court under his own power.

Both Morris and Jokic were ejected, while Miami’s Jimmy Butler was given a technical for threatening to fight the

Afterwards, Jokic claimed he was protecting himself by fouling Morris with a 17-point lead in the fourth quarter. However, he did express regret. 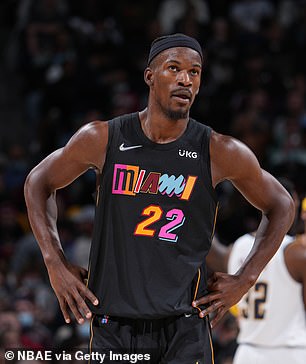 ‘It’s a stupid play,’ Jokic said. ‘I feel bad. I am not supposed to react that way.

‘[Morris] took a foul, and it was one of those fastbreak take fouls, and he did with his shoulder,’ Spoelstra said of Morris’s foul on Jokic.

‘You might deem that maybe as a little bit more than just slapping somebody, but after watching it on film, it was a take foul. That’s how I saw it.

The 26-year-old Jokic could face a suspension or fine from the NBA for the foul.

He had recorded his first triple-double of the season Monday night, with 25 points, 15 rebounds and 10 assists. 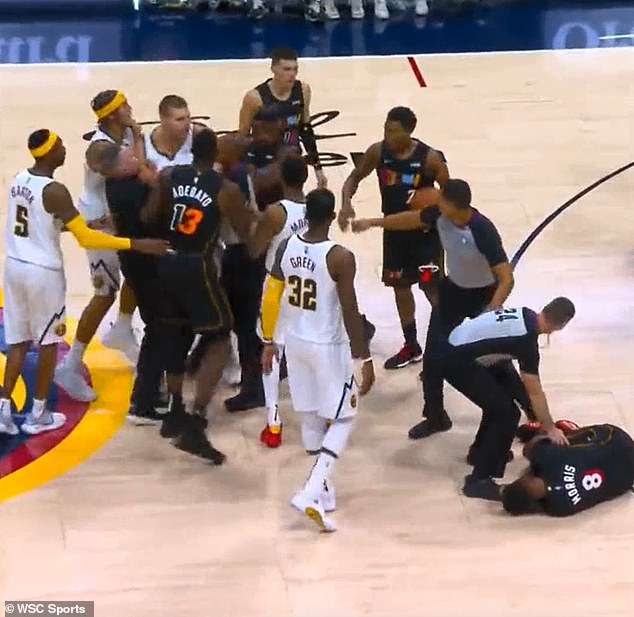 Brawls are rare in the NBA these days, and Monday’s exchange did not escalate any further