A paedophile football coach posed as teenage girls online to convince 51 boys to send indecent photos and footage of themselves.

Former youth team coach David Wilson, 36, persuaded victims aged four to 14 to give him the material before blackmailing them into sending more extreme videos.

Wilson – of King’s Lynn, Norfolk – used unregistered phones to send sexual images of young women from the internet in exchange for the boys sending him videos and images of themselves.

Wilson built up trust with his victims before blackmailing them into sending him more extreme footage of themselves – and in some cases, of them abusing younger siblings or friends. Some boys were left suicidal by the abuse.

The National Crime Agency, which had investigated Wilson for two years, described him as one of the most prolific child sexual abuse offenders they had come across.

But investigators unearthed evidence of as many as 500 victims sending him images – and of Wilson contacting at least 5,000 children in the UK and abroad. 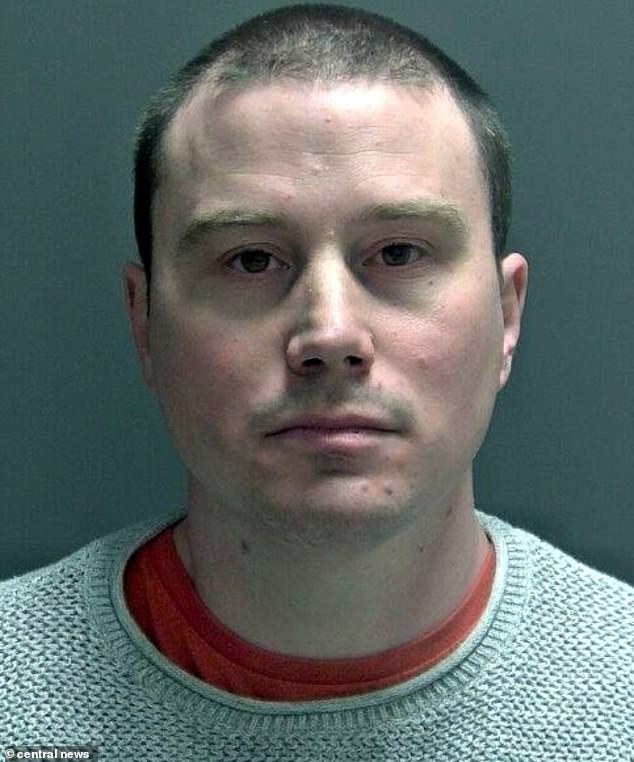 David Wilson, pictured, has been described as one of Britain’s most prolific abusers after he admitted 96 sex abuse offences against 51 boys but police fear he may have targeted up to 5,000 children across the UK, Australia and America due to evidence unearthed on Facebook

He showed no compassion, even when some victims begged him to stop – and several of his child victims even admitted to wanting to end their lives due to the suffering Wilson put them through.

It took a court clerk around 30 minutes to read out all the charges, and for Wilson to plead guilty to each of them in turn. 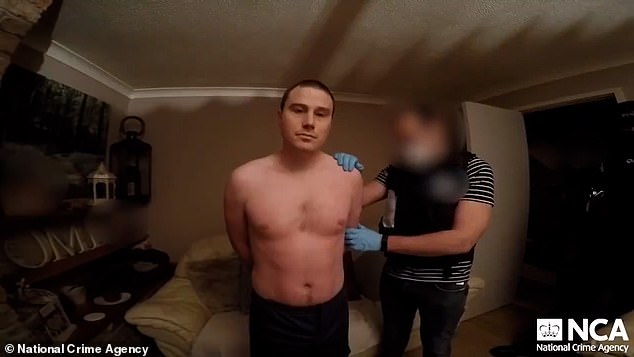 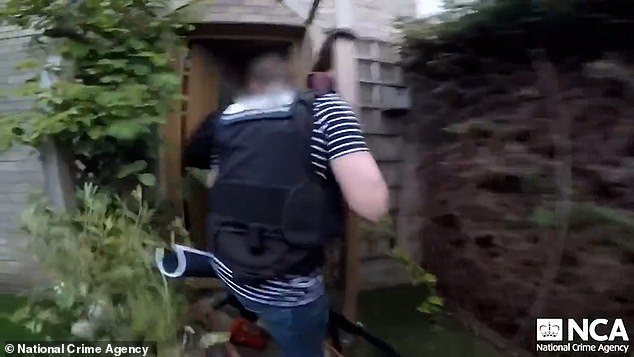 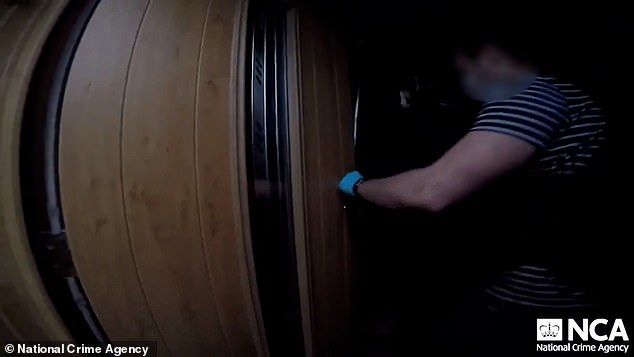 Other charges involved intentionally facilitating the sexual exploitation of children by sending on images of those children.

The agency said Wilson, who is due to be sentenced in January, is one of the most prolific child sexual abuse offenders the NCA has ever investigated.

In June and July 2017, Facebook identified 20 accounts of boys ranging from 12 to 15 years old, who had sent indecent images of themselves to an account seemingly belonging to a 13-year-old girl.

The material was forwarded to the NCA for investigation by NCMEC – the US National Center for Missing and Exploited Children – which receives industry referrals before disseminating them to law enforcement agencies to investigate.

The NCA uncovered key evidence against Wilson, including IP addresses used to commit the offences resolved to his house.

The Agency also uncovered CCTV footage of him buying a top-up voucher for a phone number linked to one of the fake Facebook accounts.

When he was arrested in August 2017 the phone used to commit some of the offences was hidden in his bedroom.

He was released on bail for the investigation to continue.

The NCA uncovered a web of false social media identities he used to commit offences and received dozens more referrals from NCMEC between November 2017 and January 2018.

In total, Facebook material made up 90 referrals from NCMEC to the NCA.

The relevant evidential material contained more than 250,000 messages to victims across the UK, Australia, and America.

Tony Cook, NCA head of child sexual abuse operations, said: ‘David Wilson is a prolific offender who has caused heart-breaking suffering to some of the boys and their families in this case.

‘He was able to gain the boys’ trust and exploit their use of social media using well practiced techniques to convince them he was genuinely a young female who was interested in them. 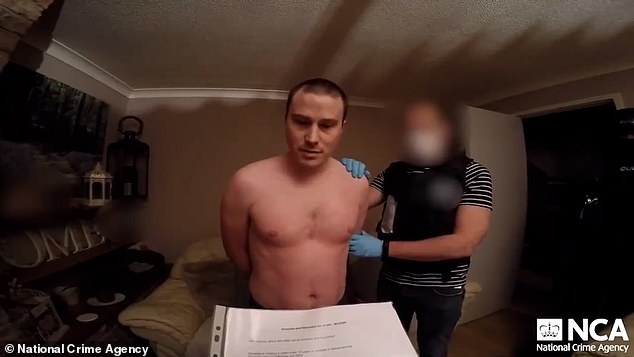 In a video shared by the NCA, Wilson (pictured) can be seen rolling his eyes as an officer reads out the offences he is suspected of committing at the time of his arrest in August 2017

‘He then manipulated or forced them to send images of themselves or other children which he craved.

‘He knew the anguish victims were suffering but ignored any pleas from them to stop until he got what he wanted from them.

‘Wilson retained material the children had sent and used the threat of sharing it among their friends to control them.

‘I commend the victims and their families for their bravery in helping the prosecution and our investigators for painstakingly and tenaciously proving Wilson was responsible.

‘Wilson is an example of adult sexual offenders who use the internet to hide their real identities, using plausible online personas to exploit children.

‘I would implore them to think carefully about their interactions online and be aware of the hurt and long-term damage manipulative offenders like Wilson cause.’

In the wake of the tragedy, police chiefs have called for Facebook to reconsider its move towards end-to-end messaging encryption which they say will likely allow predators like Wilson to go undetected.

Rob Jones, NCA Director of Threat Leadership, said: ‘This was a major investigation which has brought a very dangerous offender to justice.

‘It’s chilling to think Wilson wouldn’t have been caught if Facebook had already implemented their end-to-end encryption plans which will entirely prevent access to message content.

‘The NCA, wider law enforcement and child safety groups are clear that the move will turn the lights out for policing and effectively provide cover for offenders such as Wilson. 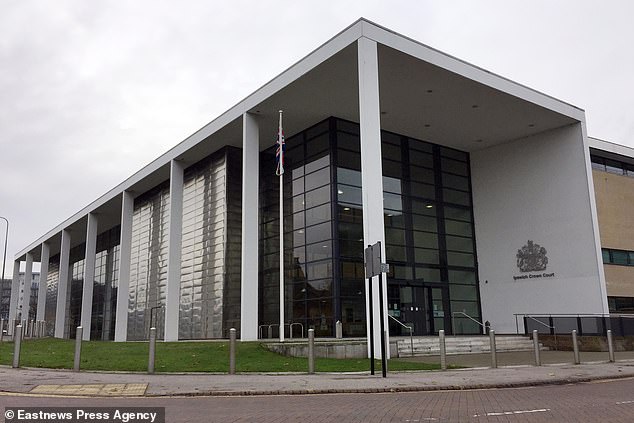 ‘Facebook Messenger is already protected by strong encryption that still enables the company to detect grooming and known abuse images.

‘It was Facebook’s initial identification of Wilson’s accounts in June and July 2017 which provided the intelligence that started this investigation.

‘Had that content been end-to-end encrypted, there is a real risk that justice would not have been served and Wilson would still be abusing victims today.’

The NCA urges anyone who has been the victim of a similar crime to report the matter to their local police, or seek information and advice from the Thinkuknow website.

Should you invest in Ethereum (ETH) as price breaks $600?