Barcelona BOMBSHELL: Outgoing president Josep Bartomeu reveals he gave the club’s approval to be part of new European Super League a day before resigning as he finally steps down along with his beleaguered board

Barcelona president Josep Bartomeu announced his resignation from the club on Tuesday night but claimed to have ratified the club’s participation in a European Super League before he quit.

The Catalans are one of several European clubs who would likely become part of the new competition, which is threatening to replace the Champions League in the coming years.

And Bartomeu confirmed that one of his final actions as president of the LaLiga club was to given the all-clear from Barcelona towards the new idea. 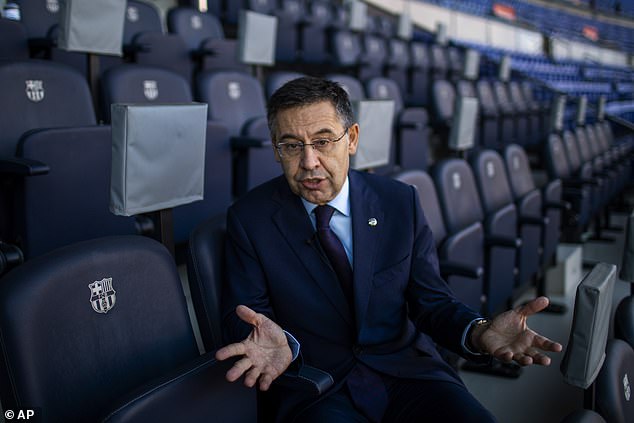 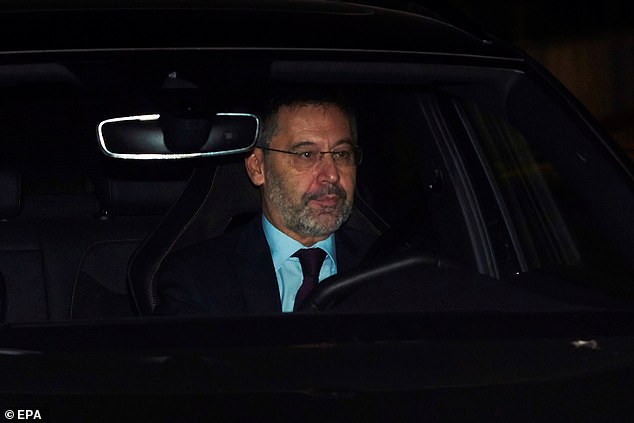 ‘Yesterday at the board meeting I approved the requirements [for the club] to be part of a European Super League,’ said Bartomeu in his resignation news conference.

‘The European Club Super League will guarantee sustainability to the club and ensure it continues to belong to the members,’ added the out-going president who finally brought down the curtain on a tumultuous reign that almost culminated this summer in the departure of a disgruntled Lionel Messi.

Of Bartomeu’s European Super League boast, La Liga president Javier Tebas tweeted: ‘Unfortunate that Bartomeu announced on his last day the participation in a phantom competition, which would be the ruin of Barcelona, ratifying his ignorance in the football industry.’ 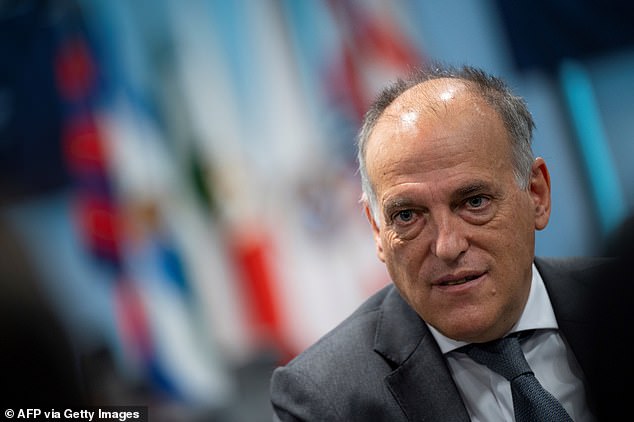 Bartomeu has already been dubbed the ‘worst president in Barcelona’s history’ by media in Spain. The club will now hold elections to vote in his successor.

‘I am appearing before you to communicate my resignation and that of the rest of the board of directors,’ Bartomeu said at 20.45 local time just as Champions League matches were about to start around Europe. He then spoke for 35 minutes without accepting questions. 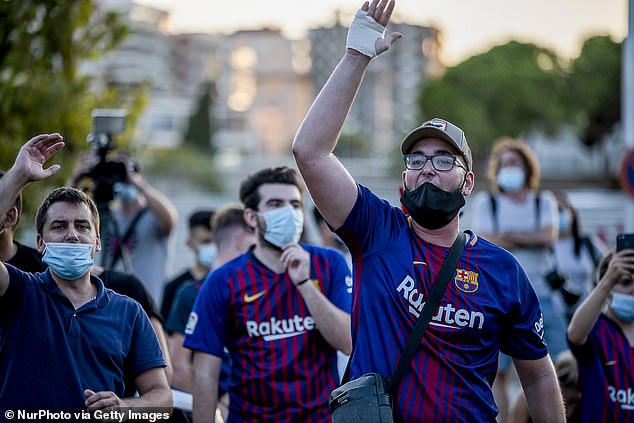 Relegation could form part of the new league, and it is believed that some ideas from an earlier iteration could be adopted within this new proposal.

UEFA have already shown their disapproval towards the new tournament, claiming last week: ‘The principles of solidarity, of promotion, relegation and open leagues are non-negotiable.

‘It is what makes European football work and the Champions League the best sports competition in the world.

UEFA and the clubs are committed to build on such strength not to destroy it to create a super league of 10, 12, even 24 clubs, which would inevitably become boring.’ 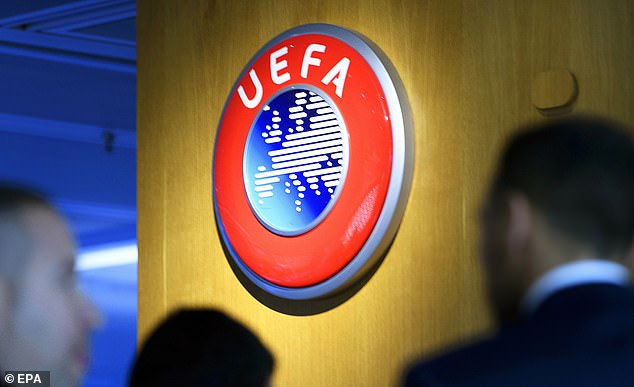 Bartomeu was vice-president in January 2014 when Sandro Rosell resigned and he replaced him as president.

He then won an election in 2015 after the team won the treble. But that was the last time Barcelona achieved success in Europe and off the field the club have stumbled from one disaster to another.

A recent vote of no-confidence had amassed over 20,000 signatures from club members and a referendum was due to take place at the start of November to oust him.

That will now not be necessary as the club move into a new era, first under the stewardship of temporary president Carles Tusquets who is obliged to call elections within the next three months.

Bartomeu’s last week in charge was as chaotic as most of his final year. On Monday he had insisted: ‘there is no reason to present my resignation. It is not a good idea to leave the club in the hands of an administrator.’

With local governement giving the go-ahead for the referendum to vote him out he had little choice but to walk. 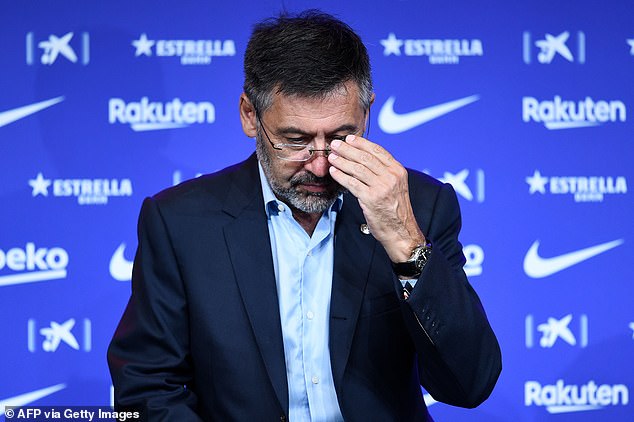 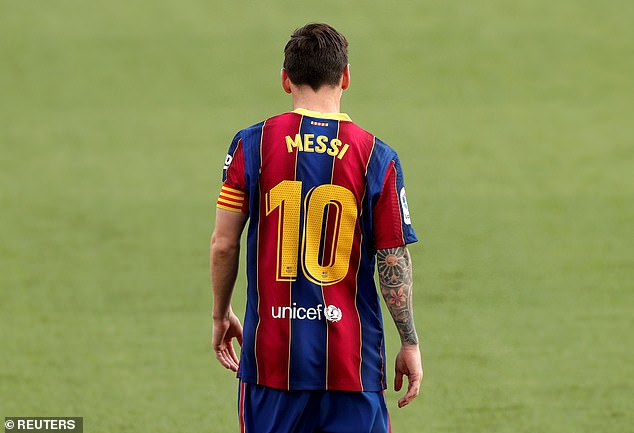 Bartomeu had many controversies at Barcelona this year, which nearly saw Lionel Messi leave

Messi will claim an assist. When he almost quit for Manchester City seven weeks ago he said: ‘The the truth is that there has been no clear project here for a long time, they juggle and plug holes with no real plan.’

Just as scathing of the board was Gerard Pique who said in a recent interview: ‘I find it incredible that the club has spent money on criticising not just people outside the club but players still playing here.’

That was a reference to the club hiring I3 Ventures, a social media firm contracted to monitor presence online, but later linked to social media accounts that carried negative stories about figures at the club.