Manchester United manager Ole Gunnar Solskjaer could be without both Paul Pogba and Marcus Rashford for the trip to Southampton on Sunday afternoon.

Midfielder Pogba did not train on Friday and is unlikely to recover for this weekend’s tough test after picking up a different ankle injury to last season.

While Rashford faces a race against time to be fit after taking part in training as Solskjaer provided an update on his list of injured stars. 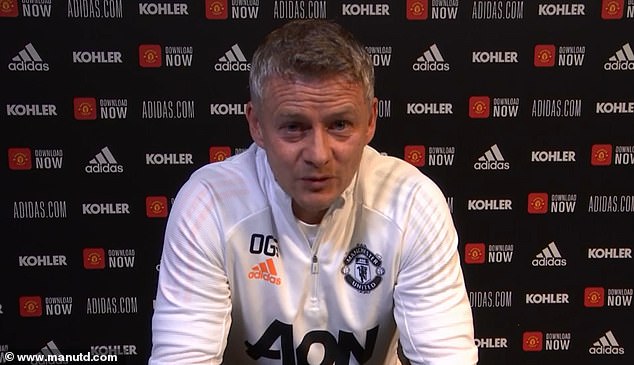 ‘Scott [McTominay] and Paul didn’t train this morning, they weren’t on the grass so look very unlikely for the weekend,’ Solskjaer said on Friday.

‘Marcus, Victor [Lindelof], Aaron [Wan-Bissaka] came through the session today so not 100 per cent.

‘Luke [Shaw] has just started his rehab, not out on the team yet, Jesse’s [Lingard] back from his isolation period, had a couple of days training and Phil Jones is out until after Christmas sometime.’

Pogba, who has flitted in and out of the side this campaign, was not in the squad for United’s 1-0 win over West Brom last weekend and missed out again in midweek when they secured a 4-1 victory over Istanbul Basaksehir in the Champions League.

Rashford scored a penalty in that win in Europe and was substituted after 59 minutes.

Pub and restaurant bosses say they are 'better off furloughing staff'

In Lithuania, COVID-19 is a key election issue – but not in the way you might think