Boris Johnson has been warned to urgently rethink planning reforms after they were blamed for the Conservatives‘ crushing by-election defeat in Chesham and Amersham.

The Liberal Democrats this week won the Buckinghamshire seat that has been a Tory stronghold since its creation in 1974 after overturning a majority of more than 16,000 votes.

The HS2 rail line being built through the constituency was a major issue in the campaign, as was the proposed planning reforms that have sparked fears about building in the countryside around the seat in the Chilterns.

Cabinet colleagues claim the Prime Minister now risks alienating more southern Tory voters if action isn’t taken, with some calling for the proposals, due to be introduced to the Commons shortly, to be watered down.

Conservative Party co-chair Amanda Milling said the ‘concerns about planning and HS2 were loud and clear’.

‘I am in no doubt that this result is a warning shot,’ she wrote in the Telegraph, adding ‘the people have spoken and we have heard them’. 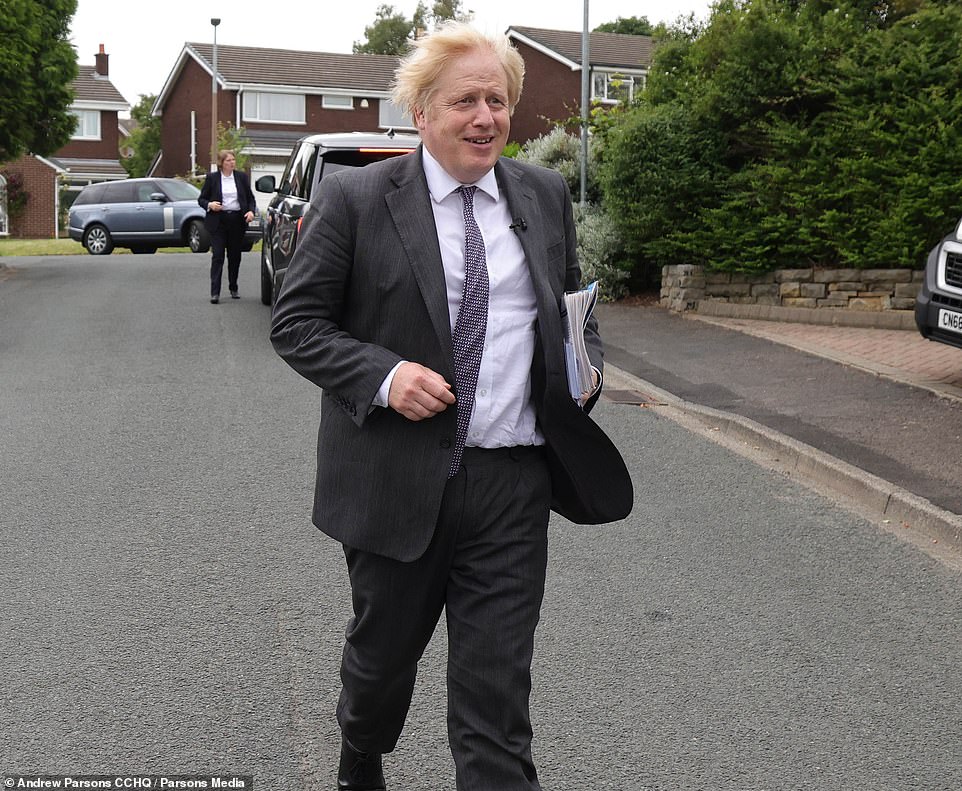 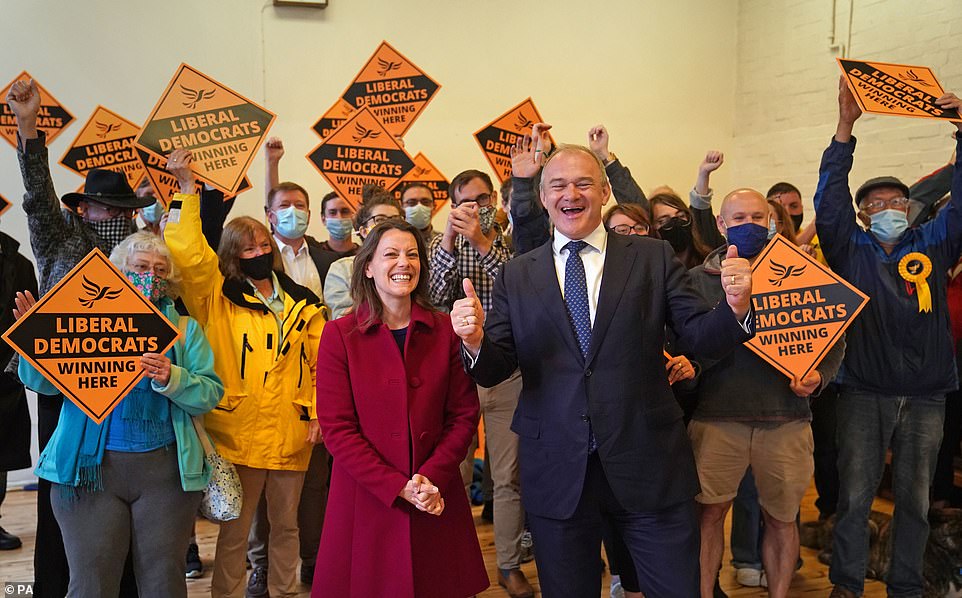 The Liberal Democrats this week won the Buckinghamshire seat that has been a Tory stronghold since its creation in 1974 after overturning a majority of more than 16,000 votes

With a target of building 300,000 new homes a year in England, ministers want to overhaul the planning system, arguing reforms would boost the building of high-quality, sustainable homes, by streamlining the process and cutting red tape.

Critics warn the plans will undermine local democracy by removing the public’s right to be heard in person and would strip elected planning committees of development decisions.

Indeed, a total of nearly 100 Tory MPs are part of a WhatsApp group called Planning Concern, in which grievances have been aired, according to the Telegraph.

Former Cabinet minister Damian Green warned the Tories could become ‘disconnected’ from voters if the party fails to listen following the by-election defeat by improving the ‘thin’ level of oversight in the plans.

He told BBC Radio Four’s Today programme: ‘What you have to do as a political party is listen and what I really don’t want to happen to the Conservative Party, my party, is to repeat the mistakes of the Labour Party that disconnected itself from voters it thought it could take for granted.

‘People want some form of local control … people don’t want to feel that they’re going to have developments dumped on green fields near them when they and their local representatives have had no say over it.

Meanwhile, former environment secretary Theresa Villiers urged ministers ‘to use this as an opportunity to rethink their approach to planning reform’.

‘This by-election result should pave the way for a reduction in housing targets for the London suburbs and the South East,’ the Tory MP for Chipping Barnet wrote in the Telegraph.

‘We need a fairer distribution of new homes across the country, rather than seeking to cram so many thousands more into the crowded South. There needs to be a stronger focus on brownfield sites in urban inner city areas.’

Former leader Sir Iain Duncan Smith also said many in the South were angry about Mr Johnson’s planning reforms, which they fear will allow developers to build the wrong buildings in the wrong places.

‘That is a theme that is running through a lot of constituencies right now – particularly in the South and in London,’ he said.

‘I urge the Government to think carefully about the next stage of this. We need to hold these seats as much as we need to win seats elsewhere.

‘If we don’t pause to listen to what the concerns are before proceeding, then we will run the risk of having this repeated.’ 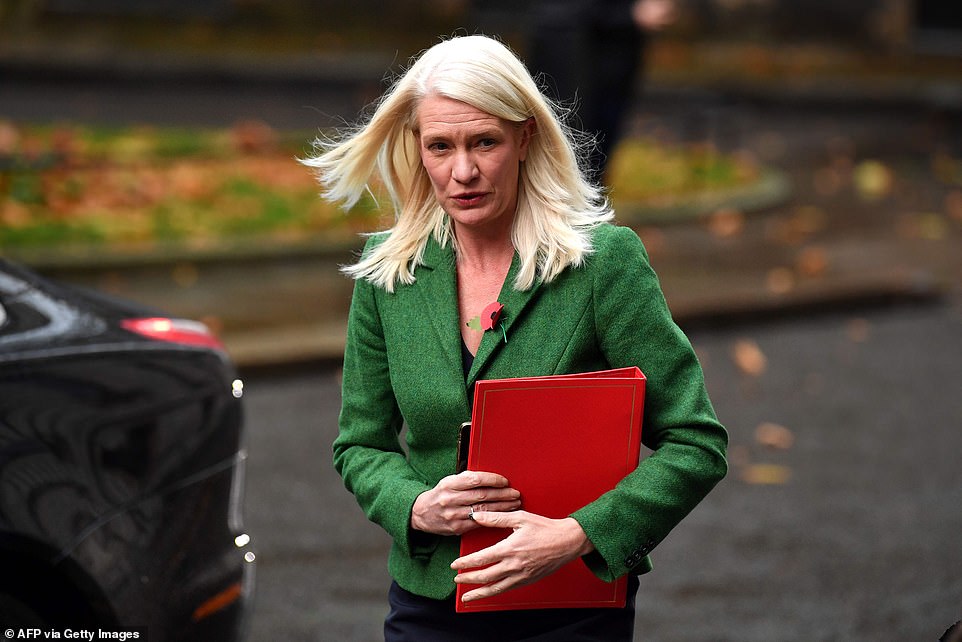 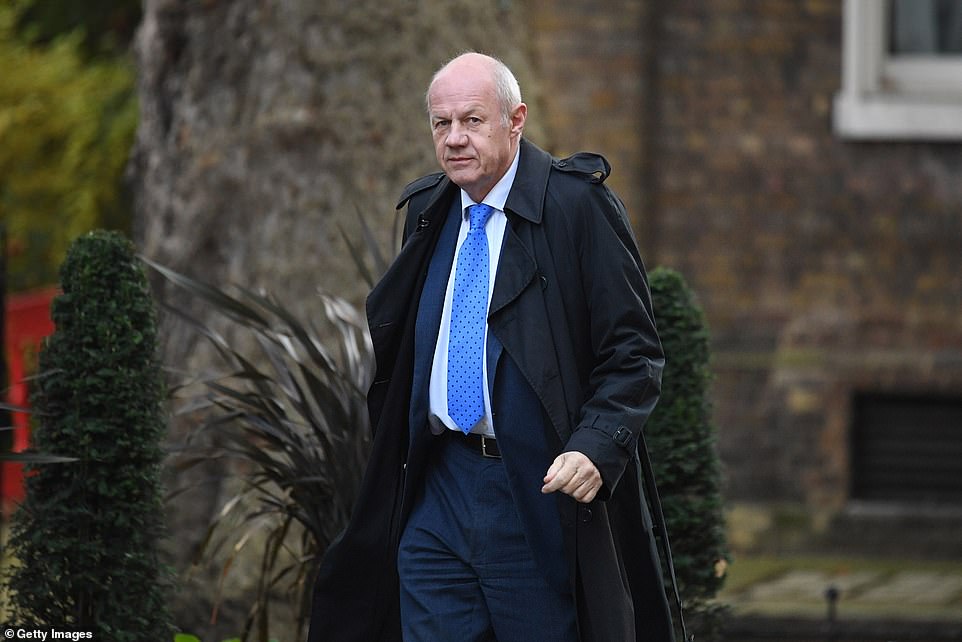 Mr Johnson conceded ‘it was certainly a disappointing result’ when asked if he was neglecting voters in the South in favour of those in the North, but insisted: ‘We believe in uniting and levelling up within regions and across the country.’

Sir Ed Davey said his party’s victory would ‘send a shockwave through British politics’ while claiming the result demonstrated the ‘Blue Wall’ of Tory southern seats could be vulnerable.

Planning proposals include creating zones for growth, renewal or protection, with development in growth areas preapproved for developments as long as they meet local design standards.

This forms a central part of critics’ concerns. They argue the zoning system could radically reduce protections for nature and green spaces while failing to tackle the climate crisis.

The by-election was triggered by the death of former Cabinet minister Dame Cheryl Gillan, who took the seat with a majority of 16,233 in the 2019 general election – some 55% of the vote.

However, Lib Dem Sarah Green took 56.7% of the vote to secure a majority of 8,028 over the second-placed Tories.

Labour trailed the Greens in fourth place, winning just 622 votes and losing the party’s deposit in the process.

Polling expert Sir John Curtice told BBC Radio 4’s Today programme that he made it the ‘worst Labour performance in any by-election’ after the party took just 1.6% of the vote.

One of Labour leader Sir Keir Starmer’s closest aides told staff he was standing down in the wake of the dire result.

Ben Nunn said he remained convinced that Sir Keir ‘will be a great prime minister’ as he announced he was quitting as director of communications.