Tower Bridge was closed by City of London Police today as officers ‘dealt with a person who has climbed the structure.’

Photographs showed a person holding onto the landmark in the capital at about 11.45am this morning.

The bridge reopened around 12.25pm, though it remains unclear what happened to the person who scaled the bridge.

London bus routes 42, 78 and 343 were affected by the incident while drivers were diverted around the area, before the road reopened around an hour later. 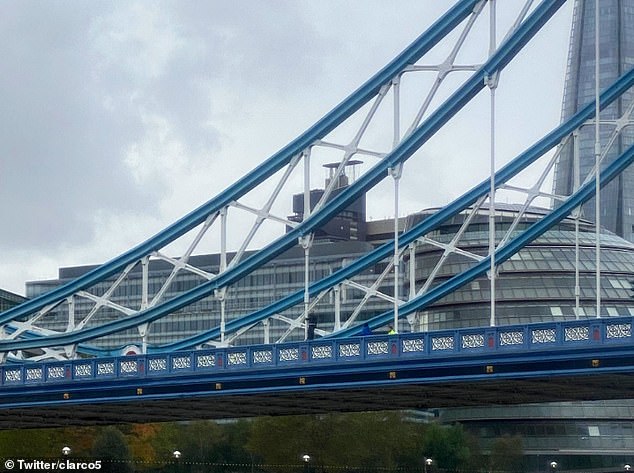 Photographs showed a person holding onto Tower Bridge in London at about 11.45am today

A police spokesman said: ‘Tower Bridge is currently closed while we deal with a person who has climbed the structure.’

The force later added: ‘The bridge has now been reopened. Thank you for your patience.’

It comes after the bridge was shut for over 24 hours in August due to a ‘mechanical fault’ when it failed to close after allowing a ship to pass along the River Thames.

Engineers rushed to fix the bridge with drivers urged to avoid the area and queues of motorists and pedestrians were left waiting from both directions.

In June 2005, police closed the bridge for ten hours after a technical problem meant the arms could not be lowered after it was raised to let a tall boat pass through.

For confidential support call the Samaritans on 116123, visit a local branch or go to www.samaritans.org 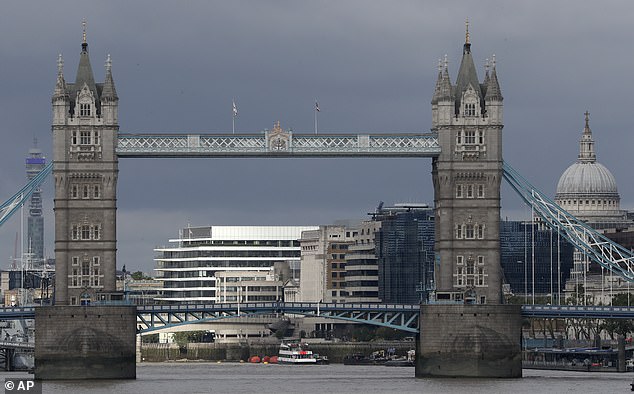