Professor of Immunology: Pfizer reduces severe symptoms of corona by 89% 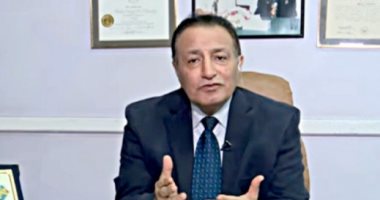 Dr. Abdel-Hadi Mesbah, a professor of immunology, said that the talk about the fact that there are two medicines to confront the Corona virus, is good news, especially for those who are exposed to the disease in a fierce manner, especially since the two medicines work on the virus itself, other than medicines that are also taken as anti-inflammatories.

And he added, during an intervention via Skype, on the “From Egypt” program, via the “CBC” satellite channel, with the media, Amr Khalil, that Pfizer reduces dangerous symptoms by 89%, especially for those who suffer from weak immunity or tumors, pointing out that a British drug will be sold from 5 to 7 billion dollars over the next year, and Pfizer talked about it would sell more, so Pfizer’s stock rose, as there was competition between pharmaceutical companies.

And Dr. Abdel Hadi Mosbah, a professor of immunology, added: “Pfizer has set a plan to sell $36 billion in vaccines only next year.”

‘we expect a strong bounce back in Q1’

‘we expect a strong bounce back in Q1’