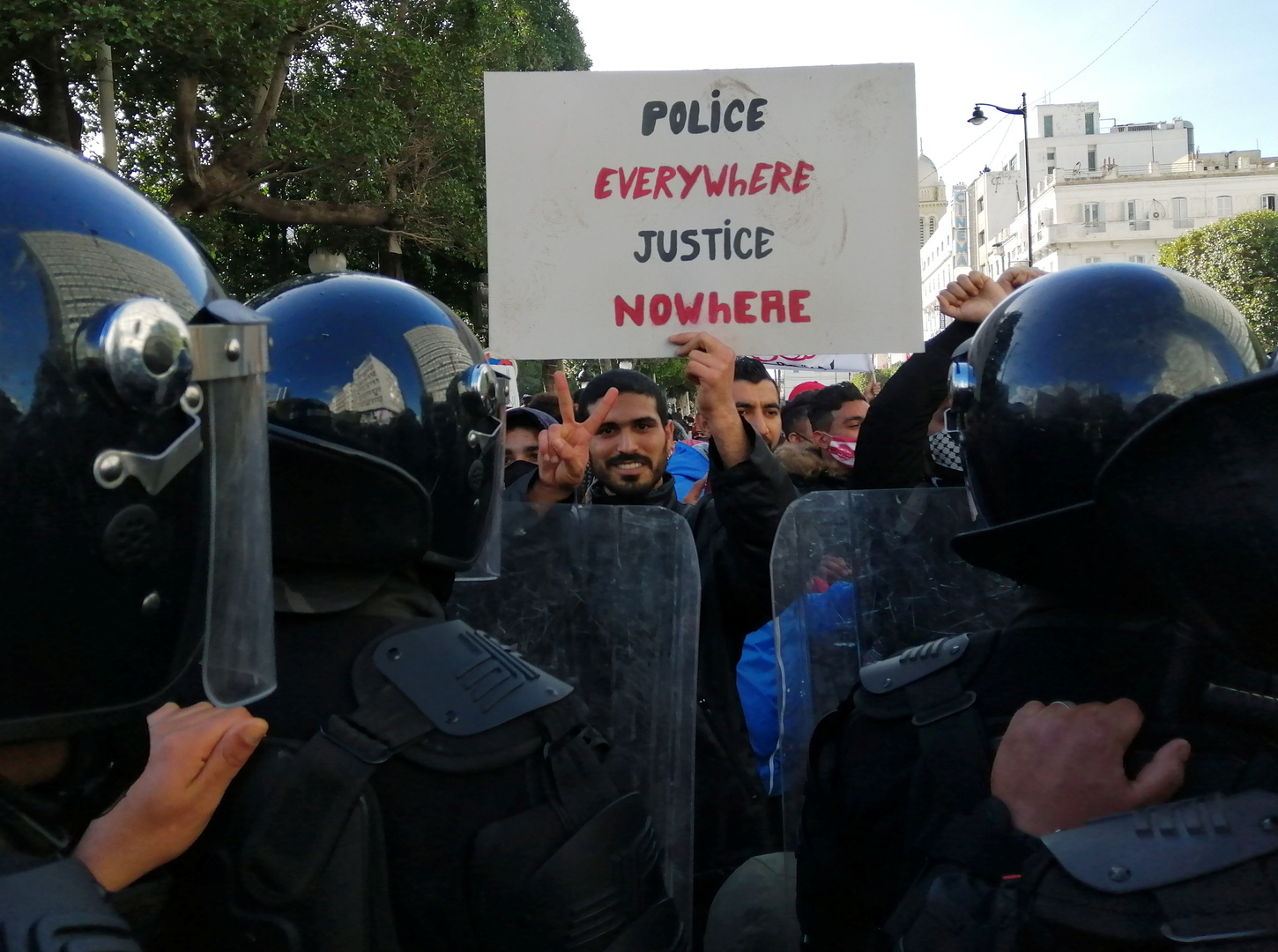 Today, Tuesday, the Tunisian security forces closed roads leading to the Assembly of the Representatives of the People, due to the protests in the capital.

According to Tunisian media, the protesters began to gather in many neighborhoods, especially in the Tadamon neighborhood, while the security forces set up barriers to prevent the protesters from reaching the vicinity of Parliament in Bardo, and intensified their presence.

This popular anger comes after the announcement of the death of a protester who was injured during clashes with police in the Tunisian city of Sbeitla.

The family of the late Haykal Al-Rashidi confirmed to local media that the deceased was injured by a tear gas canister, while participating in the demonstrations that broke out this month, on the anniversary of the revolution.

The public prosecutor’s office in Kasserine, the largest city near Sbeitla and about 3 hours south of Tunis, ordered an autopsy to determine the cause of Al-Rashidi’s death.

After the news of his death spread, a group of young men tried to storm the police station in Sbeitla and burn it, which led to more clashes, and units of the Tunisian army deployed to protect public and private facilities in the city, where his family accused the security forces of killing him.

It is noteworthy that since last Thursday, several governorates and neighborhoods in the capital, Tunis, have been witnessing night protests, interspersed with clashes with security men, coinciding with the entry into force of a night curfew, as part of measures to combat the Corona epidemic.

FEMAIL tests out the best Christmas crackers on offer this year

Government support during the Corona epidemic until January 25, 2021

Jamie Foxx reveals his sister DeOndra Dixon has died at 36

Several SAGE members are given gongs in Queen’s honours