Nearly 40,000 people have signed a petition urging prosecutors to re-examine the case of Chanel Lewis, a mentally disabled black man who was sentenced to life in prison for the 2016 murder of Queens jogger Karina Vetrano.

The petition, which was delivered on Tuesday to the office of Queens County District Attorney Melinda Katz, wants the case referred to the Conviction Integrity Unit.

The CIU was founded when Katz entered office in January of last year. It was formed to review past convictions where there are credible claims that the defendant is actually innocent.

The petition was organized by an alliance of advocacy groups including Color of Change, VOCAL-NY, and Housing Justice for All.

The petitioners claim that the Lewis case fits the criteria given ‘a history of prosecutorial misconduct on the part of prosecutor Brad Leventhal.’ 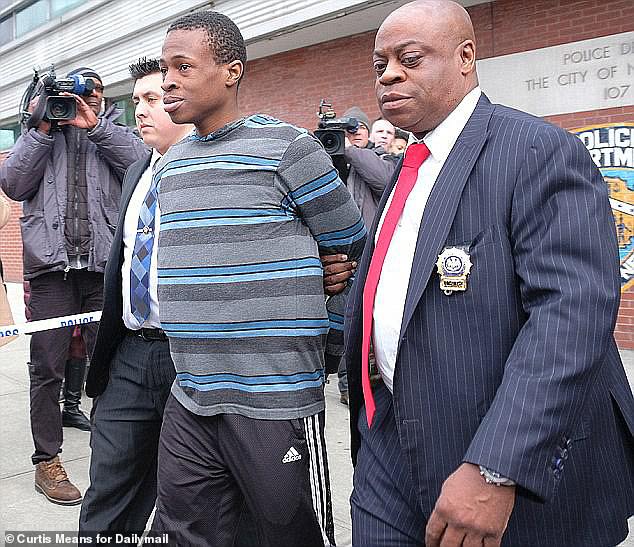 Nearly 40,000 people have signed a petition urging prosecutors to re-examine the case of Chanel Lewis, a mentally disabled black man who was sentenced to life in prison for the 2016 murder of Queens jogger Karina Vetrano. Lewis is pictured after his arrest in 2017 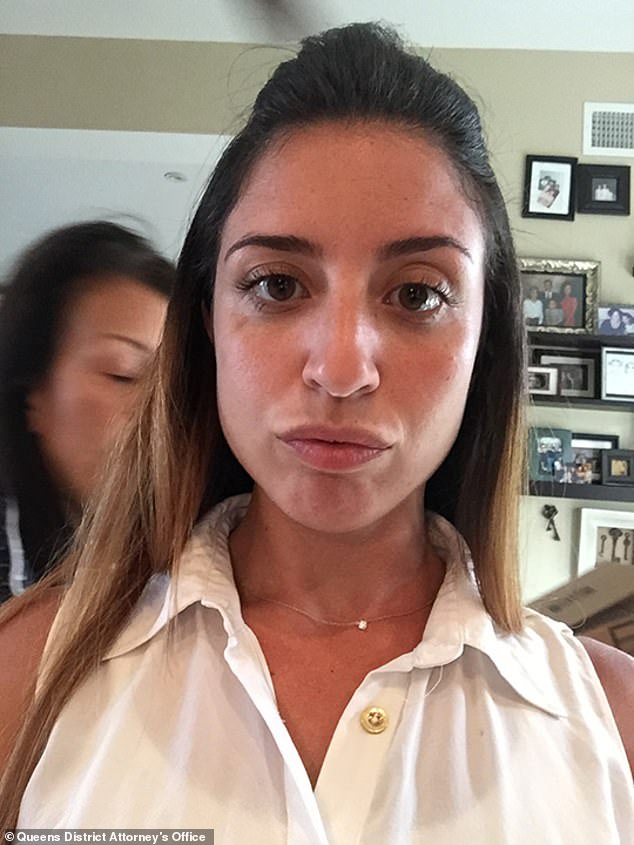 The last photo of Karina Vetrano at her Howard Beach home moments before leaving for a jog on August 2, 2016

They also cite ‘concerns over the use of racial profiling in Lewis’ initial arrest’ and a ‘mid-trial disclosure of significant scientific evidence.’

The activists also argue that there are ‘credible claims by the defense that the confessions the prosecution relied upon in court were coerced by police.’

The advocacy groups argue that Katz made a pledge during her successful campaign to revisit the Lewis conviction.

DailyMail.com has reached out to Katz’s office seeking comment.

‘This is totally an injustice on the Lewis family,’ family friend Burchell Marcus told NY1.

‘They are under duress and stress because of the wrongful conviction of their loved one. I want to call on Melinda Katz to do the right thing.’

‘We had a Central Park Five, we will not have a Howard Beach One with Chanel Lewis,’ said community advocate Michael Thomas.

The Central Park Five was a group of black and Latino youths who were wrongfully convicted and sentenced for the assault and rape of a white woman who was jogging in Central Park in 1989.

In April 2019, Lewis was sentenced to life in prison after he was convicted in the killing of Vetrano, 30. His first trial ended in a hung jury. He was then found guilty at the end of his second trial in November 2018.

A jury found Chanel Lewis, 22, guilty of murder and sexual abuse at his retrial in April 2019 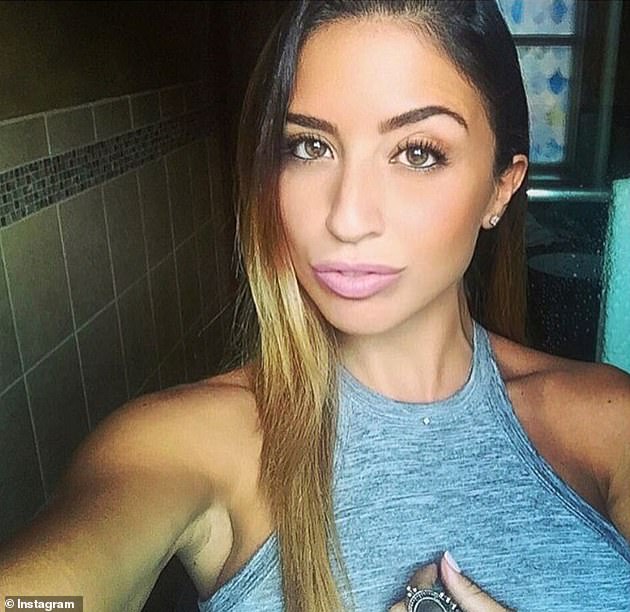 Karina Vetrano, 30, went missing on August 2, 2016, after she was last seen jogging near her home in Howard Beach

After the conviction, one of the jurors, Christopher Gooley, accused other jurors of violating the judge’s orders not to discuss the case before deliberations.

Gooley told The New York Times that he has doubts about Lewis’s guilt and that he was pressured to convict him despite his misgivings.

The Queens District Attorney’s Office filed paperwork with the court with statements from at least six jurors denying Gooley’s claims.

‘While there is no denying that Karina Vetrano’s death is tragic and that her family and friends suffered a great loss, every aspect of this case – from the police investigation to jury deliberations – was propelled by a desire to convict at all costs,’ the Legal Aid Society, which represents Lewis, said in a statement.

‘This was done without any concern for Mr. Lewis’s constitutional rights to due process and a fair trial.

‘We will appeal this case to the Appellate Division to secure Mr. Lewis the justice that he deserves.’

Phil Vetrano found his 30-year-old daughter’s body, sexually abused and strangled, in a park where they often went for runs together.

The attack redoubled the wariness of women who run alone, and it baffled investigators for a time. Lewis was arrested six months later.

Authorities said his DNA was found on Vetrano’s neck and cellphone and in a mixture of DNA under her fingernails.

His own phone contained downloaded photos of the crime scene and searches for information about the case, police said.

And Lewis recorded a confession, saying he was upset at someone else – a neighbor of his who played loud music – and ‘lost it’ when he saw Vetrano.

‘One thing led to another,’ he said in the confession. ‘Hitting her and stuff like that.’ 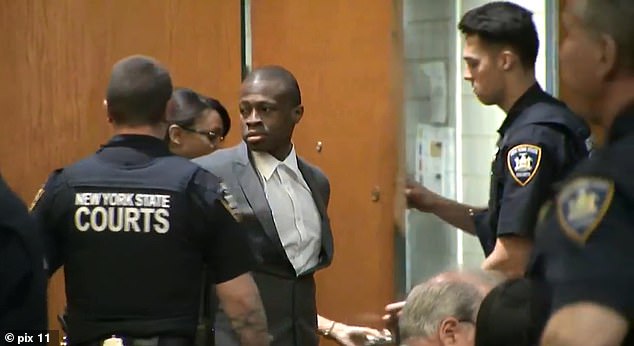 Lewis said he strangled Vetrano but didn’t sexually abuse her.

In his taped confession, Lewis told police that he was upset with a neighbor and that when he came across Vetrano on a secluded section of a marshland park, he ‘just lost it.’

He said he beat and strangled her but did not molest her.

‘This girl jogging…and you know, one thing led to another,’ he told detectives.

His attorneys said the confession was wrongly obtained and should not have been admissible in the trial.

They said he confessed only because he wanted to go home after waiting hours in an interrogation room.

Defense attorney Robert Moeller said the case was based on circumstantial evidence.

He argued that the crime scene was corrupted and that DNA evidence was suspect.

Lewis’ defense said that the DNA evidence hadn’t been gathered properly and that the confession was coerced and didn’t match Vetrano’s injuries or some other facts.

Before Lewis’s arrest, the investigation prompted police prosecutors to seek state permission to use a technique known as familial DNA searching – looking for people similar enough to be closely related to whoever left DNA at the crime scene, in hopes they will lead to a suspect.

Heather Mac Donald: We are seeing slow motion riots right now in the U.S. Anarchy is coming to our cities

NBA Finals predictions: Will the Lakers or the Heat win championship?

“Hands-free” .. Watch the innovation of the company, “Nike”, its new sports shoes

Woman had to abort baby alone due to coronavirus fears