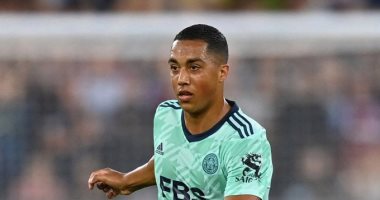 English press reports revealed that Real Madrid and Barcelona joined Manchester United in the struggle to contract with Leicester star Yuri Tillmans, who has been very impressive in the recent period, with the Belgian national team and with the Foxes Club.

And the English newspaper “Sun” reported that a group of major clubs is now monitoring the midfielder before the next summer transfer period, as Manchester United, Real Madrid and Barcelona are among the candidates to sign the Belgian international.

According to the newspaper, Manchester United will move to include the 24-year-old if Paul Pogba leaves next year, as the Frenchman’s contract with the Red Devils expires in June and does not look close to signing a new one anytime soon.

The midfielder has previously been linked with a move to Real Madrid, who are still keeping a close eye on him, so the France international’s departure could pave the way for United to sign Tillmans.

According to ESPN, though, West Ham star Declan Rice will also be included in Ole Gunnar Solskjaer’s transfer list should Paul Pogba lose too.

Tillmans scored 18 goals and made 19 assists in 112 games for Leicester in all competitions.