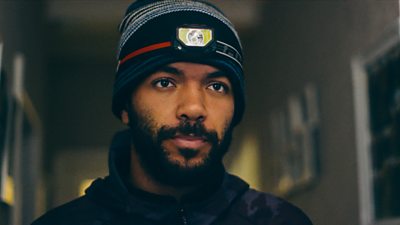 BBC Radio 1Xtra presenter Reece Parkinson is determined to run one of the UK’s toughest races – and has only 37 days to train.

After multiple runs are cancelled due to Covid-19, he sets his sights on a 55-mile ultra-marathon still due to go ahead. The Montane Cheviot Goat is a brutal non-stop race over the freezing, remote and mountainous landscapes of Northumberland, mostly in the dark.

But Reece is dealt blow after blow – with doctors advising him against it and running coaches saying his lack of preparation is dangerous. His problems take a severe turn when he is hit with a serious and life-changing medical diagnosis.

Running seems to be the easiest part of his goal, but will he succeed?

BBC Newsbeat’s documentary How Not to Run 55 Miles is available to watch on iPlayer now.

255 restaurants, 37 Michelin stars: Meet the American who spent a year eating his way through Singapore

Is Halloween canceled? As parents and attractions gear up to celebrate, CDC stresses caution