Ronaldo: Inter Milan is a candidate to win the Italian League this season 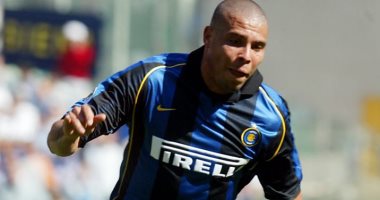 The Brazilian phenomenon Ronaldo expected the team closest to winning the title for the new season of the Italian League, noting that Inter Milan, led by Simone Inzaghi, is the closest team to getting the Scudetto..

Ronaldo told Gazzetta newspaper, “I continue to follow Italian football with enthusiasm, the Italian League is a few steps away from the English Premier League, but the Mancini national team is strong and full of good young people. I am a fan of Inter Milan, so I would like the Nerazzurri to always win.”

Regarding Lukaku’s departure, he said, “For me, it is very bad for Lukaku to leave, but it is difficult to resist the big clubs, Chelsea has great financial strength.”

And he added about Cristiano, saying, “It was a good story, Juventus and the Italian League benefited from him.”

He continued his talk about Milan, “They are able to compete, Ibrahimovic is a very strong player, age does not matter.”

And he concluded his statements about Mourinho, “For me he is a great coach, he will do many wonderful things with Roma.”

U.S. soldiers reunite with friends and family in NY after returning home from Afghanistan