The Rugby League World Cup will go ahead in England next year even if there is a limit on crowd numbers, organisers have told Sportsmail.

Tournament chiefs have the option of pushing the home event back to 2022 and a final decision does not have to be taken until next March.

However, such a move will only be made if it looks like the World Cup would otherwise have to be held behind closed doors – with organisers prepared to stage the event even if the coronavirus pandemic means social distancing is still in place. 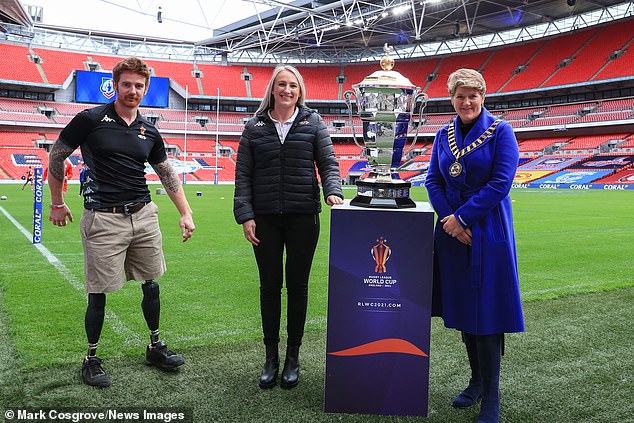 ‘Towards the end of spring, we will have to make a decision if we are going to move the tournament and it would have to be back by 12 months,’ RLWC21 chief executive Jon Dutton told Sportsmail.

‘But 2022 is a very busy sporting year and, at this point in time, we are confident and positive about staging the tournament in 2021, even if we have to make some modifications.

‘In the new year, we will have to understand whether we have to reduce the capacities for social distancing.

‘Everyone has this strong desire for crowds to come back into stadia and of course there will be a ramping up, it will not be 100 per cent to begin with.

‘None of that creates any challenges for us. We will just be agile and make that work. People need something to look forward to and we hope we can be that beacon of light.’

The public ticket ballot for the World Cup opens on Friday – exactly one year before England kick-off the tournament against Samoa at Newcastle’s St James’ Park.

Dutton remains bullish about selling a record amount of tickets, with fans entitled to full refunds if crowds are restricted or the event is postponed. 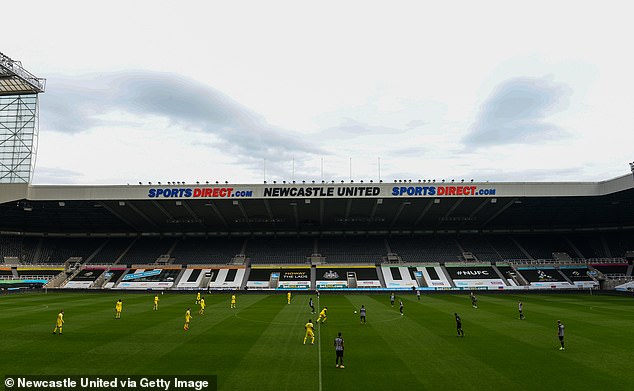 ‘We want to be bold and brave – 750,000 ticket sales was and still is the target,’ he added. ‘That would be a record by some way and we have set our target and ambition high.

‘Our strapline is ‘power of together’ and it is all about bringing people together for social experiences and creating memories.’

Clare Balding, the new president of the Rugby Football League, has also highlighted the importance of hosting the World Cup next year to prove that England can still stage major events in the Covid-19 climate.

‘For the nation as a whole, it’s crucial that we show we are capable of staging major events in a post-Covid world or a coping-with-Covid world,’ the BBC Sport presenter told Sportsmail.

‘I suspect the whole sporting structure will want this to go ahead in 2021 because it is going to have to set that marker for the tournaments that are coming in 2022, like the Commonwealth Games in Birmingham and the Women’s Euros. 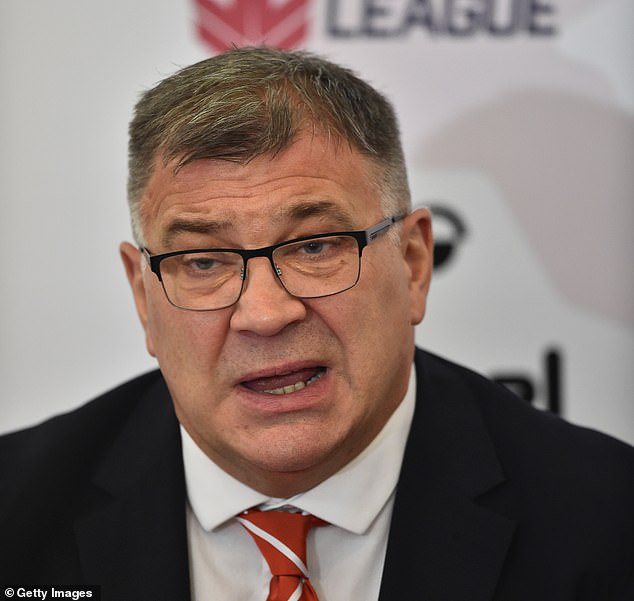 ‘We are the trailblazers but also the troubleshooters. We will have to cope with things that we can advise the others on.

‘It raises the importance level of this as a tournament. It is more than a world-class competition, it is a pretty big marker. For those reasons, this is a massive event – even bigger than it would have been anyway.’

Balding also thinks next year’s World Cup can raise the profile of women’s rugby league, with the men’s, women’s and wheelchair competitions being staged together for the first time.

‘Women’s rugby league has a long way to go but this is the perfect foundation for that,’ she added.

‘To have the men’s and women’s final on the same day in a double header at Old Trafford – being given the same respect and same platform – is hugely important.

‘This will also be the first World Cup when the (men’s and women’s) national sides are paid the exactly the same in terms of appearance fees and that is a really positive and important statement.

‘In many ways, this is setting the benchmark for the way sport could and should be run in the future.’

The public ticket ballot for Rugby League World Cup 2021 opens for applications on October 23 and will remain open until November 16 at 20:21. Applications can be made via: www.rlwc2021.com/tickets