Scottish Mortgage has delivered big returns to investors by backing some of technology and the modern consumer world’s biggest names.

But are the best days already past of the star firms, such as Amazon, Google and Tesla, that have helped deliver a 474 per cent return over ten years?

On this episode of the Investing Show, Scottish Mortgage’s co-manager Tom Slater, joins us to explain how the trust invests and why he believes ‘the world’s most exciting, interesting growth companies’ have many more years of good times ahead.

And Slater says that investing for growth around the world is not just a case of backing US tech stars, with China also increasingly offering outstanding opportunities.

He says: ‘Today some of the ideas, the technology and the strength of the businesses that are coming out of Beijing and the east coast of China are on a par if not better than their Silicon Valley counterparts.’

Slater explains that Scottish Mortgage’s philosophy is to achieve ‘long-term capital appreciation for shareholders’ and to do that by investing in outstanding firms.

But the fund manager adds that there is another very important part to seeking out companies that fit the bill and also to the trust’s own approach to investment.

He says that companies must have ‘the most attractive long-term prospects’ while Scottish Mortgage aims to be a ‘very long term and patient shareholder’. This can mean volatility over the short term but the managers believe that is necessary for those long-term returns.

Slater adds: ‘We don’t think that we can predict the future, we don’t have answer to what the world will look like, but can we find companies and entrepreneurs we think are shaping that future.’

Scottish Mortgage invests in some of the world’s largest and most easily recognisable tech companies, counting Amazon, Google-parent Alphabet, Facebook and Netflix among its holdings, along with China’s tech giants Tencent, Alibaba and Baidu.

One of the questions investors raise about these established tech stars is whether investors have already had the best returns they will offer.

Certainly Scottish Mortgage’s recent record of outstanding growth has slowed, with an 8.6 per cent return in 2019 so far, compared to a 16 per cent global investment trust average.

But Slater points out that in business terms the current crop of tech giants are still relatively young companies. 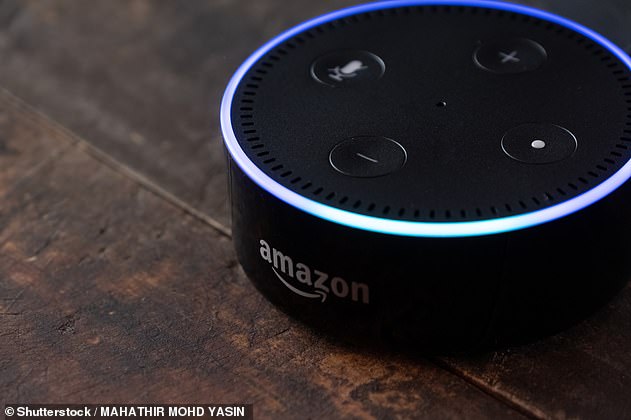 He says that Scottish Mortgage believes the best will have opportunities for a long time to come, adding, ‘we don’t think there’s any reason why if a business model is underpinned by technology it should mean its longevity is any less than more traditional companies.’

As an example of this he cites the continuing opportunities for even a company as big as Amazon, ranging from online groceries and same and next day delivery in the US, to improving its digital shopfront and areas such as digital search and its web services division.

The key to this argues the fund manager is Amazon’s commitment to experimentation and innovation at scale.

Among the other famous names in Scottish Mortgage’s top ten holdings are two very different car companies: Tesla and Ferrari.

The attraction of electric and self-driving car pioneer Tesla to a trust like Scottish Mortgage is obvious, but why also hold an old-school sports and racing car company like Ferrari? 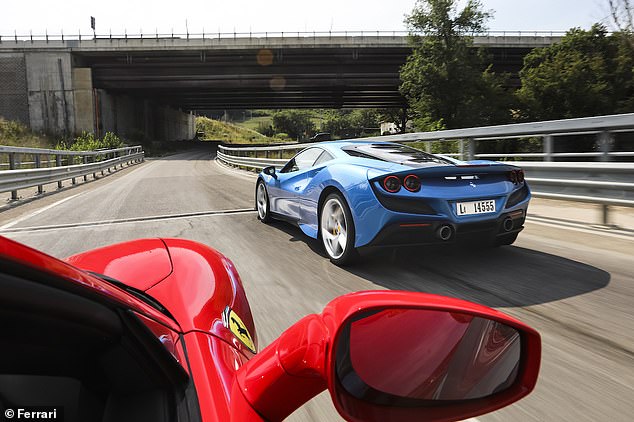 A name like Tesla is expected in the Scottish Mortgage portfolio but why does the trust hold Ferrari, a name more synonymous with the old school motoring world?

Slater says that firstly Ferrari makes some of the best cars in the world and secondly it is one of the most desirable brands. The Italian car maker, which listed on the stock market in 2015, intends to profit on both its cars and the iconic brand but knows it must tread carefully in doing so.

The fund manager says that Scottish Mortgage believes those in charge at Ferrari can successfully walk that tightrope and deliver growth for years to come.

A sizeable chunk of Scottish Mortgage’s £7.5billion worth of investments is now in companies that are not listed on the stock market. This could worry some investors, as investing in unquoted companies at scale has sparked some controversy over the past year, with the high profile downfall of star fund manager Neil Woodford.

However, as an investment trust Scottish Mortgage cannot be forced to sell to meet withdrawals in the same way that an open-ended investment fund manager can. Meanwhile, Slater explains that the trust’s private company holdings tend to be in very sizeable firms.

He says it is not about buying very small companies or becoming venture capitalists but about investing in substantial companies that in other eras would be publicly listed, such as Tik Tok owner Bytedance.

Parliament’s bars are NOT subject to 10pm curfew

JANE CLARKE, one of the UK’s top dietitians reveals how you can EAT to beat disease

JANE CLARKE, one of the UK's top dietitians reveals how you can EAT to beat disease