He is the Cardiff-born Irish-qualified Bristolian who has represented England at Twickenham, but is now in line for his Wales debut this autumn.

At last Callum Sheedy’s topsyturvy world was afforded some much-needed clarity this week.

Until now he has always kept his cards close to his chest on which nation was his preferred choice. 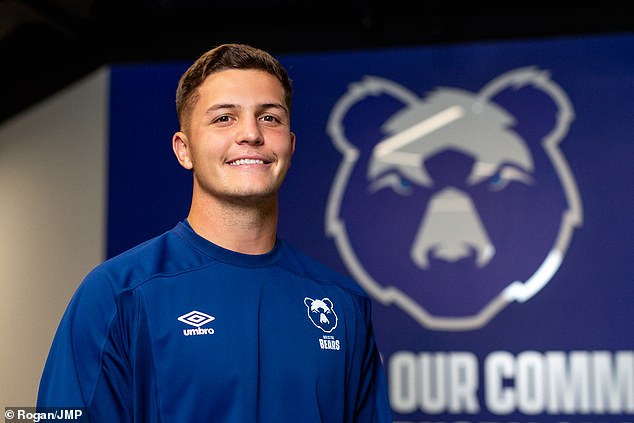 The 24-year-old fly-half, who will line up for Bristol against Wasps in the Premiership semi-final on Saturday, may have worn the red rose for five minutes against the Barbarians last summer, and dallied with the Irish under-19s Sevens team, but when Wales boss Wayne Pivac called asking about his allegiance Sheedy’s heart ruled.

‘I said I was Cardiff born and bred, and he clocked my accent was a strong Cardiffian one so that was a pretty short conversation,’ smiles Sheedy.

‘My Dad, Philip, is Irish and Mum, Jacqui, is Welsh – and I qualify for England from living here.

‘It’s not like I’m sticking my fingers up to those countries, as they mean a lot to me.

‘I don’t want to say “Ah, I never wanted to play for England” because I’m proud of that. 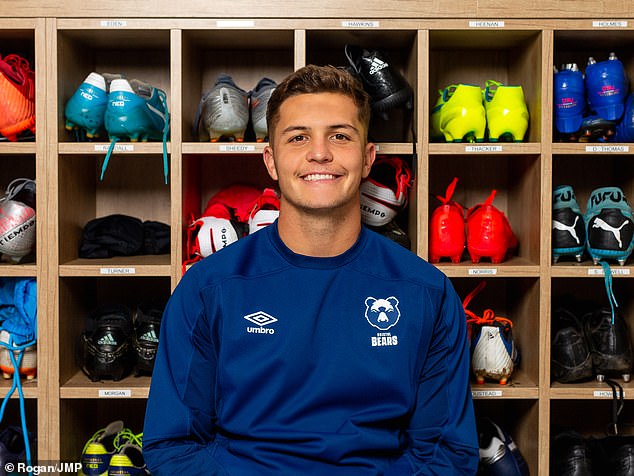 ‘But when Wayne rang my heart filled up and it felt like it was meant to be.

‘I had teary parents who were also very proud – it’s just a shame they’re in Cardiff, I’m in Bristol, and I can’t share it with them. I wanted to give them a big hug.’

On Tuesday morning, when the Wales squad was announced, the hundreds of WhatsApp messages that came flooding froze Sheedy’s phone.

There was some ribbing too having played for Eddie Jones’ England, albeit briefly, before the World Cup last year. 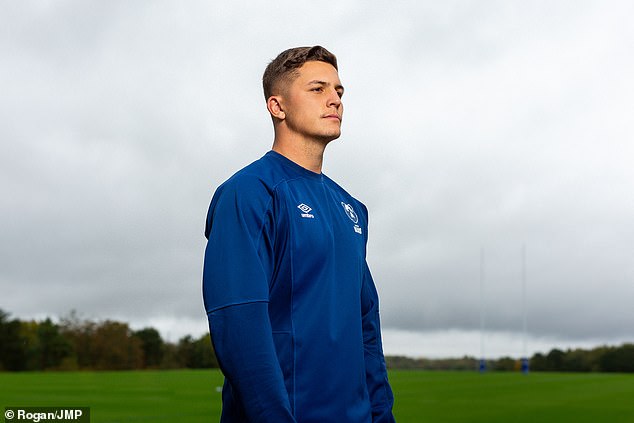 ‘The experience of being around that camp was invaluable,’ Sheedy reflects 16 months on – that Cardiff accent clearly noticeable as he talks.

‘There will be a bit of stick, but that was a great week for my development.

‘Eddie was there and we spoke about my skills, work-ons, my positives. It wasn’t a case of him or anyone trying to persuade me.

‘I always said that if and when the time came I felt like I would know.’ Next month he will be competing for the iconic red No 10 shirt with a man he has been studying for a while – Dan Biggar.

‘I love watching him,’ says Sheedy before revealing his age.

‘I actually went to his debut at the Millennium Stadium against Canada. I would have been 13 back in 2008!

‘I’ve got nothing but respect and admiration for him. To be able to learn from him will be amazing.’

It was probably never truly questionable where Sheedy would end up. A Cardiff boy he attended Corpus Christi High School, leaving because they did not have a Sixth Form.

‘I was fortunate we played Millfield School in Sevens and I had one of those days where things came off,’ he explains.

‘It was right-place, right-time. I played Wales under-16s and Millfield’s head of rugby watched.

‘I ended up going there and boarding for two years from 16. I loved every single minute. 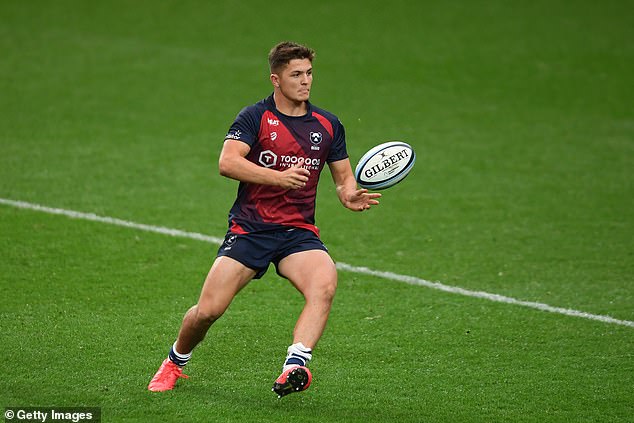 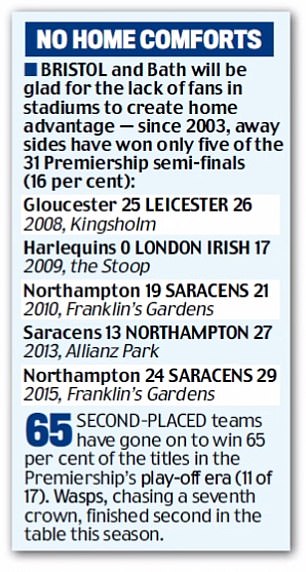 ‘At first I thought “being away from home? No chance!” but I didn’t want to leave by the end. It turned me into a man.’ And while he admits growing up watching Six Nations matches he was a ‘fence-sitter’ trying to appease Mum and Dad, there is no question now about where he regards as home.

‘I see myself as a Welsh Bristolian,’ he says.

‘I’ve lived here for six years, bought my first house here and it’s a huge part of my life.

‘Although my accent isn’t quite Bristolian yet!’ Since Sheedy’s first start in a British & Irish Cup match away at London Scottish, Bristol have come a long way.

He was 18 then and coached by former England boss Andy Robinson, but now 24 has seen Bristol become the Bears and grow impressive claws.

It all transformed in Pat Lam’s first meeting three years ago. A two-hour presentation had most hooked.

‘Pat stripped it back and said “this is my vision, my culture, our goals”,’ explains Sheedy.

‘He made it clear that if you didn’t believe 100 per cent you would go – no problem.

‘You can see players have left that maybe didn’t have that belief.

‘Now everyone believes. It felt like a different club then – the mindset changed.

‘It wasn’t “hopefully we’ll stay in the Premiership” anymore, it was “we’re Bristol and we’re going to stay up, go for Europe, top four and have internationals”.

‘It’s so pleasing we’re walking the walk that we talked three years ago.’ They certainly are. A Premiership semi-final against Wasps is their first in 13 years, and next Friday’s European Challenge Cup final against Toulon could bring a first continental trophy in the club’s history. 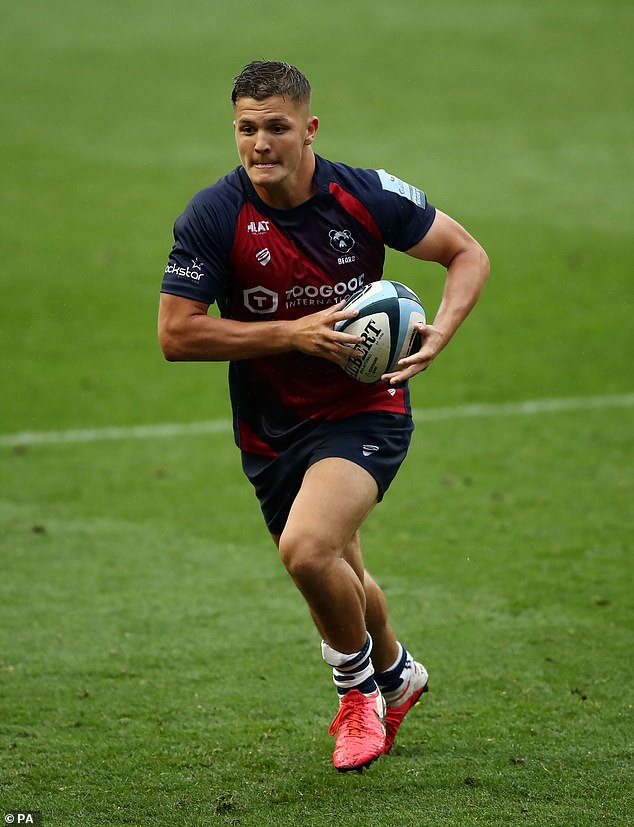 ‘Where Leeds were when Bielsa arrived and where Bristol were when Pat came it’s very similar – Championship clubs, didn’t know where they were going,’ he says.

‘I’ve watched clips on Bielsa his Leeds team seem similar to Pat’s Bristol. Every single one in that changing room would die for Pat.’ Like lots of clubs Bristol pride themselves on their culture.

At least pre-COVID, they have their family get-togethers, BBQs, fancy dress nights – this week Sheedy wore his 1990 Leeds shirt – and bonding nights out, but at the Bears it helps being able to put money where their mouths are.

‘He’s the best player in the world at the moment – quite comfortably,’ says Sheedy – happily star-struck by his centre.

But big bucks and big signings bring big ambitions. Sheedy and Bristol will not struggle with that.

‘Who remembers who went to the Premiership semi-finals five, 10 years ago?’ he concludes ahead of a bumper week.

‘As good as we’ve been this year, if we don’t win anything then no one will remember us.

‘There is no point doing something unless you’re going to be all in.’ And there is no doubt Sheedy is all in for Bristol, and now Wales.

Glass ceilings and black holes: How history was made in the 2020 science Nobels

Correspondent to “Johnson”: My mother wants to know why you are not combing your hair? … And he replies: I do my best with him

"Governor, that is too necessary so that you can play the coward function on this," Elorza...