An Italian man working as a low level rights coordinator for Simon & Schuster in the UK has been arrested by the FBI on suspicion of stealing hundreds of unpublished manuscripts by famous authors by impersonating well-known editors and agents over email in the hope of using their ideas for his own books.

Filippo Bernardini, 29, was taken into custody at JFK airport in New York City on Wednesday on suspicion of wire fraud and aggravated identity theft. He is due in federal court in Manhattan on Thursday.

In north London on Thursday, his housemate confirmed that he had been taken into custody but declined to give any further details.  The pair share an apartment in North Finchley.

According to prosecutors, Bernardini – who has worked for Simon & Schuster since 2019 – used his knowledge of the industry to impersonate well-known agents and editors then target authors by creating fake domain names and email addresses.

The scam has stumped the literary world for years; many of the targeted authors expected to see the works turn up on the dark web for sale but they never did.

Known as ‘The Spine Collector’, the mystery thief impersonated hundreds of authors, editors and authors to harvest the works then vanished. 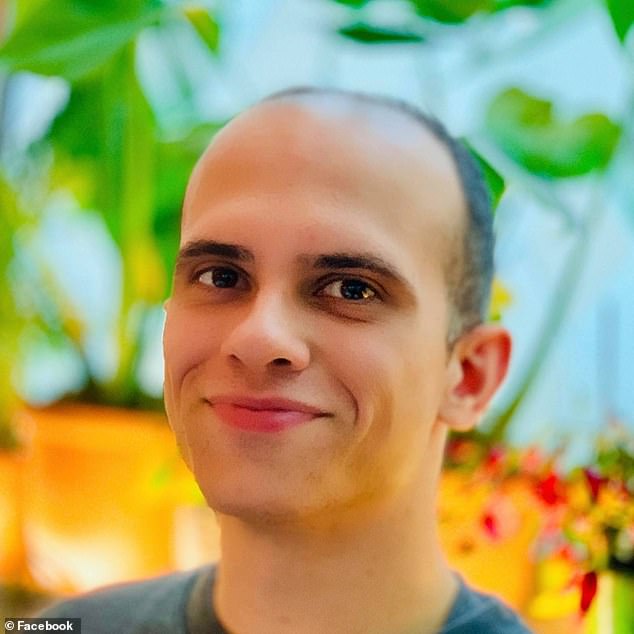 Filippo Bernardini, 29, was taken into custody at JFK airport in New York City on Wednesday on suspicion of wire fraud and aggravated identity theft. He is due in federal court in Manhattan on Thursday 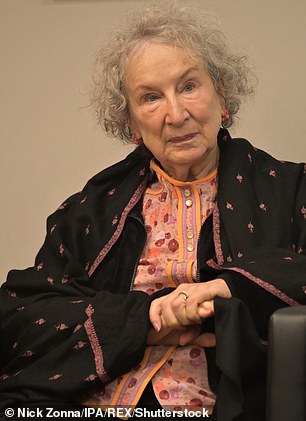 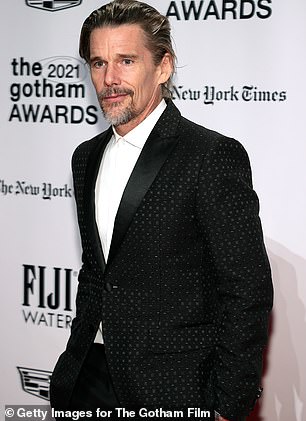 The thief – known in the literary world as The Spine Collector – stole manuscripts by Margaret Atwood, left, and Ethan Hawke, right. He planned to steal the ideas for his own masterpiece, according to federal prosecutors 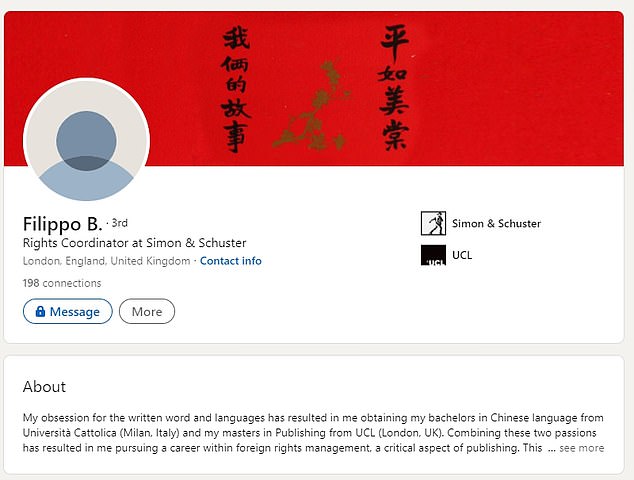 Prosecutors say Bernardini was careful not to reveal his identity online. This is his LinkedIn page , where he leaves blank his surname, but boasts about being ‘obsessed’ with the written word

Prosecutors say Bernardini – who himself admits to being ‘obsessed with the written word’ online – aimed to use their ideas to write his own masterpiece but could never pull it off.

The scheme began in 2016, when he was working in various intern and assistant roles for legal firms and literary companies in Italy.

Among his victims is Margaret Atwood and actor Ethan Hawke who has written nine books. 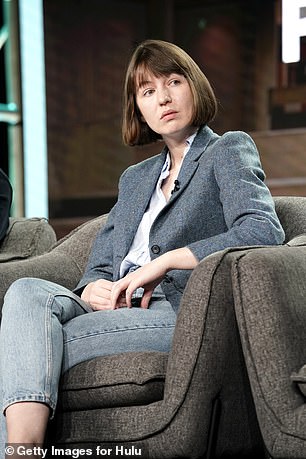 ‘We allege Mr. Bernardini used his insider knowledge of the industry to get authors to send him their unpublished books and texts by posing as agents, publishing houses, and literary scouts.

‘Mr. Bernardini was allegedly trying to steal other people’s literary ideas for himself, but in the end he wasn’t creative enough to get away with it,’ Michael J. Driscoll, the Assistant Director-in-Charge of the FBI’s New York Office, said in an announcement on Wednesday.

He is due in court later today.

Bernardini’s LinkedIn page describes his ‘obsession’ with the written word. Prosecutors say he deliberately did not include his full name in his social media pages or online.

‘My obsession for the written word and languages has resulted in me obtaining my bachelors in Chinese language from Università Cattolica (Milan, Italy) and my masters in Publishing from UCL (London, UK).

‘Combining these two passions has resulted in me pursuing a career within foreign rights management, a critical aspect of publishing. This ensures that books can be read and enjoyed all over the world and in multiple languages. I have also taken commissions to translate books and corporate materials,’ he says.

It’s unclear why Bernardini was flying to the US, or where he was flying from when he was arrested on Wednesday.

He duped authors and their agents by changing a single letter in his email address or domain name like exchanging the letter ‘m’ for ‘rn’ in Penguin Random House.

According to the indictment against Bernardini, which was filed in July but only unsealed yesterday, the schemes had been taking place from at least August 2016 through July of last year.

It said Bernardini ‘used fraudulent, look-alike, domains to impersonate individuals involved in the publishing industry to gain surreptitious access to these materials,’ and that over the years he ‘impersonated, defrauded, and attempted to defraud, hundreds of individuals.’

Simon & Schuster, in a statement, said it had no knowledge of his involvement in the scam.

‘The safekeeping of our authors’ intellectual property is of primary importance to Simon & Schuster, and for all in the publishing industry, and we are grateful to the FBI for investigating these incidents and bringing charges against the alleged perpetrator,’ the statement added.

For years, the publishing industry has been baffled by an international phishing scheme in which someone with apparent inside knowledge impersonated an editor or an agent and attempted to trick an author or an editor into sending links to unpublished manuscripts.

This was done by setting up a fake email account and slightly tweaking domain names.

For example, he would allegedly use names like penguinrandornhouse.com instead of penguinrandomhouse.com, — putting an ‘rn’ in place of an ‘m.’

The indictment said he had registered more than 160 fraudulent internet domains that impersonated publishing professionals and companies.

He faces charges including wire fraud, which carries a penalty of up to 20 years in prison, and aggravated identity theft.