‘To avoid cyclists and pedestrians, cars will have to FLY’: Social media users post hilarious memes mocking new Highway Code rules that tell bikers to ride in middle of lanes

Motorists have flooded social media with memes mocking the introduction of the new highway code rules which came into force yesterday.

Under the new rules, cyclists are now advised to make themselves as visible as possible by riding in the centre of a lane on quiet roads, in slower-moving traffic and when approaching junctions.

Other key amendments include clearer guidance for drivers to leave a distance of at least 1.5 metres when overtaking cyclists, and instructing drivers turning into a road to give way to pedestrians waiting to cross.

When the changes were announced last year, the Department of Transport said it would ‘introduce a hierarchy of road users to ensure that those road users who can do the greatest harm have the greatest responsibility to reduce the danger or threat they may pose to others’.

Boris Johnson said when the policy was announced that it would help ‘unleash our nation of cyclists’.

And RAC head of roads policy Nicholas Lyes described the amendments as ‘a significant departure from what’s gone before’.

But critics, including the Alliance of British Drivers and IAM RoadSmart, feared the policy change could have an adverse impact on the country’s motorists and other road users, including an increase in road rage incidents and dangerous confusion.

It came as the AA accused the Government of being ‘far too silent’ on the changes, as the Department for Transport (DfT) insisted it will ensure ‘all road users are aware’.

Now, drivers have taken to social media to mock the new rules in a series of posts, with one suggesting they may have to ‘fly from tomorrow’. 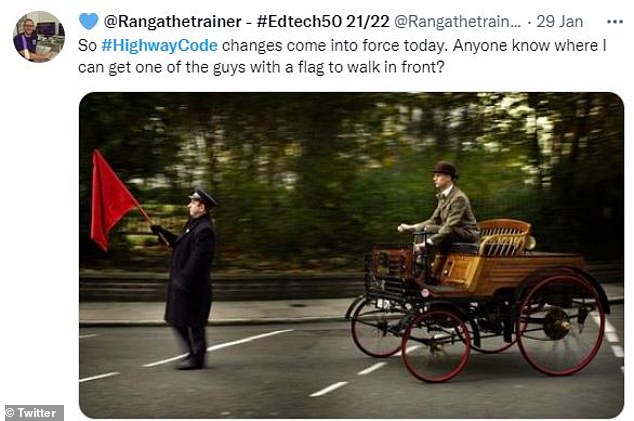 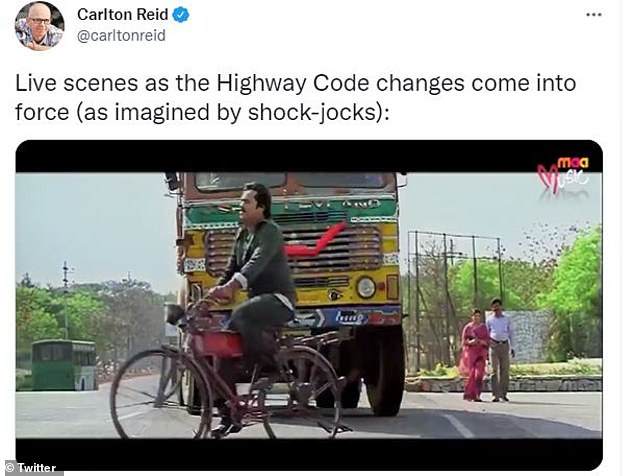 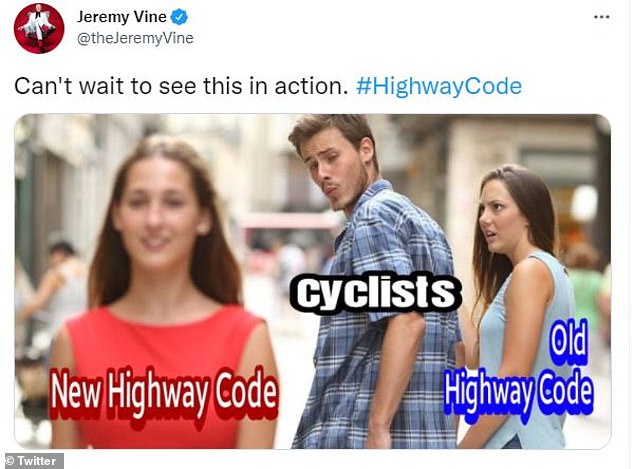 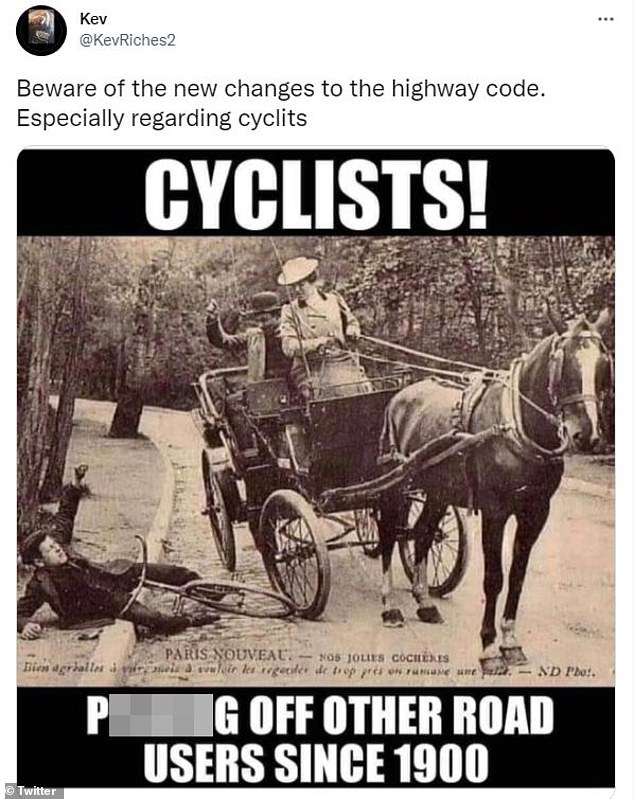 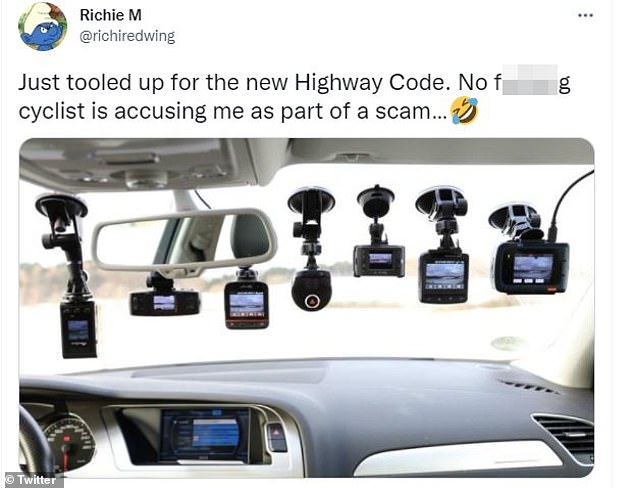 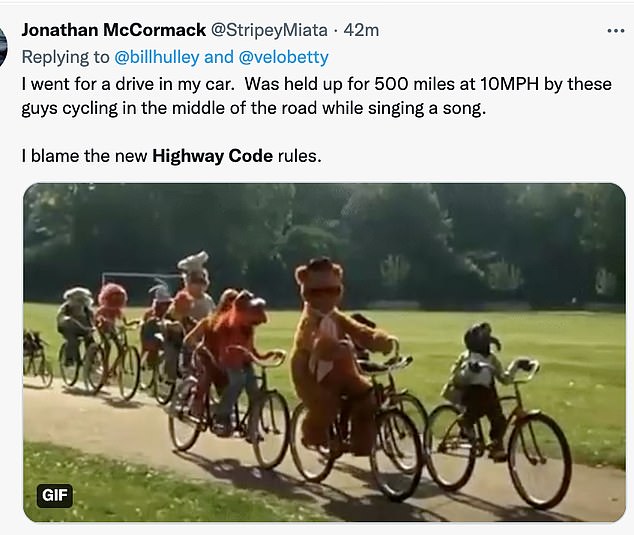 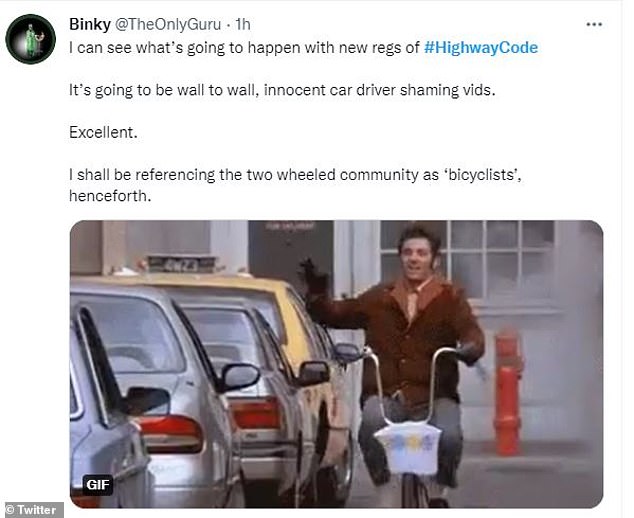 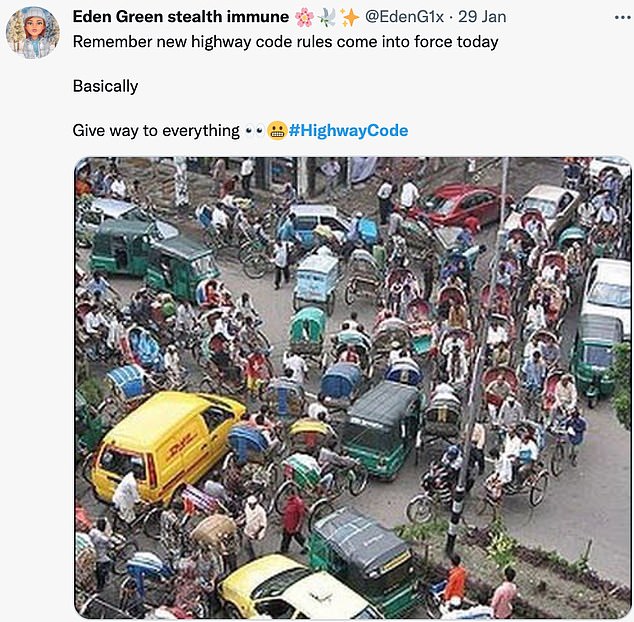 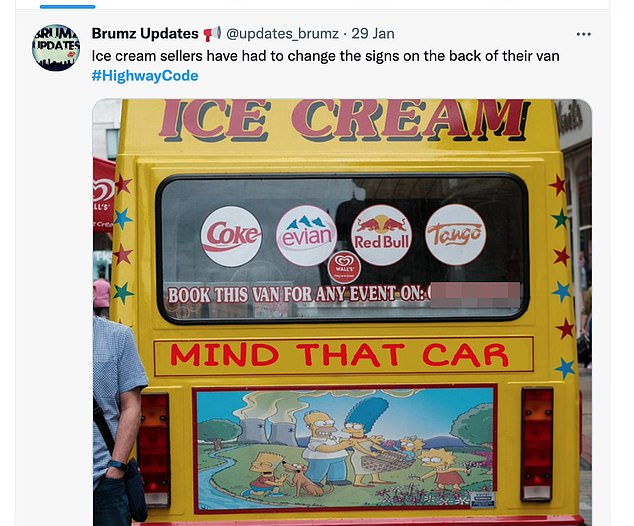 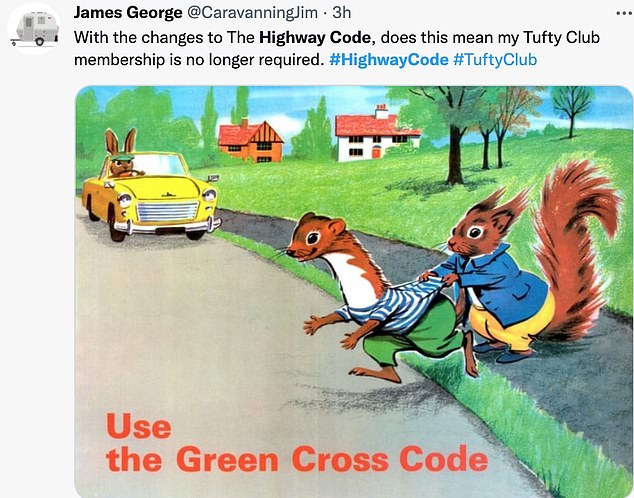 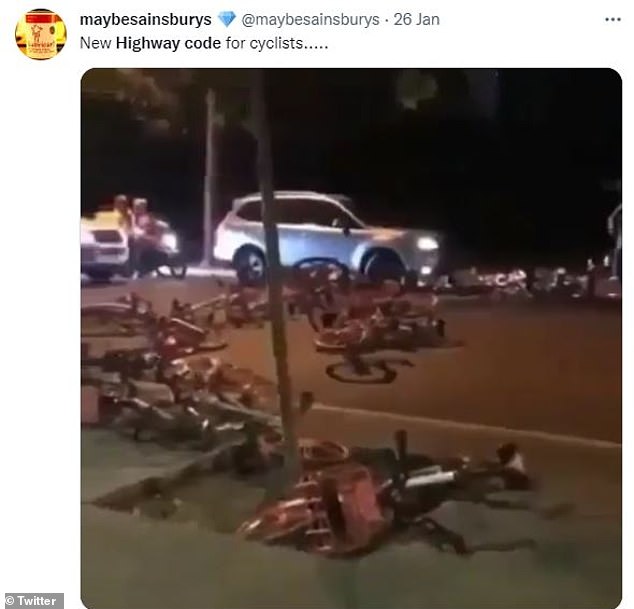 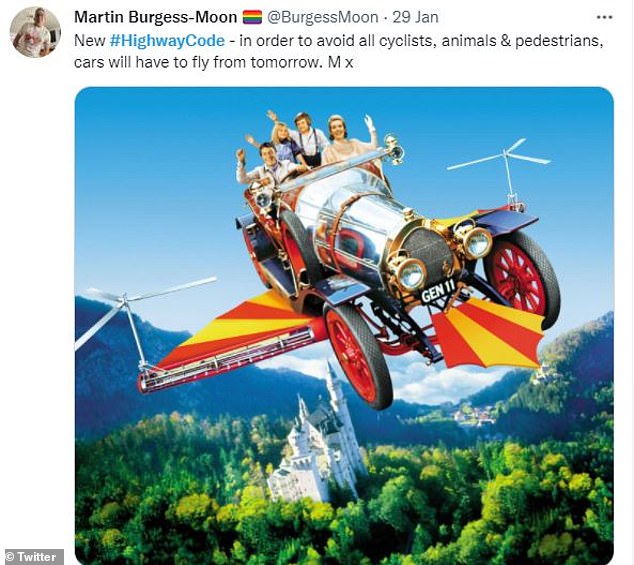 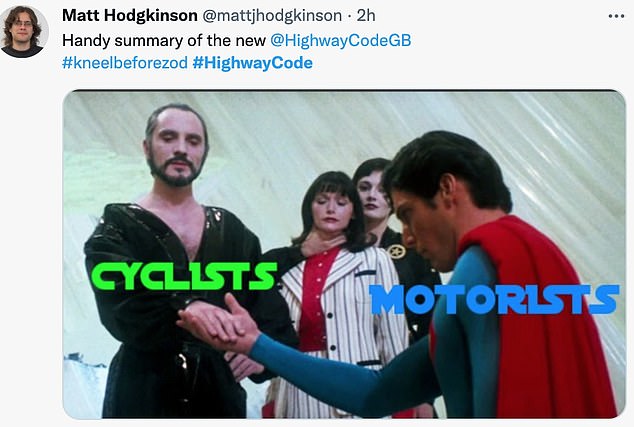 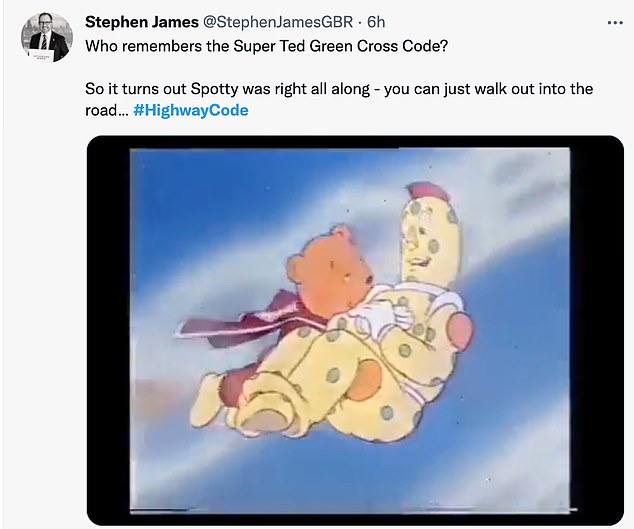 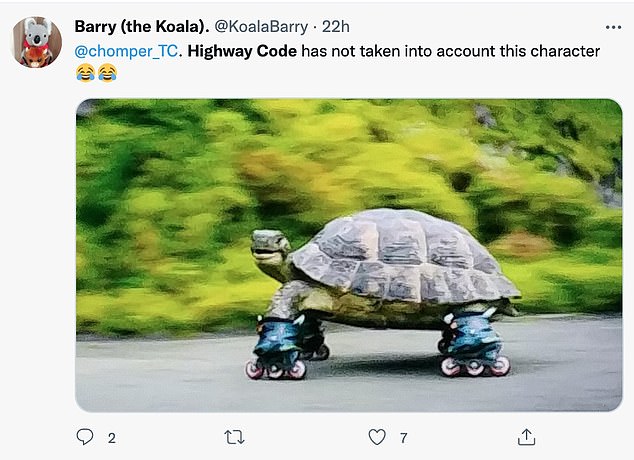 Record snowfall recorded in the northeastern US.