A son of the billionaire family behind the Littlewoods empire has won a High Court inheritance fight between siblings over their mother’s £40million fortune.

The death of Patricia Moores in 2017 at the age of 86 sparked a bitter legal feud between her children who have been locked in a four-year legal battle over her will.

Mrs Moores, whose £2million six-bedroom home was set in 2.8 acres, with a pool and separate staff quarters, left behind a £40million estate, as well as a sizeable trust fund.

Today, a judge has ruled in favour of son Matthew who claimed his mother had intended her fortune be shared equally among the three of them.

The Moores, one of the UK’s richest families, enjoy a fortune estimated last year at £1.21bn.

It was amassed through the iconic Littlewoods football pools and mail order retail empire, and over the years the family has owned both Liverpool and Everton football clubs.

The empire was built from scratch by Sir John Moores, aided by his brother Cecil, with the pair rising from being the sons of a bricklayer to having, at one point, three female family members said to be richer than the Queen. 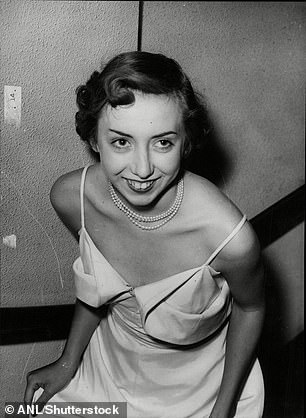 Matthew Velarde (left), son of the billionaire family behind the Littlewoods empire, has won a High Court inheritance fight over the £40million fortune left by mother Patricia Moores (right)

The brothers were immortalised in bronze as statues on Liverpool’s Church Street, where the pools company was founded, and Sir John had the city’s John Moores University named after him.

The company was sold to the Barclay brothers in 2002 for £750m, leaving many members of the family with vast multimillion-pound fortunes.

But in the wake of Cecil’s daughter’s death, his grandchildren fell to scrapping over her share of the family millions.

Mrs Moores had reportedly received £25million from the sale of the family company, and left behind a £40million estate, as well as the sizeable trust fund.

Her three adult children, Christian Velarde, 63, Rebecca Velarde and Matthew Velarde, 61, subsequently went to court fighting over part of her fortune and the meaning of her will.

Mrs Moores had received the trust fund prior to the death of her father Cecil, and appointed her three children as equal beneficiaries in 1981, only to perform a u-turn in 1997 and cut out Matthew, in the wake of his divorce. 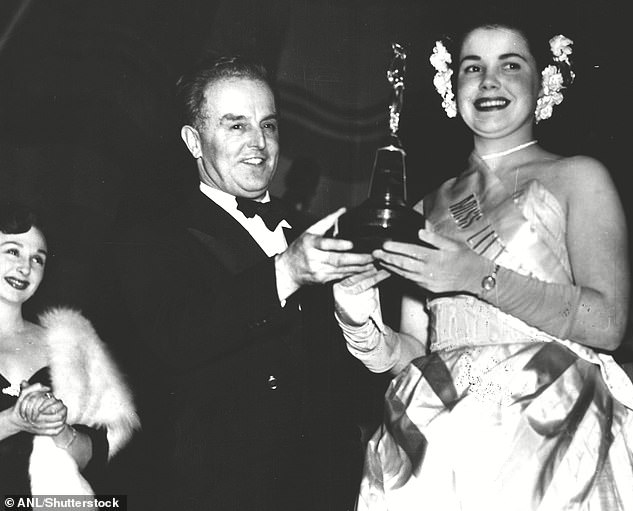 That move left only Christian and Rebecca as beneficiaries of the fund, which was set to pay out an undisclosed sum on her death, although Matthew was still to inherit a share of £40million not held in the trust.

But after she died, a clause in her will was revealed, through which Matthew says his mother intended to let him back into an equal share of her wealth along with his siblings.

‘I leave devise bequeath and appoint the whole of my real estate and the rest residue and remainder of my personal estate…unto my children Peter Christian Velarde, Matthew Julian Velarde and Rebecca Velarde,’ the clause states.

Matthew and his lawyers, backed by his sister, argued that the clause overturned the earlier ‘declaration of appointment’ which cut him out of the trust fund, and splits her whole fortune equally.

His mother had intended to treat her three children ‘equally in every respect’ and so her fortune should be split three ways, he said.

But Christian argued that their mother still wanted Matthew to get less than the others, even on her death bed, because her relationship with him had ‘cooled’ over the years.

Now a judge has backed Matthew and declared that Mrs Moores wanted her three children to share the whole of her fortune equally.

Mrs Moores’ will, made in 2007, split her money equally between her three children and she made specific gifts of jewellery to each of them. 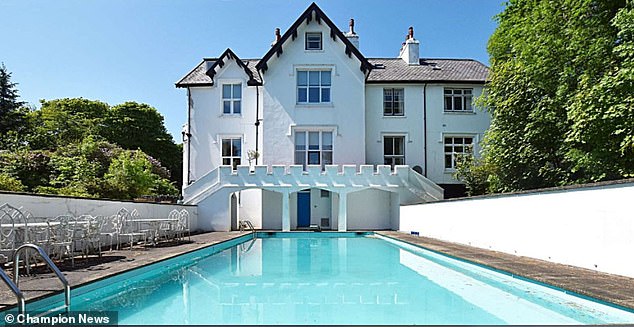 Pictured: The £2m home of Patricia Moores in the Isle of Man which was sold before her death

Rebecca received an art deco diamond bracelet set in platinum, diamond and pearl earrings, a diamond fern and flower broach and a Leo medallion in gold and silver.

Five grandchildren were also left specific gifts of jewellery, plus £1million to split equally between them.

The trust fund was meant to be split at the time of her death, but the disagreement between her children has led to a four-year delay, meaning it has still not been distributed.

Deputy Master Martin Dray, settling the fight in Matthew and Rebecca’s favour today, said: ‘I consider that it can be said that the will is ambiguous.

‘There is, it can be said, a tension between the literal reading propounded by Christian and the purposive, contextual meaning advocated by Matthew. 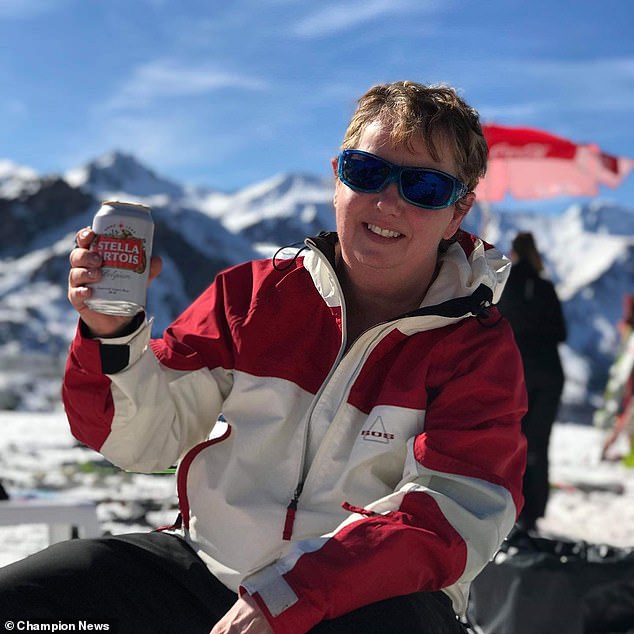 Pictured: Rebecca Velarde, who was involved in the high court case over her mother’s fortune

‘Christian alluded to Matthew’s divorce and also to an alleged general cooling in the relationship between Matthew and their mother.

‘Matthew disputed the suggestion of a cooled relationship.

‘I attach no weight to Christian’s assertion insofar as it was put forward to support the notion that Mrs Moores intended in her will to exclude Matthew from sharing in the Patricia Trust Fund. The divorce itself was then a distant memory.

‘Matthew’s ex-wife had remarried a wealthy man in 1999 and had never sought to re-open the financial arrangements concluded between the couple.

‘Further…Mrs Moores was quite content to leave by her 2007 will one-third of her valuable estate – ignoring the Patricia Trust Fund – to Matthew, echoing the position under the 1993 will, which points against any notion of a cooled relationship.’

The judge said that Patricia had twice stated: ‘I wish in my will all my worldwide assets to be taken into account and divided equally between my three children.’

He added: ‘That statement is …certainly consistent with the notion that Mrs Moores intended that Matthew receive a third of everything that lay within her gift.

‘I shall thus declare that the effect of the appointment pursuant to the settlement made by clause 7 of the will is that Christian, Rebecca and Matthew are each beneficiaries under the settlement in equal shares,’ he concluded.

The judge did not disclose the value of the trust which the three siblings will share.

3 explosions in the Afghan capital, Kabul, and two policemen were killed

A model new £430m superyacht belonging to Chelsea FC proprietor Roman Abramovich has been noticed for...