‘I am not as crazy as I was’: Soul fan Derek Chisora ditches the insults and vows to stay calm in heavyweight blockbuster against Oleksandr Usyk at Wembley Arena

Derek Chisora’s box-office blockbuster against Oleksandr Usyk will play out to the sound of silence at a deserted Wembley Arena on Saturday night – but the British heavyweight is still determined to bring the noise thanks to his collection of soul music and Motown records.

Chisora entered the pre-fight ‘bubble’ on Tuesday ahead of a mammoth challenge against the brilliant Ukrainian Usyk, with a mandatory shot at Anthony Joshua awaiting the winner.

Coronavirus means fighters must bring their camp to the hotel – eating, sleeping, training and passing time within a strictly-controlled area. 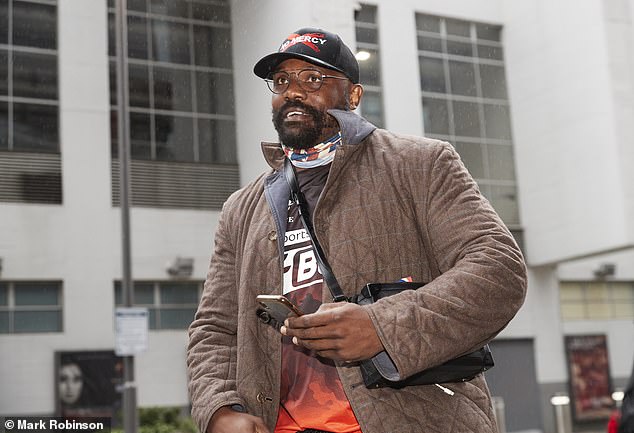 But Usyk’s hopes of resting in the days before fight night may be over if Chisora remembers everything on his short – if rather eclectic – checklist.

‘I love playing old records, like Ray Charles and Motown, so I will bring my own record player in because I have to play it loud,’ he said.

‘I will have my Union Jack flag, 100 per cent, and my probably my massage chair brought in and a couple of other things I really like… but the main thing is a very loud record player.’

On Saturday night, Chisora will enter the ring for the first time since victory over David Price a year ago this week. 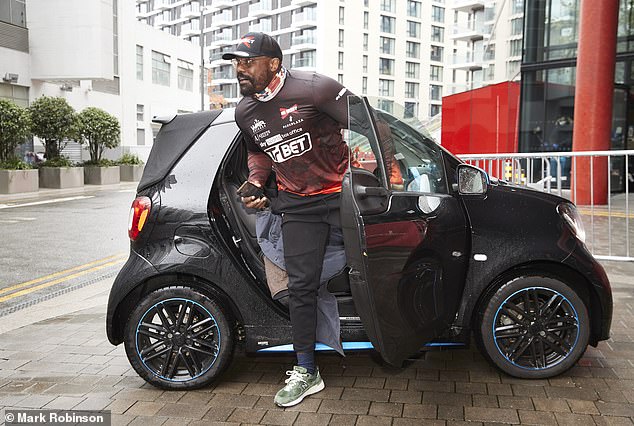 He claims to have had only two weeks off in that time, with his training now including wrestling and grappling.

Chisora even teased a possible move to the Octagon after facing Usyk (‘MMA fighters usually come over to boxing but I am going to go to the other side’). First, though, he must come through a former undisputed cruiserweight king who has eyes on a mega-fight with AJ, too.

To prepare, both fighters have taken some unusual steps. Usyk has been known to improve his reflexes and co-ordination through juggling, catching coins and number exercises. The underdog Chisora, meanwhile, is more agricultural.

‘I haven’t been doing any of that juggling stuff – that’s for sissies. I like going shooting, hunting and killing stuff,’ he said. 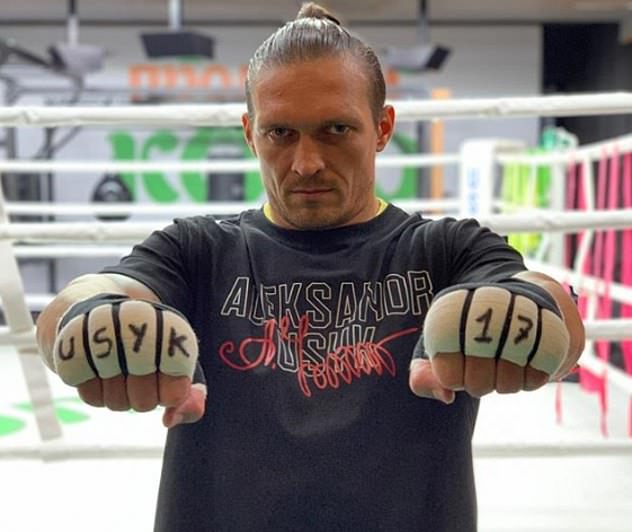 ‘For this fight I feel I am fighting a few people, Usyk, the ref and the judges so to get a victory I have to knock him out… it motivates me more, people thinking I am past it and don’t have a chance in hell.’

This fight has been bubbling for several months after the original date in May was postponed because of the pandemic.

But the build-up has been respectful, even jokey, with Chisora – one of boxing’s more volatile characters – admitting: ‘Everything about Usyk is likeable, the way he boxes and carries himself around since he won an Olympic gold and the Muhammad Ali trophy, there is nothing to hate about the guy.

‘If I come out now and start calling him a d*****bag then it makes me look like the one with anger problems and I don’t have them with him, I like him, I am a big fan of his.’ He added: ‘I am not as crazy as I once was, I am more calm. But it’s about getting in the ring and enjoying it, if you are enjoying it, you are calm.’

We show you how to make sense of the mortgage mayhem