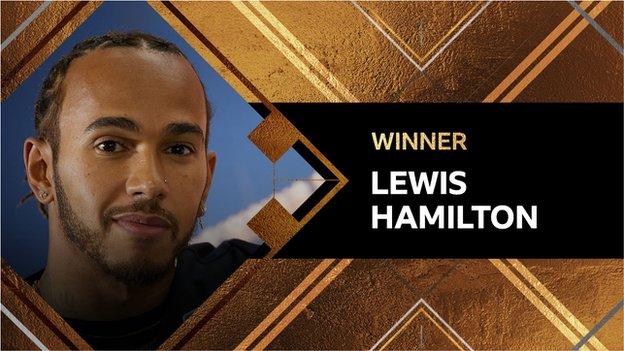 One of F1’s all-time great drivers, he equalled Michael Schumacher’s record of seven world titles with his fourth consecutive championship in 2020.

“I want to say congratulations to all the incredible nominees,” said Hamilton. “I’m so proud of what they have achieved and I want to say thank you to everyone that has voted for me.

“I wasn’t expecting this knowing there’s so many great contenders.

“I want to say Merry Christmas to everyone – its been such an unusual year and I want to mention all the front line workers and all the children round the world, I want you to try and stay positive through this difficult time, I’m sending you all positivity. Thank you from the bottom of my heart.”

It is the second time Hamilton has been crowned Sports Personality of the Year, having first won the award in 2014.

Hamilton, who holds the record for most pole positions, won 11 of the 17 grands prix during the 2020 season, which started four months late due to the coronavirus pandemic. He achieved three further podium finishes.