Study: Basil contributes to the prevention of Alzheimer’s and protects you from dementia

A study issued by the University of South Florida revealed that basil is one of the important herbs that play a role in the prevention of Alzheimer’s disease, since it contains a natural compound called phencol, which can help protect the brain from known deterioration and Alzheimer’s, according to the Medical Express website. . 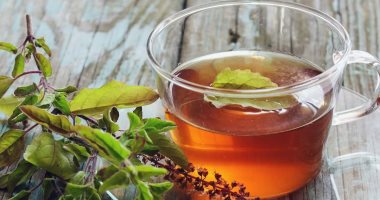 The researchers explained that the compound fencol found in basil contributes to reducing the neurotoxicity caused by Alzheimer’s in brain cells, as the fatty acids produced by gut bacteria play a role in nourishing brain health. The researchers noted the presence of these fatty acids in this compound, which contributes to reducing the risk of Alzheimer’s.

The researchers pointed out that there is a relationship between fatty acids in the intestine that travel through the blood to the brain, specifically flowing to brain cells called neurons, especially since Alzheimer’s occurs as a result of hardened deposits that collect together between nerve cells to form plaques of the protein amyloid in the brain, and it may also occur As a result of the occurrence of neurofibrillary tangles of tau protein within brain cells, all of which contribute to the loss and death of neurons which eventually leads to the emergence of Alzheimer’s disease, a neurodegenerative disease that contributes to loss of memory, thinking skills and other cognitive abilities. 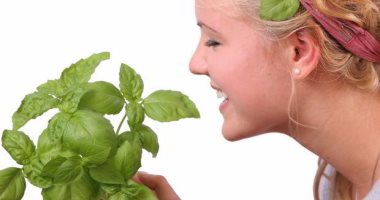 The researchers found that this compound, which is found in basil, significantly reduced the accumulation of hard deposits, and the death of neurons, and also contributed to the reduction of aging neurons known as zombie cells, which are commonly found in the brain that suffers from Alzheimer’s.

The researchers confirmed that the compound in basil also contributed to the removal of amyloid protein from the brain faster, which works to stave off dementia and Alzheimer’s disease.

A recent study found that adding avocados to your daily diet can significantly improve gut health due to its...

A cataract is one of the eye diseases that may affect a person without warning, and it occurs when...

Keep in mind..Sleeping while sitting on the chair exposes you to clots

Inactivity in a sitting or sleeping position takes a heavy toll on your joints and may lead to stiffness...

Breastfeeding diet.. 10 steps that make magic to regain your fitness again after childbirth

Weight gain after childbirth and during the breastfeeding period is inevitable, as a result of the many hormonal changes...

Why shouldn’t you get a flu shot if you have a fever?

The influenza vaccine is one of the most important vaccinations that must be obtained before the arrival of the...