Study: Smoking by pregnant women increases the risk of preterm birth by 40%

A study issued by McGill University in Canada revealed the serious effects and complications resulting from smoking Mothers during pregnancy, and the extent of its impact on the health of the mother and fetus during this arduous journey, which is punctuated by risks, according to what was reported on the verywellhealth website. 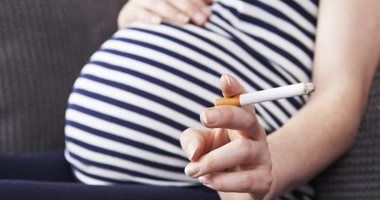 The researchers pointed out that smoking pregnant women makes them more likely to have low birth weight babies, and increases the risk of premature birth and exposure to premature rupture of membranes.

The study indicated that there is a relationship between neurological disorders in childhood and cigarette smoking during pregnancy, so quitting smoking is one of the best things you can do to ensure the health of your child.

The researchers also confirmed that smoking during pregnancy can significantly increase the risk of birth defects, after the study examined the birth outcomes of more than 400,000 smokers and 8.6 million non-smokers in the United States between 2004 and 2014.

Researchers have found that pregnant women who smoke have a 130% increased risk of having a baby that is too small for its developmental stage, increasing the risk of gastrointestinal and urinary disorders, lung problems and negative neurological outcomes in childhood.

Could Brian Laundrie still be alive if he's on the Carlton Reservation?

"We are all different" .. A photo session on the sea for children to accept the other and fight bullying