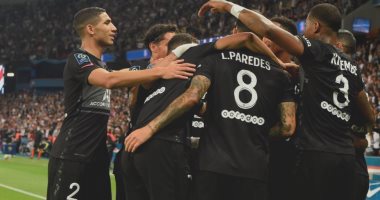 The Paris Saint-Germain team strengthened its lead in the French League standings, after it achieved an important victory over its guest, Montpellier, with two goals without return, in the confrontation that brought them together on Saturday evening, at the “Park of the Princes”, as part of the eighth round of the competition in the current season 2021-2022. .

Summary and goals of the match Paris Saint-Germain vs Montpellier

With this result, Paris Saint-Germain enhances its lead in the French league standings, after raising its score to 24 points from 8 matches, 10 points behind runner-up Marseille with 14 points with two fewer games, while Montpellier came in eleventh place after its balance was frozen at 9 points. .

Paris Saint-Germain missed many stars in tonight’s match, led by Marco Verratti and Lionel Messi, who were injured.