Voters in Switzerland have rejected a plan to limit the number of European Union citizens allowed to live and work in their country.

All but four of the country’s 26 cantons, or states, likewise opposed the plan proposed by the Swiss People’s Party, public broadcaster SRF reported.

The measures would have given preferential access to jobs, social protection and benefits to people from Switzerland over those from the 27-nation bloc that surrounds it.

The government had warned that the measure could further strain the rich Alpine’s country’s deep and lucrative ties to the EU. 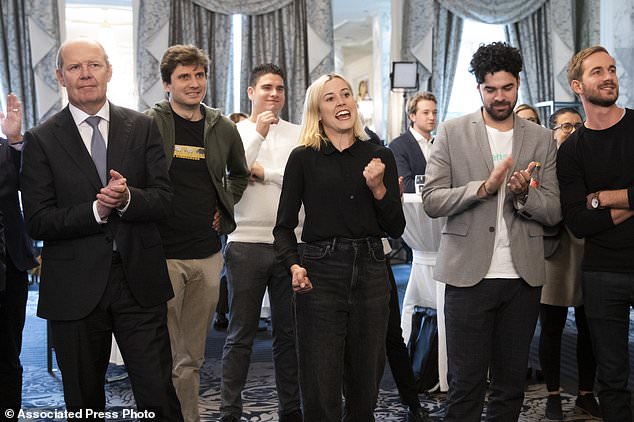 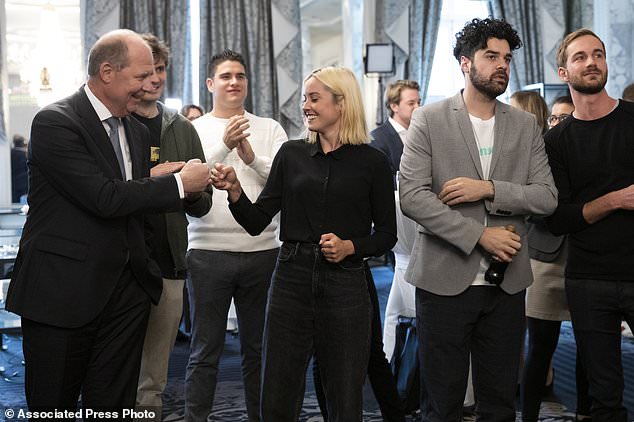 Ms Zimmermann (centre), together with Mr Vogt, Mr Perlini, and Mr Manser-Egli (from left), are pleased with the result of the vote 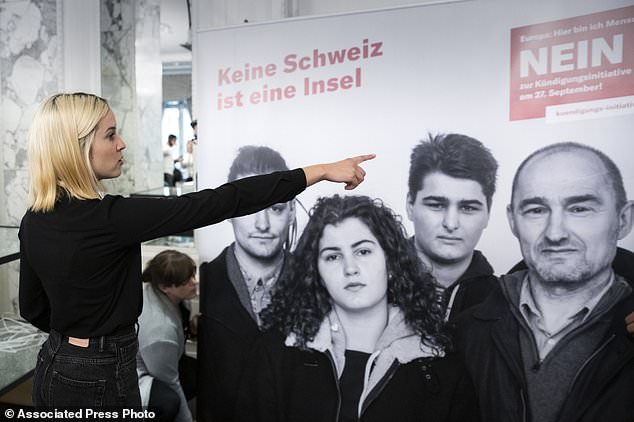 Laura Zimmermann, co-president of Operation Libero, is standing in front of a poster reading ‘No. No Switzerland is an island’ in Bern, Switzerland

It could also have triggered reciprocal disadvantages for millions of Swiss citizens if they want to live or work in the EU.

‘Especially at this time, during the difficult economic situation caused by the corona crisis, good relations with our neighbors and with the EU are important,’ Justice Minister Karin Keller-Sutter said, welcoming the outcome of the vote.

She said Switzerland would continue to pursue a ‘bilateral path’ with the EU, eschewing membership of the bloc while seeking close economic ties with it.

In a nod to the misgivings many Swiss have about the country’s big neighbor, Keller-Sutter acknowledged that ‘freedom of movement doesn’t just have benefits.’

‘The Federal Council only wants as much immigration as necessary,’ she said. ‘That continues to be our goal.’

Roughly 1.4 million EU citizens live in the country of about 8.6 million, while around 500,000 Swiss live in EU countries. 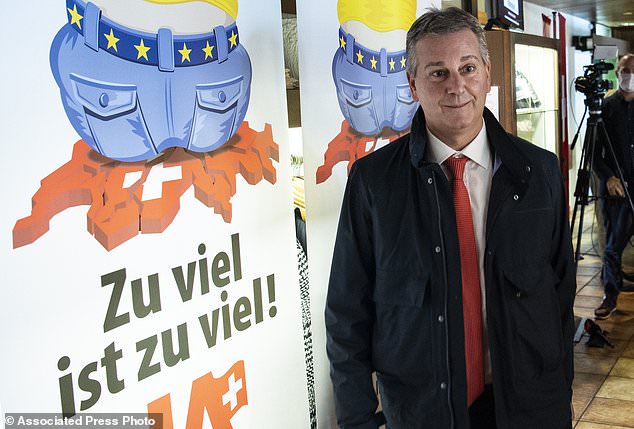 Some are dual citizens and wouldn’t have been affected by any restrictions.

In a similar referendum in 2014, the Swiss narrowly voted in favor of limiting EU citizens’ freedom to live and work in Switzerland.

Lawmakers, however, refused to fully implement that referendum fearing a hefty impact on Swiss society and businesses, prompting the People´s Party to get the issue back on the ballot again this year.

Since the last vote, Switzerland has witnessed the turmoil that Britain’s 2016 referendum to leave the European Union has caused, especially for EU citizens in the UK and Britons living on the continent.

Britain left the EU in January, but is in a transition period until the end of the year with prospects for a deal on future relations between London and Brussels still uncertain. 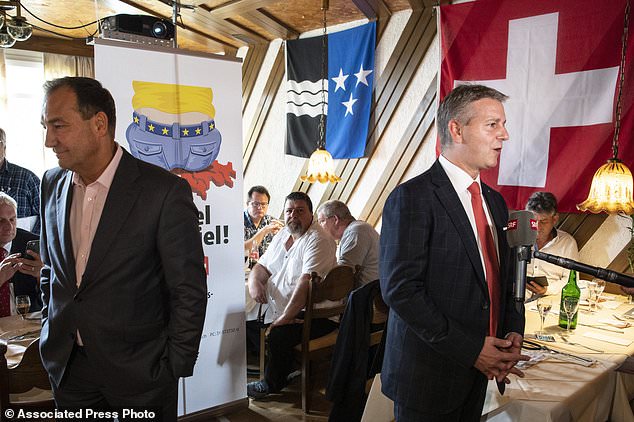 ‘I’m not at all in favor, and even more now, because it´s not a time to isolate Switzerland,’ he said.

Elisabeth Lopes agreed. She said: ‘I’m a daughter of immigrants, so it is a matter that touches me.

‘If Switzerland had to withdraw or reduce these agreements (with the EU), I think we would be the real losers.’

In Brussels, European Commission President Ursula von der Leyen welcomed the result of the referendum, calling it “a positive signal to continue to consolidate and deepen our relationship.”

She also urged Switzerland to approve a series of agreements negotiated between the country and the EU in 2018, but not yet ratified.

The freedom-of-movement measure was being considered alongside nationwide votes on several other issues.

SRF reported that a majority of voters backed plans for paid paternity leave and for the purchase of up to 6 billion francs (about $6.5 billion) worth of new fighter planes by 2030.

Voters rejected measures on the right to hunt wolves to keep their population down and on increasing tax breaks for child care.

Turnout was higher than in most recent referendums, almost 60% of voters going to the polls or casting their ballots by mail.