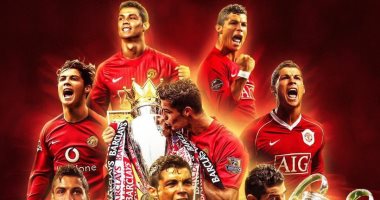 The curtain came down on the strongest summer transfer markets in the history of football, after the end of the summer Mercato 2021, which witnessed the departure of Argentine Lionel Messi from Barcelona from Barcelona and move to Paris Saint-Germain in a free transfer deal, as well as the return of Portuguese star Cristiano Ronaldo to his old team Manchester United. The Englishman left Juventus.

Real Madrid remained hopeful until the last moment to sign Kylian Mbappe from Paris Saint-Germain, but the Paris club refused to give up on the player whose contract expires next summer, and he is entitled to sign in January for any team.

The transfer of Englishman Jack Grealish from Aston Villa to Manchester City remained the most expensive deal in the summer Mercato, for 117.5 million euros..

In second place was the Belgian deal, Romelu Lukaku, who moved from Chelsea to Inter Milan for 115 million euros.

As for the third place in terms of the most expensive, was a deal within the Mercato Premier League as well, where the English winger Jadon Sancho moved from Borussia Dortmund to Manchester United for 85 million euros..

While the transfer of Moroccan Achraf Hakimi from Inter Milan to Paris Saint-Germain for 60 million euros came in fourth place.

While fifth place included an unexpected deal, as English defender Ben White moved from Brighton to Arsenal for 58.5 million euros.

And it was the sixth most expensive deal for the German league, specifically the Bayern Munich team, which bought the French Dayot Obamecano from Leipzig for 42.5 million euros..

In seventh and eighth place were the deals of Raphael Varane and Tammy Abraham, as the first moved from Real Madrid to Manchester United for 40 million euros, and with the same value Abraham moved from Chelsea to Rome.

The most expensive deal No. 9 in the summer Mercato was for the Liverpool team, which bought the French Ibrahima Konate from Leipzig for 40 million euros.

And in tenth place was the unexpected deal, as Emiliano Buendia moved from Norwich City to Aston Villa for 38.4 million euros, a deal that no one expected to be among the most expensive deals in Mercato..