The dates of the fourth round of the Spanish League 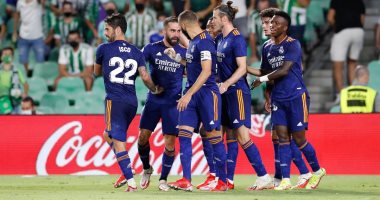 Real Madrid is at the top of the Spanish league standings after the end of the third round, with 7 points from two victories and a draw, with a goal difference from Valencia, Seville, Barcelona, ​​Atletico Madrid, and Real Mallorca..

Real Madrid will host Celta Vigo at nine in the evening next Sunday at the Santiago Bernabeu to consolidate its lead.

The Spanish League, “La Liga”, announced the postponement of the Barcelona-Sevilla match, which was scheduled to be held next Saturday, at the Ramon Sanchez Pizjuan Stadium, as part of the fourth round of the Spanish League competition..

And the Spanish League revealed, in an official statement, that the postponement of the match was due to the inability of the South American players to play the match due to the precautionary measures against the Corona virus, after returning from their country’s teams..

The dates for the fourth round of the Spanish League are as follows: