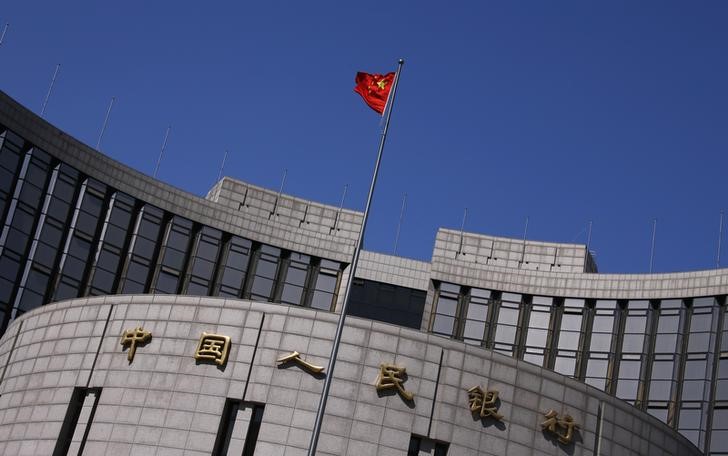 Investing.com – The dollar opens the week with a downward trend after news of an interest rate cut in China that will support risk assets.

The measure is implemented on the same day that new data showed that the Chinese economy slowed down in the fourth quarter, as a series of confinement measures related to Covid-19 and the spread of the crisis in the real estate sector, which is key have affected both production and consumption.

The persistence of lockdown measures this year, coupled with signs of easing in inflation, have fueled expectations of further monetary policy easing by the People’s Bank of China, in stark contrast to much of the rest of the world. world, where central banks are struggling to curb inflation.

Short-term interest rate futures in Europe imply that even the European Central Bank will be forced to raise its benchmark interest rates before the year is out, despite strong signals to the contrary from higher bank managers.

In Europe, the euro and sterling were unable to break past two-month highs hit last week, opening the week adrift. The euro rose 0.1% to $1.1425 while the British pound posted a 0.1% gain to $1.3682, undeterred by data suggesting the first Minister Boris Johnson could be forced to leave his post due to repeated breaches of the Covid regulations, both by himself and by his staff.