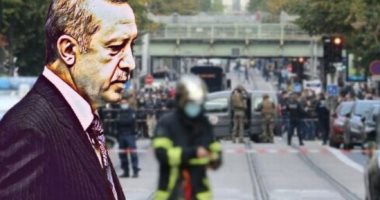 On Tuesday, the European Court of Human Rights called on Turkey for the immediate release of Kurdish politician Salah El-Din Demirtaş.

The court said that the detention of the former co-chair of the HDP, which lasted for years, was a cover to reduce pluralism and political debate in the country.

Demirtaş was arrested on November 4, 2016, on charges of terrorism, and the prominent Kurdish politician is still behind bars despite several judicial orders to release him, by Turkish courts and the European Court of Human Rights.

The European Court of Human Rights said on Wednesday it did not see evidence in the decisions of the Kurdish politician’s continued detention linking his actions to alleged terrorism-related crimes.

The European Court of Human Rights said that Demirtaş’s detention exceeded a reasonable period and violated his right to freedom, and ordered Turkey to pay 50,000 liras ($ 7,300) in compensation.

The court referred to Article 314 of the Turkish Criminal Code regarding “forming or leading an armed terrorist organization and belonging to such an organization,” which was used as a justification for Demirtaş’s continued detention.

The European Court of Human Rights said the article was “so broad” that its content “along with its interpretation by domestic courts, does not provide adequate protection against arbitrary interference by national authorities.”