The FA fines Chelsea for the incidents in the Liverpool match 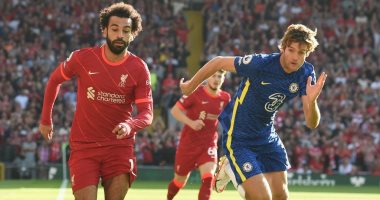 The English Football Association has imposed a fine of 25 thousand pounds on Chelsea FC, due to the incidents of the Liverpool match in the Premier League, which ended in a 1-1 draw on Saturday before last, in the match that brought them together at “Anfield”, in the third round of the English Premier League. .

The match referee, Anthony Taylor, before the end of the first half, awarded a penalty kick, after Reese James touched the ball with his arm on the goal line, and the Blues defender was sent off, and the Chelsea players could not control themselves and got into an argument with the Liverpool players, so that Antonio Rudiger and the goalkeeper got Edward Mindy on two yellow cards.

“Chelsea FC have been fined £25,000 for the breach of the FA rule, which occurred during the Liverpool match, on Saturday 28 August,” the FA said in a statement.

He added, “The club admitted failing to ensure that its players acted in an orderly manner during the 48th minute of the first half, and after the whistle at the end of the half.”

Chelsea prepares to face Aston Villa next Saturday, while Liverpool hosts Leeds United on Sunday 12 September, after the end of the current international break.

It is scheduled to open Chelsea’s campaign in the new season of the Champions League, facing Zenit St Petersburg, before concluding the confrontations this month against Juventus, Italy.