THE SECRET SCOUT: Rhys Norrington-Davies is tall in stature and powerful on the ball but needs to work on his passing range

Our scout is a top football expert who attends matches each week searching for  next star.

This week all eyes are on Rhys Norrington-Davies, a defender who is fast making a name for himself in the English game.

On loan at Luton Town from Sheffield United, could the 21-year-old be on the path to great things? 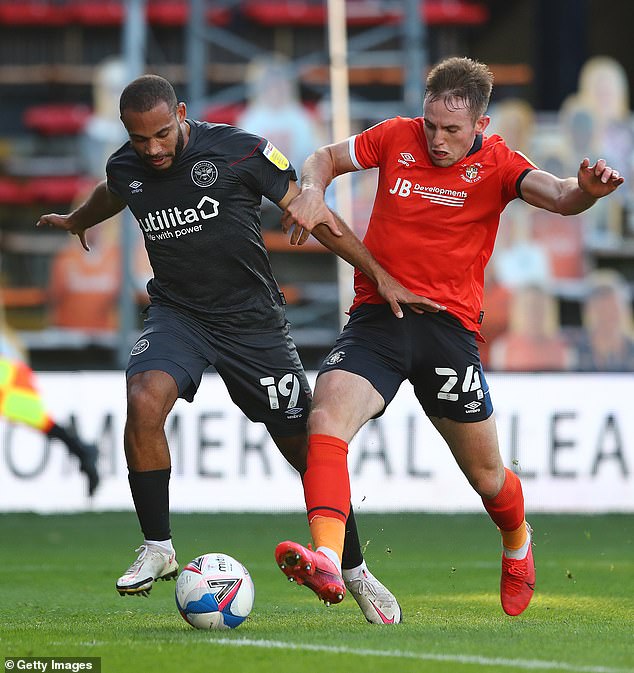 On loan at Luton Town from Sheffield United, Rhys Norrington-Davies is looking to step up

This young Sheffield United player is already a man in stature and has taken to the Championship well as Luton’s left-sided defender on loan for the season.

A tall, powerful player, he is difficult to shake off the ball when he moves forward. In the game I saw he was playing as a left-sided wing-back where the angles of receiving the ball and indeed the spaces ahead are very different to playing from further back in a regular four.

When he gets into his stride he is most determined, with weak challenges bouncing off him as he hugs the touchline.

Well-built with fair pace, he was confident in his defending — ushering his opponent (on this occasion the opposition full back instructed to push up) away from goal.

He has the build of a central defender and perhaps he may settle there. 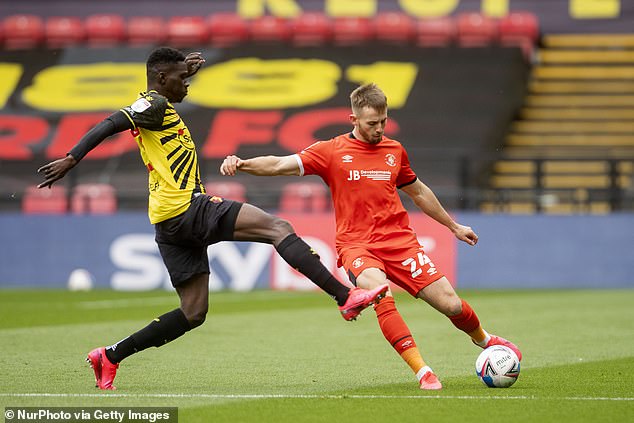 He has a strong left-foot delivery but when he gets into advanced positions and has to pick colleagues out with a more precise or subtle pass he came up short on a couple of occasions.

At his age — and with limited exposure so far — he will improve in this area. He looks an excellent competitor and for the present he seems better equipped for an orthodox left back role.

He challenges well in the air and was more than aware of team responsibility and recovered well when possession was lost. Overall he gave the team a nice balance.

I notice he has represented Wales at youth level and I consider, with consistency and steady improvement that will come with further experience, he is definitely capable of challenging Tottenham’s Ben Davies for the senior left back berth.

SARAH VINE: A mischievous tribute to the First Lady of Fab!