The State of PlayStation Studios (2021 Update) 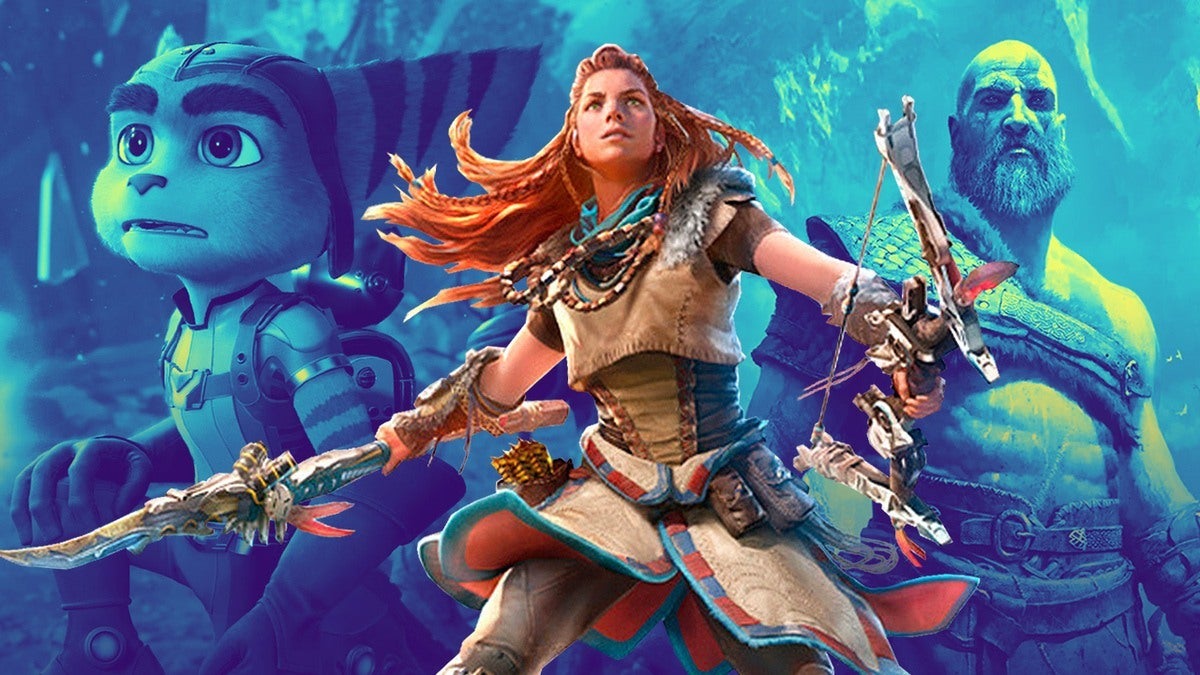 
As we enter 2021 and the PS5 is officially in the wild (well, sort of), it’s time to take a look at the state of Sony’s first-party studios. The launch of the PS5 brought with it a host of new PlayStation exclusive games, but the stable of PlayStation Studios has plenty more in store.

But from recently released like The Last of Us Part 2 and Ghost of Tsushima to impending exclusives like Horizon Forbidden West, let’s take a look at what every PlayStation Studio has in the works.

Last release: After years of teases, Bend Studio finally released its post-apocalyptic thriller and motorbike simulator Days Gone in 2019. Set in the Pacific Northwest, Bend’s open-world adventures introduced us to Freaker hordes, Boozeman, and Deacon St. John, while also — SPOILERS — possibly tying in a beloved Bend franchise into its world.

Currently working on/next project: Days Gone… still! Bend has actually done a great job of post-launch support for Days Gone, from performance patches to free weekly challenges, and even wackier DLC options like a Death Stranding-themed bike. And it’s even got improved performance on PS5, with framerates up to 60 FPS. The studio has since been recruiting for a new project, but has revealed no details on it just yet.

Last release: Horizon Zero Dawn, the 2017 hit that introduced PlayStation 4 owners to a world of fascinating robotic beasts to fight in an intriguing world. Guerrilla released a big expansion to Horizon, The Frozen Wilds, later that year. Since then, the studio also released Horizon on PC as one of the first major PS4 exclusives from a Sony first-party to make the jump to another platform.

Currently working on/next project: Alongside the reveal of the PS5, Horizon Forbidden West was one of the initial big, first-party exclusives announced for the new system. Set tentatively for a release in the second half of 2021, Forbidden West continues Aloy’s journey, introducing new enemies, locations, and mysteries to uncover. No gameplay has been shown, but if Forbidden West is still set for this year, we should hopefully see some soon before it hits PS4 and PS5 later this year.

Last release: Since becoming a first-party studio early last year, Insomniac has already been one of the more prolific studios in the lineup. Following up on its massive success with 2018’s Marvel’s Spider-Man, Insomniac debuted its sequel Marvel’s Spider-Man: Miles Morales on both PS4 and on PS5 as a launch game. Alongside that, the developer also brought Marvel’s Spider-Man Remastered to PS5, bringing a next-gen look and feel to the beloved original.

Currently working on/next project: As if that wasn’t enough, Insomniac has one more “launch window” PS5 game in the works – Ratchet and Clank: Rift Apart. Rift Apart promises reality-hopping gameplay made possible by the PS5’s SSD, and is easily one of the most anticipated PS5 games in the first half of 2021. And though it’s not officially announced, let’s be real…there’s plenty of post-credit scene teases to indicate a new Spider-Man game is on the way, eventually.

Last release: Sony’s Japan Studio has been quite prolific, either developing or co-developing plenty of games in just the life of PS4 alone. From work on Knack to The Last Guardian to PSVR breakout Astro Bot Rescue Mission to most recently co-developing Everybody’s Golf, Japan Studio has been involved in a lot of major Sony first-party titles, and the ASOBI Team within the studio delivered at the PS5’s launch with Astro’s Playroom. It may have seemed like just a free pack-in, but ASOBI’s ingenuity transformed the bundled PS5 game into an incredible showcase for what the DualSense can do.

Currently working on/next project: We don’t know too much about what the studio has coming up next, but I’d expect it to be nothing short of a varied mix of PS4, PS5, and PSVR games to come. There’s also some uncertainty about what projects may be in the works given that three major Sony Japan devs, Junya Okura, Kazunobu Sato, and Silent Hill/Gravity Rush creator Keiichiro Toyama recently left the studio. But given the acclaim, success, and promise of more to come from Astro, hopefully a larger scale game could be in the works.

Currently working on/next project: London Studio has continued to support Blood & Truth with post-launch content updates. We don’t know what London Studio is working on afterward, but given the strong reception and Sony’s commitment to PSVR, I’d expect more VR outings from the studio.

Unfortunately, Sony shut down its Manchester VR studio before the team could release a game. Originally opened in 2015, the studio is now the third internal Sony studio to be shut down during the PS4’s lifecycle.

Last release: After introducing the world to LittleBigPlanet on the PS3 in 2008, the infinitely creative Media Molecule gave us Tearaway for the PlayStation Vita (which got a port to the PS4 in 2015) and most recently released Dreams for PS4.

Currently working on/next project: More Dreams! Media Molecule’s creation suite has allowed players’ ingenuity to run wild, and turn out a continuous stream of impressive games, music videos, and short films. Media Moelcule has continued to support Dreams and its community, making it one of the most exciting and creative products in PlayStation’s first-party lineup.

Last release: During the life of the PS4, Naughty Dog put out a handful of incredible games, including The Last of Us Remastered, Uncharted 4: A Thief’s End, Uncharted: The Lost Legacy, and most recently, The Last of Us Part 2.

Currently working on/next project: After a few delays, The Last of Us Part 2 released to critical and commercial acclaim in mid-2020, and Naughty Dog has continued to support free post-launch updates. The company has no newly announced projects, but as far as we know, it is quietly plugging way at some form of Factions, The Last of Us’ multiplayer mode that was expected to return for Part 2 but didn’t make it in time for release due to the expanding scope of the single player.

Last release: Concrete Genie, the beautiful action-adventure game that gives players the power of a magical paintbrush. Originally scheduled for a spring 2019 launch, Concrete Genie has been pushed to this fall, but along with that delay came the announcement of a PSVR mode to accompany the main campaign.

Currently working on/next project: We don’t know! Pixelopus is definitely one of Sony’s smallest internal studios, but Concrete Genie showcased big creative ambitions, a knack for some charming art and storytelling, and a unique gameplay idea that still felt like it could hold its own against Sony’s bigger games.

Last release: The Sony studio Poylphony gave us Gran Turismo Sport last generation, and has been busy providing content updates and patches to the game since its launch in 2017.

Currently working on/next project: Unsurprisingly, the studio continues to work on the acclaimed racing sim franchise, and Gran Turismo 7 was announced for the PS5 last year. Though it has no exact release date, release a Sony advertisement teasing upcoming PS5 games hinted at a 2021 release. Whether it remains on track is unclear at this time, but it’s no surprise that Sony’s newest console will also be home to one of its longest-running franchises.

Currently working on/next project: MLB: The Show 21 is, unsurprisingly, probably on the way next from San Diego Studio. Though a recent announcement that future MLB: The Show installments could come to non-PlayStation home consoles as early as 2021, there’s been no indication of whether this year’s MLB will actually kick off that trend.

Last release: God of War, IGN’s Best Game of 2018 and a huge evolution of the long-running Sony franchise.

Currently working on/next project: Unsurprisingly, more God of War. Very little is known about the upcoming sequel, other than a brief teaser trailer and the tagline “Ragnarok is coming.” And while we’re still largely in the dark about Kratos’ continuing adventures through Norse mythology, we do know that it’s planned for a 2021 release. Additionally, the studio is working on an unannounced game according to recent hiring notices from Santa Monica.

Last release: Sucker Punch’s long-awaited new franchise, Ghost of Tsushima, debuted as the fastest-selling new IP of the PS4 generation for Sony, and while Sucker Punch has supported its release with patches and PS5 performance updates, the studio also surprised fans with an unexpected post-launch multiplayer mode. Ghost of Tsushima: Legends surprised and delighted fans with a new take on Ghost’s combat, with up two four players taking on missions, including a Raid, together.

Currently working on/next project: Sucker Punch hasn’t revealed what’s to come after Tsushima and Legends, but given the impressive success and reception of both the single-player and multiplayer components, we wouldn’t be surprised if Jin Sakai returned in the future.

The Best PlayStation Exclusives of 2020

We don’t have the full details just yet, but another team within Sony’s first-party stable is assembling. While the San Diego-based studio has been the subject of rumors and speculation for years, we’ve gotten one of our best bits of information on them yet just recently. Michael Mumbauer worked as the Head for the unnamed studio until November 2020, and in his Linkedin profile description, we’ve learned that the studio is “a brand new, all-star, AAA Action/Adventure development team for Playstation. Based in San Diego and utilizing proprietary engine technology, this team was assembled to expand upon existing franchises and craft all new stories for the next generation of gamers.” Older rumors suggested that the new team is working to continue the Uncharted franchise, but as of right now that’s just speculation Sony has yet to confirm.

Of course, when we hear more about this studio or any of Sony’s other first-party teams, you can be sure to read and watch about it on IGN. And of course, for everything big happening in the world of PlayStation, be sure to check out our weekly PlayStation show, Beyond!, for more insight.

A year on from lockdown, Wuhan’s young enjoy their freedom

A year on from lockdown, Wuhan's young enjoy their freedom