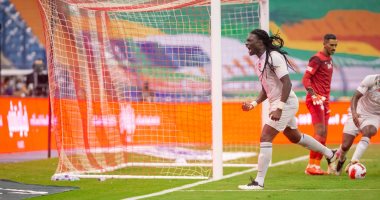 The positive tie was settled 2-2, the events of the Al-Shabab and Al-Hilal match, which brought the two teams together, this evening, Thursday, at King Fahd International Stadium, as part of the sixth round of the Saudi League 2021-22..

Nigerian Odion Ighalo scored the first goal for Al Shabab after just two minutes from the start of the match, and French Bafetimbi Gomez equalized for Al Hilal in the 14th minute from a penalty kick.

In the second half, Hattan Bahbari added the second for Al-Shabab in the 61st minute, before equalizing Hadi Al-Belehi for Al-Hilal in the 70th minute.

With this result, Al-Shabab occupies ninth place in the Saudi League standings with 6 points, as the start of the new season did not live up to the aspirations of its fans, as it only won one match against Al-Hazm, after the fifth round, while it tied with Al-Ittifaq, Damak and lost from Abha and Al-Fateh, before the tie today. .

While Al Hilal occupies the second place in the standings with 11 points, behind the leaders Al Ittihad with 12 points, as the leader has not lost so far in the new season of the Prince Mohammed bin Salman Cup League after playing 5 matches, winning 3 of them over Al-Ta’i, Al-Tawa’an and Al-Ettifaq, and a tie with Al-Batin and Al-Shabab.

In total, it has collected 35 matches between Al-Hilal and Al-Shabab since the beginning of the era of professionalism in the Kingdom in all tournaments, Al-Hilal won in 18 and Al-Shabab won in only 6, and 11 matches ended in a draw.