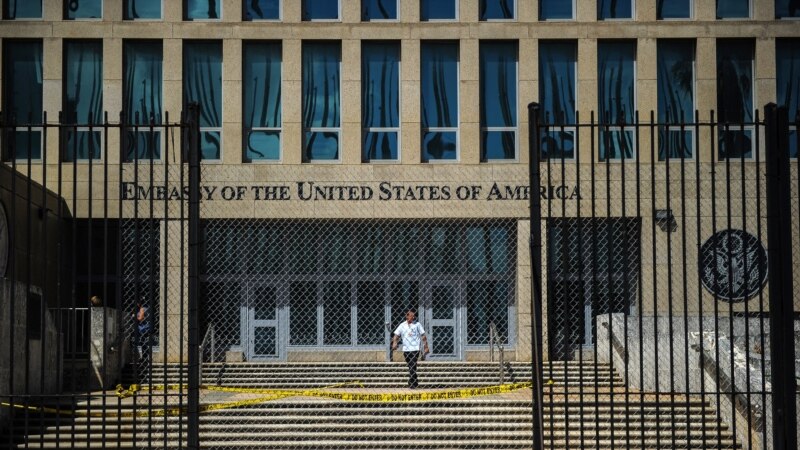 The US embassy in Havana, Cuba, may increase its consular services along with other activities on a limited basis, State Department sources reported Tuesday.

An official from the US Foreign Ministry detailed in a statement that the diplomatic legation hopes to initiate “a limited resumption” of some immigrant visa services and “facilitate diplomatic and civil society participation and expand the provision of consular services.”

“When we begin limited processing of immigrant visas at the Havana embassy, ​​we will work with the National Visa Center to schedule a limited number of immigrant visa appointments for applicants whose information is documentary complete,” the official explained.

The US embassy on the island considerably reduced its service personnel in 2017, under the administration of Republican President Donald Trump, when several diplomats and their relatives reported different “health incidents” that were laterknown as “Havana Syndrome”.

Since then, the processing of visas has been carried out from the US embassy in Guyana, which, the official clarified, continues to be the main place of processing for Cuban immigrant visa applicants.

During “the transition period,” the U.S. National Visa Center (NVC) will be in charge of scheduling appointments for immigrant visa applicants at the diplomatic headquarters in Cuba or at the Embassy in Guyana. For the Guyanese headquarters, applicants will be notified directly with their appointment information.

The State Department stressed that “applicants are strongly advised to refrain from traveling to Guyana for visa services unless they have obtained and confirmed an appointment there.”

Following the incidents – also known as “sonic attacks” – the Biden administration released in February passed a report by the Central Intelligence Agency (CIA) that concluded it is unlikely that a foreign adversary used microwaves or other forms of directed energy to attack US diplomats and intelligence officials.

However, the State spokesman assured today that “the investigation into what is causing these incidents and how we can protect our people is ongoing.”

“The CIA’s interim findings do not change the Administration’s focus on the health and safety of government employees and their families, and they do not call into question the experiences of our State Department colleagues and families. The secretary has listened to them and met with them and, as he told the workforce, he is in no doubt that his symptoms are real,” the official said, referring to Secretary of State Antony Blinken.

The investigative work, the source recalled, is part of an interagency team involving the White House, the Department of Defense, US intelligence agencies., Congress and part of the scientific community.

Cuban authorities have repeatedly denied the term “sonic attacks” used by Washington, as well as any responsibility in the events, yet to be deciphered.

For Gay Disney Passholders, It’s A Complicated Time To Be A Fan