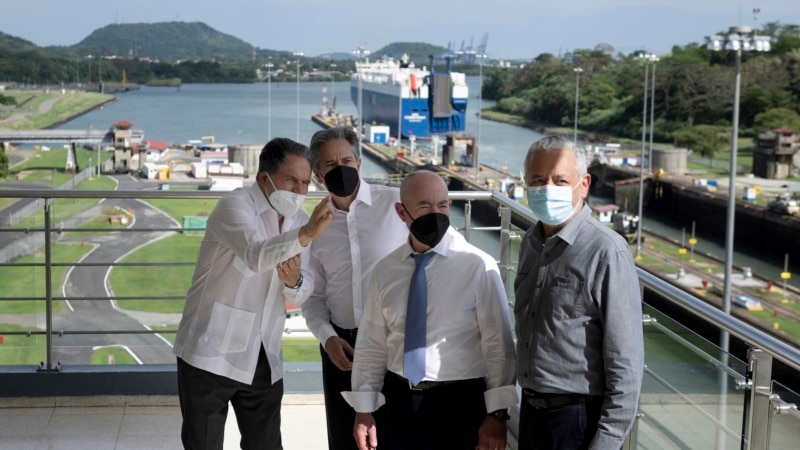 Greater cooperation from Latin America to deal with irregular migration was the main request of the US Secretary of State, Antony Blinken, on Tuesday upon arrival in Panama, where he will participate in the Ministerial Conference on Migration and Protection which Washington is co-hosting.

Blinken and the US Secretary of National Security, Alejandro Mayorkas, held meetings on their first day in Panama City with President Laurentino Cortizo, Foreign Minister Erika Mouynes and the Minister of Panama Canal Affairs, Aristides Royo, among others. .

“Good partnerships are crucial if we want to promote safe, orderly and humane migration. Grateful for the meeting with President @NitoCortizoy FM @ErikaMouynes today with @SecMayorkas in Panama to promote the shared priorities of our countries on migration,” the head of US diplomacy quoted on his Twitter account after their meeting.

Based on details published by the US embassy in Panama, one of the main objectives of the trip, the first of its kind to Latin America this year, is to address “talk with authorities about our collaboration on issues of migration, anti-corruption and inclusive economic growth.”

On Wednesday, Blinken and the Homeland Security Secretary will discuss immigration measures with their counterparts from more than 20 countries in the Western Hemisphere.

The two-day trip comes weeks before the administration of President Joe Biden end the rule known as Title 42, that allows rapid expulsions of migrants who irregularly cross US borders.

In addition, it will follow up on a previous meeting held in Colombia where the participants committed to addressing the causes of irregular migration in the region.

According to UN data, almost 100 million people have fled their homes around the world, a figure to which displaced people from Ukraine have been added, forced to flee, since Russia invaded in February.

“There are now more people on the move around the world, displaced from their homes, than at any time since World War II. And we are feeling that here in our hemisphere,” Blinken said before addressing ministerial talks on Tuesday.

“Panama has really taken a big step forward to be a leader and make sure that we see this as a shared responsibility, which is really the focus” of the trip, he added.

migration on the rise

In March, US border authorities intercepted 210,000 migrants trying to cross the border with Mexico, the highest number in two decades.

The data shows an increase of 24% compared to the same month of the previous year, when 169,000 migrants were located at the border.

Other countries in the hemisphere are also facing major migration crises, such as the case of Colombia, which has received more than six million Venezuelans fleeing the economic and political crisis in their country.

Brian Nichols, US undersecretary for Western Hemisphere affairs, said the Panama talks will seek to boost support for nations receiving refugees, including through multinational institutions.

The trip to Panama will help lay the groundwork for a summit of Latin American leaders that Biden will host in Los Angeles in June.

Snoop Dogg And His ‘Bong Ripper’ Come To Call Of Duty

For the fourth day, settlers storm the courtyards of Al-Aqsa Mosque under the protection of the occupation forces | Politics news

For the fourth day, settlers storm the courtyards of Al-Aqsa Mosque under the protection of the occupation forces | Politics news