“The world is seeing death and destruction” in Ukraine 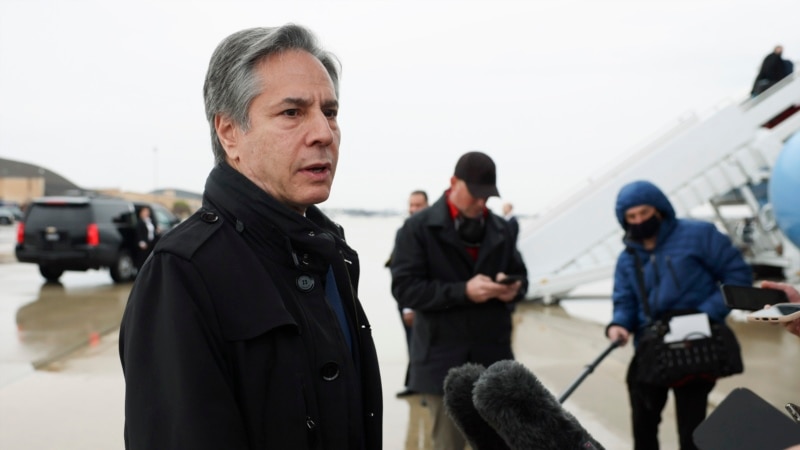 Secretary of State Antony J. Blinken said Tuesday that what we are seeing in Ukraine is “death and destruction” as part of “a deliberate campaign to kill, torture, rape, commit atrocities.”

He referred directly to the actions that are being left behind in places like Bucha by the Russian troops that invaded the nation on February 24.

“As this Russian tide recedes from parts of Ukraine, the world is seeing the death and destruction it leaves in its wake, and we are seeing in particular the horror that has been left behind in Bucha, something that is literally affecting people. around the world,” Blinken told reporters.

He said what was seen in Bucha, a suburb of kyiv, “is not the random act of a rebel unit.”

“The reports are more than credible. The evidence is there for the world to see,” he said.

The highest-ranking US diplomat assured that recent events only “reinforce our determination and the determination of countries around the world to ensure that one way or another, one day or another, those who committed these crimes are held accountable.” acts, to those who ordered them”.

Blinken reiterated US support for Ukraine “in its valiant struggle to expel Russian aggression from Ukraine and, of course, to maintain and increase pressure on Russia to stop this aggression.”

All these meetings are aimed at supporting efforts for accountability and support for Ukraine and increasing pressure on Russia.

Asked by reporters what he meant by “a deliberate campaign to kill civilians” and whether the United States has evidence linking Russian officials in Moscow, Blinken said: “We are working, as are others, to gather the evidence and to support the efforts of the Ukrainian Prosecutor General, to support the efforts of the UN Human Rights Council Commission of Inquiry that we helped establish, organizing all of this, putting all of this together.”

He recalled that he had previously warned that atrocities could be committed if the invasion occurred.

“The information we have seen about the aggression suggested that this would be part of the Russian campaign. Horribly, tragically, what we are seeing in Bucha and elsewhere supports this,” he said, reiterating that evidence is being collected.

He reiterated that for now countries must “maintain and build on support for Ukraine, maintain and increase pressure against Russia to end this war, to stop the death and destruction that Russia is perpetrating in Ukraine.”

With the government stock decreasing, Russian-Ukrainian accusations about disrupting a wheat ship to Egypt | Politics news

With the government stock decreasing, Russian-Ukrainian accusations about disrupting a wheat ship to Egypt | Politics news