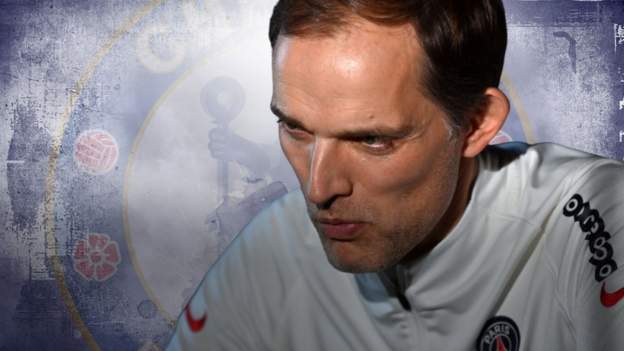 Thomas Tuchel is set to become Chelsea’s new manager after Frank Lampard was sacked on Monday, with the club’s hierarchy hoping the German is the man to unlock the potential of their most gifted talents.

Tuchel is one of the most complex manager personalities in European football. The 47-year-old is known as a political power player and control freak, but also as a tactical visionary and methodical thinker. He was dismissed by Paris St-Germain in late December after months full of fights between him and sporting director Leonardo.

While some in France claim Tuchel never brought the best out of a star-studded squad, PSG still reached the Champions League final in August and won back-to-back domestic titles. His track record was certainly good enough for Chelsea’s board, who approached him shortly before Lampard’s dismissal.

At first, Tuchel was unsure whether he should take the job midway through the season, but he has envisaged a move to the Premier League for quite some time, first engaging in talks with Chelsea in 2017 after he departed from Borussia Dortmund.

Tuchel views the job at Stamford Bridge as a chance to prove himself in England, just like Jurgen Klopp and Pep Guardiola – two men he admires – have done before him.

Good communicator and full of ideas

Throughout his career at senior level, Tuchel has gathered experience in a variety of environments. He started at the small Bundesliga side Mainz, moved on to the much more ambitious but financially limited Borussia Dortmund and then took over French champions PSG.

The Blues have an expensively-assembled squad after a lavish summer outlay but it seems unlikely Tuchel will face the same resistance in the dressing room as in Paris. Some of Chelsea’s players complained about a lack of tactical instructions and general communication under Lampard. Tuchel, however, is known to communicate extensively with his teams. If they let him.

The German will also not hesitate to implement some of his ideas – be it on the tactics board or elsewhere. At his previous clubs, he drew up diet plans, monitored sleeping patterns of players, overhauled the analytics department, changed the scouting processes and got involved in the renovation of facilities.

His willingness to control virtually everything at a club has made him enemies in the past.

During his time at Dortmund, he banned head scout Sven Mislintat, who later worked for Arsenal, from the training ground because of philosophical differences and demanded certain signings from chief executive Hans-Joachim Watze and sporting director Michael Zorc.

“What matters are fundamental values such as trust and respect,” Watzke said after Tuchel had left. “With Thomas Tuchel at the helm, Dortmund enjoyed two successful years in which our sporting objectives were achieved. However, we did not always see eye-to-eye with the coaching staff during this period.”

Tuchel will not have the time to introduce any substantial reforms at Chelsea in the next few weeks, but the summer could be the first test for the relationship between the German and Chelsea’s hierarchy. Whether owner Roman Abramovich, who is said to be a fan of Tuchel, and director Marina Granovskaia will be fond of their manager’s personality can only be subject to speculation at this point.

Worked well with Pulisic and Silva

It is understood, though, that those high up at the club believe Tuchel will be able to get better results out of the current squad than Lampard, who lost his job following a run of five defeats in eight league games. The Blues spent £222m in the transfer market last summer but most of the signings have not met expectations.

Most prominently, the two German attacking players Timo Werner and Kai Havertz have had more downs than ups since they arrived at Stamford Bridge.

As Chelsea have considered several German-speaking coaches in recent weeks – they approached former RB Leipzig manager Ralf Rangnick directly and reached out to the same club’s current boss Julian Nagelsmann’s camp – it seems as if the Blues hope that the German school of coaching that also spawned Klopp could reinvigorate the club.

Tuchel, having gone through the German coaching education system after he had to retire from playing at 25, might be able to connect quite easily with Werner and Havertz and implement them into his system.

He also worked well with Christian Pulisic at Dortmund and Thiago Silva at PSG. Moreover, he asked PSG’s management to make offers for both Jorginho and Antonio Rudiger during previous transfer windows.

It has already been reported players like Pulisic are happy about the arrival of Tuchel. While his personality might be off-putting in the eyes of some boardroom executives at times, he has helped a lot of players improve and take the next steps in their careers. “It is a players’ game. We as managers only serve our players,” he once said.

Considering the complaints about Lampard in recent weeks, this attitude might be just what this Chelsea squad needs.

There's a new remedy for hair loss... but you'll need a strong stomach to tolerate it