The surviving members of the band Queen have scooped up nearly £10million each thanks to the global smash hit film Bohemian Rhapsody, it was revealed today.

Brian May, Roger Taylor and John Deacon have seen their company Queen Productions reap in nearly £40million in total dividends thanks to the film about Freddie Mercury’s life.

The former fiancée of Mercury, Mary Austin, has also earned more than £7million from Rhapsody despite having no role in the film, nor in the band’s business empire.

Despite being almost universally panned by critics, Bohemian Rhapsody, which was released in October 2018, quickly became a global phenomenon at the box office.

Rami Malek won an Oscar for Best Actor for his portrayal of Mercury, with the film itself scooping up another three Oscars and two Baftas. 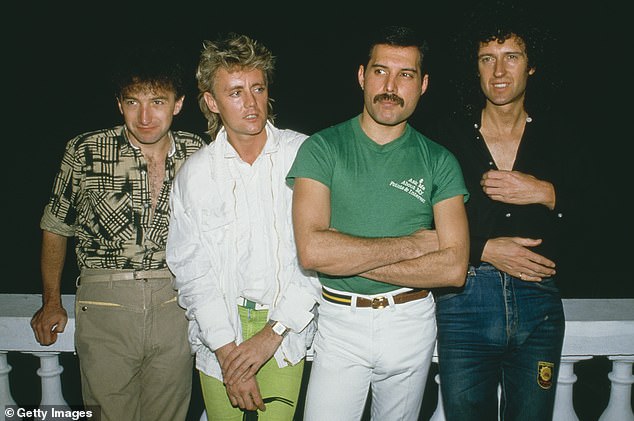 Queen in Rio to perform at the Rock in Rio festival, Brazil, in January 1985. Pictured (L-R): John Deacon, Roger Taylor, Freddie Mercury and Brian May

Bohemian Rhapsody, which cost £40million to make, has earned around £1billion globally in box office, DVD and streaming revenues.

It also sparked a huge surge in downloads of Queen’s music.

The news of the latest windfall has come in the accounts for the band’s main company, which reveals £20million in dividends were paid out for the year 2020.

This means that May, Deacon and Taylor walk away with £5million each, because the company is split four ways, with the remaining quarter going to the beneficiaries of Mercury’s will.

The previous year, in 2019, the company handed out just under £19million in dividends, which was when the band started to reap the profits from Rhapsody.

May, according to The Sunday Times Rich List, is worth £210million, with Taylor at £190million and Deacon, who was not involved with Rhapsody, worth £155million.

All three of the musicians have each walked away with £9.89million in dividends over the two years recorded since Rhapsody was released. 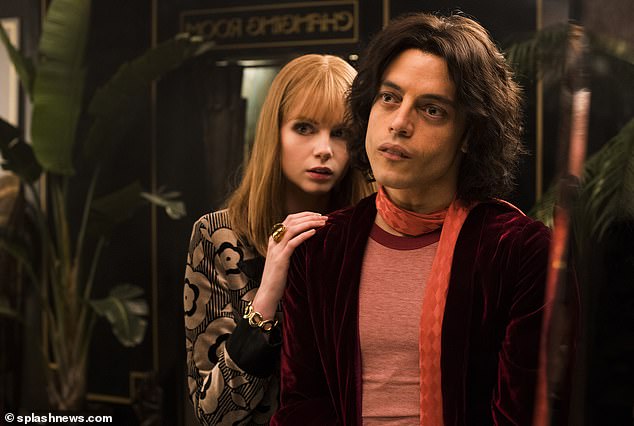 Brian May, Roger Taylor and John Deacon have seen their company Queen Productions reap in nearly £40million in total dividends thanks to the film Oscar-winning Bohemian Rhapsody. Pictured: Rami Malek as Mercury and Lucy Boynton as Mary Austin

The former fiancée of Mercury, Mary Austin (right), has also earned more than £7million from Rhapsody despite having no role in the film, nor in the band’s business empire. Pictured left: Deacon

But the hidden beneficiary of the band’s commercial success has been Mercury’s former fiancée and confidante Austin, who has scooped a total of £7.4million over the two years.

This is because Austin was the main beneficiary in Mercury’s will, which left her his £20million west London mansion, along with his art collection and Louis XV furniture.

Mercury, who was nursed by Austin as he died of Aids, also left her 50 per cent of his future earnings, with a further 25 per cent going to his parents and 25 per cent to his sister. 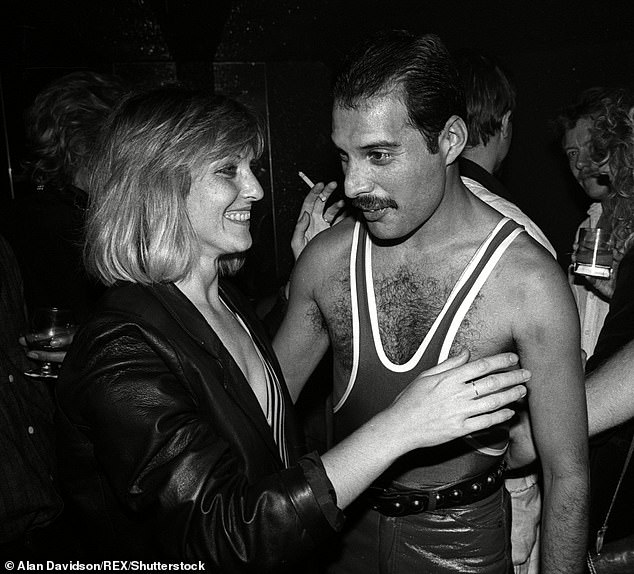 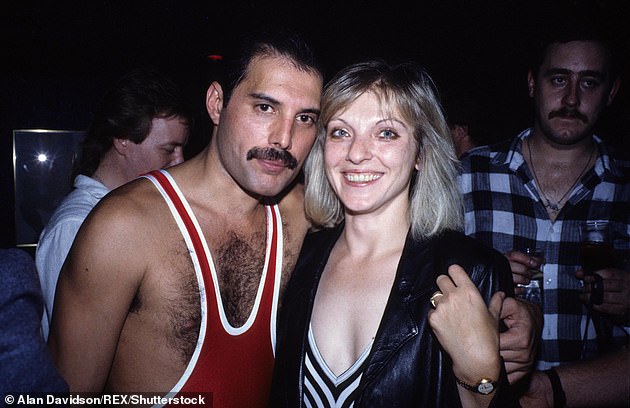 But Austin’s share increased to 75 per cent after the death of Mercury’s parents.

She is believed to have virtually no contact with guitarist May, drummer Taylor and bassist Deacon.

Austin admitted in a rare interview in 2013 that the inheritance had caused ‘bitter resentment’, among Mercury’s inner circle, including his band mates.

She also recalled Mercury’s confession about his sexual preferences after they had lived together for six years. Miss Austin recalled: ‘He said, ‘I think I am bisexual’, I told him, ‘I think you’re gay’. And nothing else was said. We just hugged.’

Mercury, however, insisted that he still loved and needed her, bought a nearby flat for her, and, according to friends, became a surrogate mother to her over the years.

Mercury once said: ‘I couldn’t fall in love with a man the same way as I have with Mary.’ Miss Austin has two adult sons by painter Piers Cameron and was married to businessman Nick Holford, but both relationships were shortlived.

But Austin, along with May, Deacon and Taylor, can all expect to continue to reap the rewards of Rhapsody.

Although turnover fell from £72million in 2019, to £41million the following year, the accounts for Queen Productions notes: ‘Given the success of Bohemian Rhapsody it is anticipated there will be further income from the film in…2021 and in the years thereafter.’

5 hairstyles for your child’s hair suitable for school .. “easy and does not take time”

What Awaits For The Crypto Market This Thursday 2021