Tottenham: Why Harry Kane is the ultimate team player 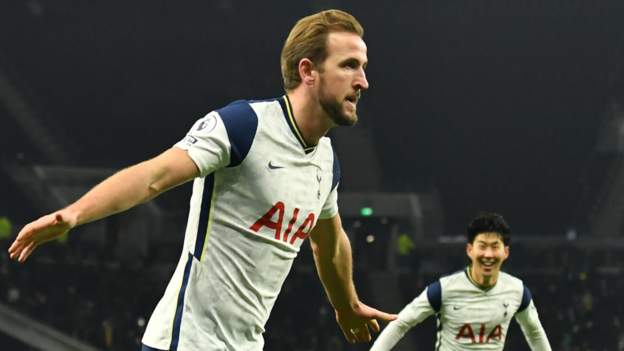 Tottenham have lost twice in the past seven days, and it’s no coincidence that Harry Kane had a quiet game on both occasions.

I still think Spurs are serious title contenders despite those defeats by Liverpool and Leicester, but for them to start firing again after Christmas, they will need Kane back on top form.

His attacking contribution with nine goals and 10 assists in 14 Premier League games for Tottenham this season has been amazing and is a big reason they are at the top end of the table – when he plays well, Spurs usually do too.

It is the England captain’s all-round game that has really impressed me in the past few months, though, because I have noticed what he does at the other end of the pitch too.

I still see Kane as a goalscorer – you have to, because of the sheer number he gets – but it shows how good he is that he is also a creator and defender for Spurs.

It is rare to see such an effective, attacking all-rounder in any circumstances, but on top of that he is the ultimate team player too, willing to do whatever is asked of him.

Kane the defender – a key man at corners

We already knew Kane was a phenomenal goalscorer before this season, and it is nothing new for him to drop deep to link up play either, but what he does in his own penalty area is often overlooked.

Liverpool’s last-gasp winner last week was the only corner that Spurs have conceded from in the Premier League this season, out of the 73 they have faced.

That’s because Kane has been doing such a good job in there, standing in and around the six-yard box and right in the middle of the goal.

Kane doesn’t pick an opposition player up, he is just there to win the ball if it comes into that area – and the number of times he does it is incredible.

In December’s victory against Arsenal alone, he won four headers from Gunners corners, and often he charged out of the area to follow up play as his side tried to break too.

I used to have to help defend corners and free-kicks and hated having to run 80 yards back to get in position, but it is not just from set-pieces that Kane does the dirty work, or even when his side are protecting a narrow lead.

Against West Ham in October, Spurs were 3-0 up when, just before half-time, Kane spotted Vladimir Coufal’s run from right-back and sprinted back from the halfway line to make a brilliant last-ditch block in his own box to stop a certain goal.

That kind of effort takes its toll on a forward, because it is such hard work to keep running up and down the pitch, but you would never know that with Kane because he just sees it as part of his game, when not every superstar striker would.

Son and Kane is a lot like Shearer and Sheringham

This Tottenham side is set up to play to Kane’s strengths, which is what any striker would wish for, but his unique skillset means it has been working really well for the team, not just him personally.

The obvious part of that is the goals he makes. Kane’s assist rate has rocketed this season, and his understanding with Son Heung-min is incredible.

They are both world-class forwards, and are so in tune with each other’s game that they have a picture in their head of what the other is doing before the ball arrives, and it is just a matter of one of them picking the other out.

The fact that Son is so clinical means that few of the chances he makes for him are wasted, and vice versa.

Their partnership reminds me of the one I was lucky enough to have with Teddy Sheringham for England. He knew exactly what I was going to do, and I was the same was him.

I had some excellent striker partners at club and also international level but Teddy was brilliant because he was so clever. He did not have great pace, but it didn’t matter because he thought a second or two ahead of everyone else and he knew exactly when to pick his pass.

He was unbelievable at dropping deep and finding me and, as a striker, it makes such a difference when you know that pass is coming.

If Teddy was deep and got on the ball, or was about to, I knew he would be trying to find me so I would make my run. When you watch Son with Kane, he does exactly the same.

Kane sees the pass, and he can play it too

It is a sign of how good any player is that, even if the opposition know what he is going to do, they still find it difficult to stop him. That was the case for Teddy, and it is the same for Kane now.

Liverpool were probably the first team to nullify him, in the first half at Anfield, but only because they were so dominant and he had to focus on his defensive work.

Kane is usually so hard to mark because teams don’t know whether he is going to take a touch and turn and run with the ball himself, or play a ball over the top for Son or someone else to get on the end of. He has done both things time and time again this season.

His long passing is one of the things that makes him special. Any striker could come deep looking for the ball like Kane does, but not many have his vision or ability to hurt teams from their own half, like he did when he saw Son breaking forward down the left and released him to score Tottenham’s first goal against West Ham (below). 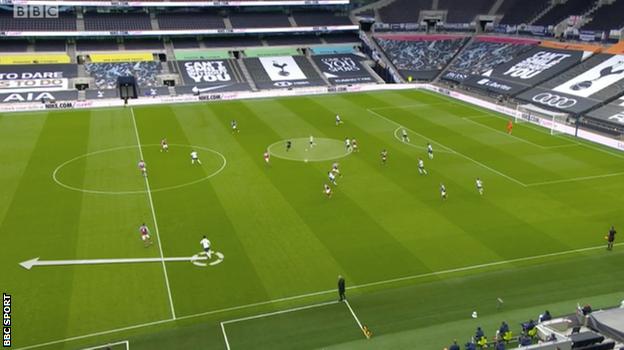 Defenders can’t stay tight to Kane, because he is good enough to turn them and get away from them, and also because of the gaps they would leave behind.

We saw that against Manchester City last month, when both centre-halves were stupid enough to follow him as he started high up the pitch then dropped in, which gave Son the space to run in behind on to Tanguy Ndombele’s pass and put Spurs 1-0 up.

Kane showed a different part of his game for Tottenham’s second goal in that match, this time when City were naive enough to leave him in space as he came back into his own half to collect the ball from Toby Alderweireld, and this time he turned and carried it forward.

Son was off again in front of him, as you would expect, but Kane waited and instead fed Giovani lo Celso, who was running into space to his left to score. 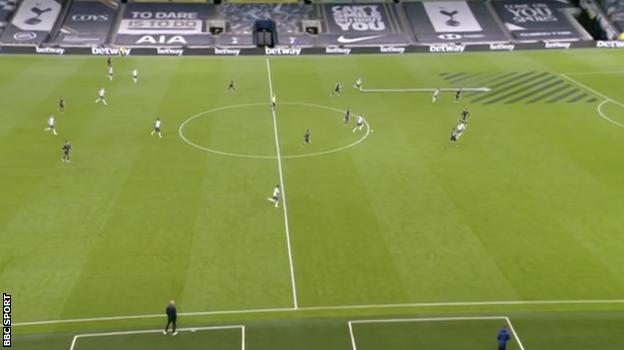 The really impressive thing about Kane this season is that he has done all of this extra work for the team without it affecting his scoring rate. He has not found the net in the past two games, but his goals-to-minutes ratio still holds up compared to previous campaigns.

A lot of strikers do change their game as they get older, often because they don’t have any choice.

I became more of a hold-up player later in my career, and did more of my work between the 18-yard lines rather than running out wide and hitting the channels. I had to do that, because I had a couple of serious injuries and I lost a yard of pace.

Fortunately there is no sign of that happening with Kane. He is only 27 and while he is adding different aspects to his game and growing into a more rounded striker, he is doing it without losing the most important thing – goals.

He is playing the Sheringham role, but still scoring too. That’s a sign of what a fantastic player he is, and how well he is managing his game. He is choosing the right moments to get forward, then has the same superb finishing ability when he gets there.

In the same game against Arsenal I mentioned earlier, he won the ball five times in his own area and only touched the ball twice in the Gunners box – but scored with one of them.

The statistics do show he is getting in the box – or at least touching the ball in there – slightly less than usual, but he is still getting away a similar amount of shots as he has done in past seasons, and with the same end product too.

His scoring numbers are brilliant and have been for many years. If he stays fit, I don’t see his goals or his assists ever drying up for very long, which is a big reason why I don’t see Tottenham going away in the title race.

Liverpool are a phenomenal side but I think Spurs will still be in the hunt come the final 10-12 games of the season, and with Kane in their side then of course they have a chance.