Bayern Munich are in talks with Chelsea about taking 19-year-old England winger Callum Hudson-Odoi on a season-long loan. (Sport Bild, via Mail)

France forward Ousmane Dembele, 23, has had a change of heart about joining Manchester United – but his club Barcelona have not yet sanctioned any potential move. (L’Equipe via Mirror)

Manchester United manager Ole Gunnar Solskjaer is prepared to sell winger Daniel James, 22, to help fund a late bid for 20-year-old Borussia Dortmund and England winger Jadon Sancho. Solskjaer, however, has yet to convince the club’s hierarchy to sell the Wales international. (ESPN)

Chelsea have told Inter Milan they would prefer to see Spanish left-back Marcos Alonso leave on a permanent deal after the Serie A side registered an interest in signing the 29-year-old on loan with an option to buy. (Goal)

Manchester United’s Diogo Dalot, 21, is in talks with AC Milan – but Roma also want the Portuguese right-back as part of their deal for United’s English centre-back Chris Smalling, 30. (Sun)

Arsenal’s Uruguay midfielder Lucas Torreira, 24, has arrived in Spain to undergo a medical with Atletico Madrid on Saturday before completing a season-long loan deal, with a purchase option for £18.1m. (AS – in Spanish)

Tottenham have also asked about the availability of Turkey centre-half Merih Demiral, but Juventus are not willing to let the 22-year-old leave. (Goal)

Arsenal are willing to send French centre-back William Saliba, 19, out on loan, with talks having taken place with Rennes. (Guardian) 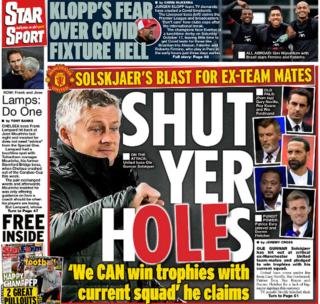 How 35 years ago Phillip Schofield was quite the ladies man

These cult-favorite men's L.L.Bean boots are on sale just in time for fall