A Ukrainian National Guard soldier has shot dead five people and injured five more at a military factory in Dnipro.

Artem Ryabchuk gunned down four servicemen and one civilian woman at the Pivdenmash missile factory in the early hours of this morning in the jittery east of the country with Russian troops stationed on the nearby border.

The conscript, born in 2001, went on the run armed with a Kalashnikov but he has since been captured. 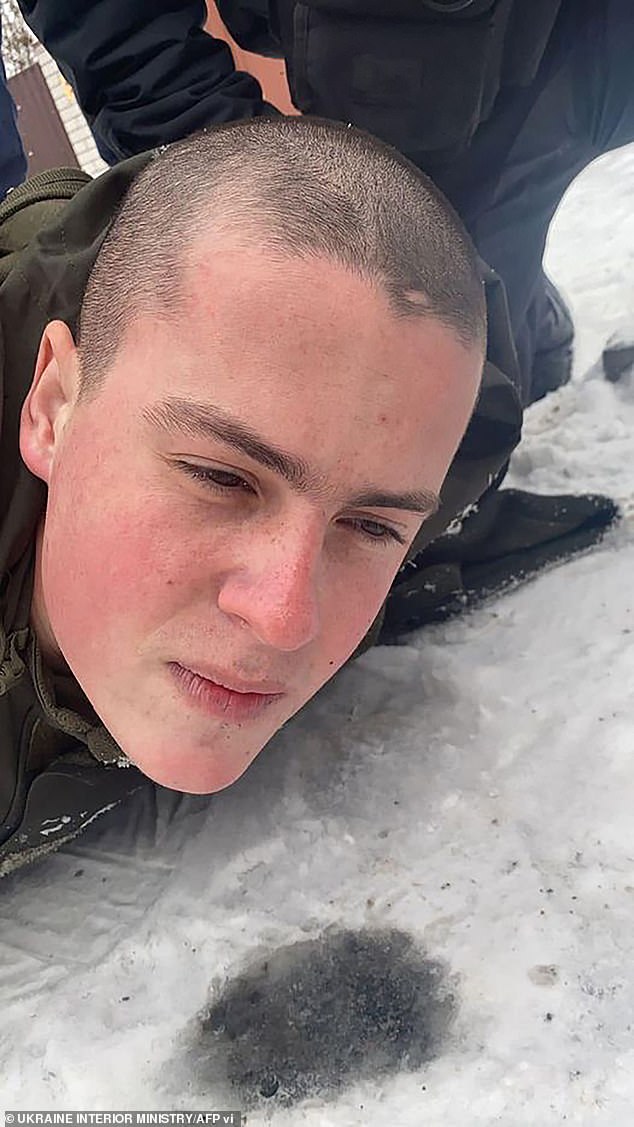 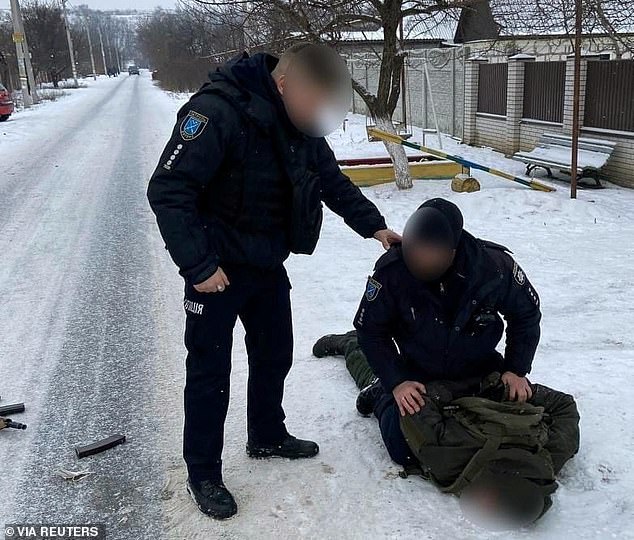 The conscript, born in 2001, went on the run armed with a Kalashnikov but he has since been captured

Investigators, who are yet to establish a motive, are now probing how he passed a medical commission allowing him access to the Kalashnikov rifle and 200 cartridges.

The factory produces and tests material related to defence, aeronautics and agriculture.

Ukraine’s deputy interior minister Anton Gerashchenko said: ‘First of all, the investigation will face the question – what was the motive for committing such a terrible crime?

‘The question of whether the serviceman faced a psychological pressure in the team will be studied.

‘In any case, he will suffer the most severe punishment for the mass murder.’

Police released a photo of his capture, with Ryabchuk being held down on the snowy ground.

The shooting comes amid heightened tensions across Ukraine with Russian troops stationed on the border. 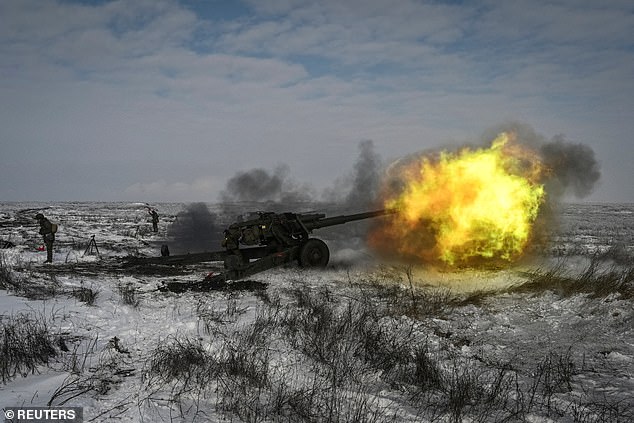 The shooting comes amid heightened tensions across Ukraine with Russian troops stationed on the border. Pictured: Russian military drills in Rostov yesterday

UK warships and fighter jets could be on the move within days to help thwart a Russian invasion.

ABBA Voyage: Critics head over heels for the band’s ‘return’ to stage for London residency

Texas shooting: Reconstruction of the massacre: the morning of fury that broke Uvalde | International

Defence Secretary Ben Wallace is understood to have requested a range of options from military chiefs in a bid to match the build-up of Moscow’s forces.

The move is significant because it was expected to come only after an attack on Ukraine.

But following Nato talks yesterday, thousands of US troops are set to be deployed to Bulgaria, Romania and Hungary. Washington has asked its allies, including Britain, to help provide additional manpower.

US secretary of state Antony Blinken last night told Russia that the White House would never agree to its call to ban Ukraine from joining Nato.

He said Washington’s ambassador to Moscow had delivered a blueprint to ease tensions and avoid a Russian invasion.

But the diplomat said there had been ‘no concessions’ on Nato membership or pulling troops out of eastern Europe – another Russian demand. 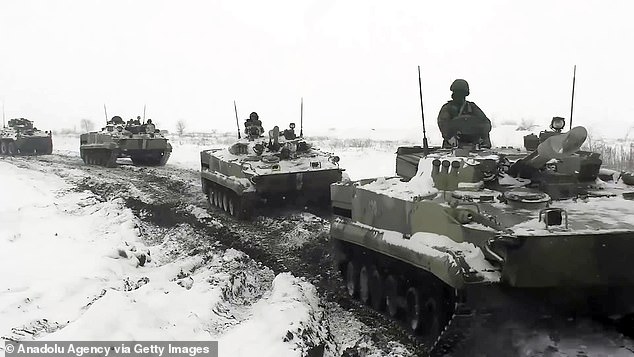 ‘The ball is in their court,’ Mr Blinken said. ‘It remains up to Russia to decide how to respond. We’re ready either way.’

Nato chief Jens Stoltenberg said the alliance would ‘not compromise’ on its open door policy for potential members.

The former Norwegian prime minister added: ‘We are hoping for, and we are working for, a good solution, de-escalation, we are also prepared for the worst.’

He suggested a Russian buildup near Ukraine’s border had taken place ‘under the disguise’ of military exercises.

‘Russia is in the process of deploying thousands of combat troops, hundreds of aircraft, 400 air defence systems and a lot of other very advanced capabilities,’ he warned.

The reinforcement of Nato forces in former Soviet bloc countries comes after intelligence signalled a spike in Russian troop numbers in border regions.

It was calculated that Mr Putin had amassed 100,000 troops in striking distance of Ukraine but this has been upgraded to more than 120,000.

The Daily Mail has learnt that Russian paratroopers are preparing for an airborne assault rather than a ground offensive. The Kremlin has been frustrated by mild weather melting the previously icy plains and creating a quagmire.

Mid-February is considered the most likely time for any action.

Should you buy the Italian index now?

on April 13, 2022, a Russian soldier stands guard at the Luhansk power plant in the town of Shchastya.Alexander Nemenov/Getty ImagesA Russian mother successfully made Russian authorities return...

ABBA Voyage: Critics head over heels for the band’s ‘return’ to stage for London residency

Texas shooting: Reconstruction of the massacre: the morning of fury that broke Uvalde | International

Nailed to the grass of the porch, a blue and red pennant with the slogan “America, land of braves” welcomes the house where Salvador Ramos, a taciturn 18-year-old...

“The love of guns is an American madness, yes, but not only”

Uonce more, in the United States, the distressing return of the same. On May 24, in Uvalde, a small town in Texas, an 18-year-old teenager named Salvador Ramos...

Should you buy the Italian index now?