You do not have to travel far up Jacob Umaga’s family tree to see that he comes from one of rugby’s richest bloodlines.

His father Mike played for Samoa and his mother Michelle played touch rugby for England. On top of that, his uncle Tana was a legendary All Black captain.

Umaga could have pledged his international allegiance to all three of those nations but, having grown up in Yorkshire, the 22-year-old fly-half has nailed his colours to the English mast. 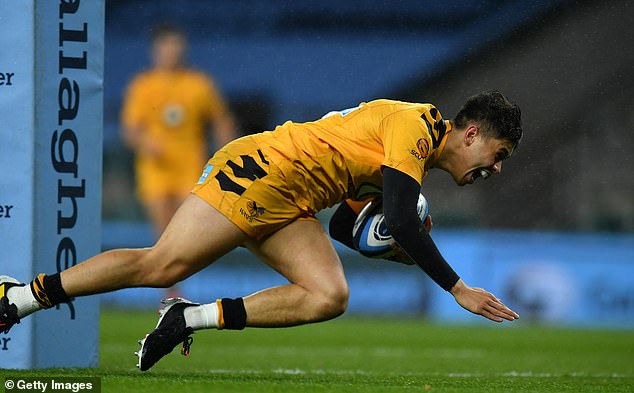 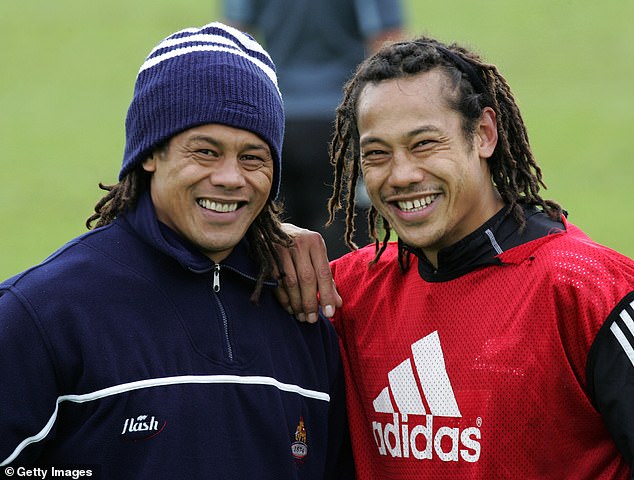 The youngster had barely arrived home from Wasps’ Premiership final at Twickenham before he was being called back to London by Eddie Jones.

He has been one of the key sparks in Wasps’ revival under Lee Blackett, ripping open defences with his instinctive attack.

Blessed with speed and footwork, he takes on defenders and has an eye for a gap – as he showed with his try against Exeter on Saturday.

Jones liked what he saw. Umaga has been selected ahead of Marcus Smith and Joe Simmonds – and could be fast-tracked into the matchday squad to face Italy on Saturday.

‘No 10s are like sushi chef,’ said Jones. ‘A sushi chef you’ve got a lifetime ambition to be good. It generally takes you about 10 years before you can start making sushi. 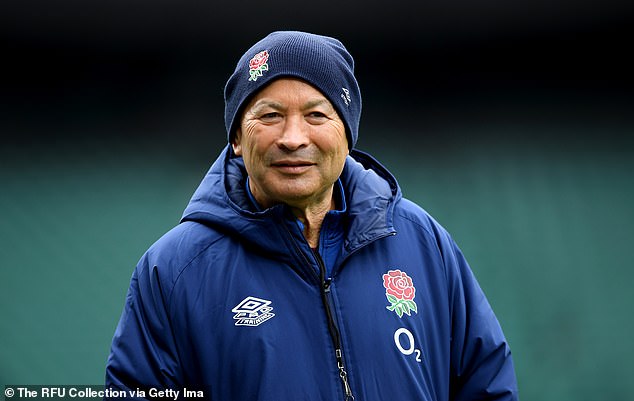 ‘The development of the player is something no one knows, but what you have to try to do is put them in an environment and encourage them to play to their strengths.

‘Look at the example of Daniel Carter. He was at his best at 35, the complete package: calm, takes field goals when they need them, kicks to the corner, then when there’s a line break he is in on it.

‘You have to identify those guys who have that instinctiveness about them and then try to bring them through.’

Tottenham Hotspur: Can they do ‘something special’ and where do Kane and Son rank?