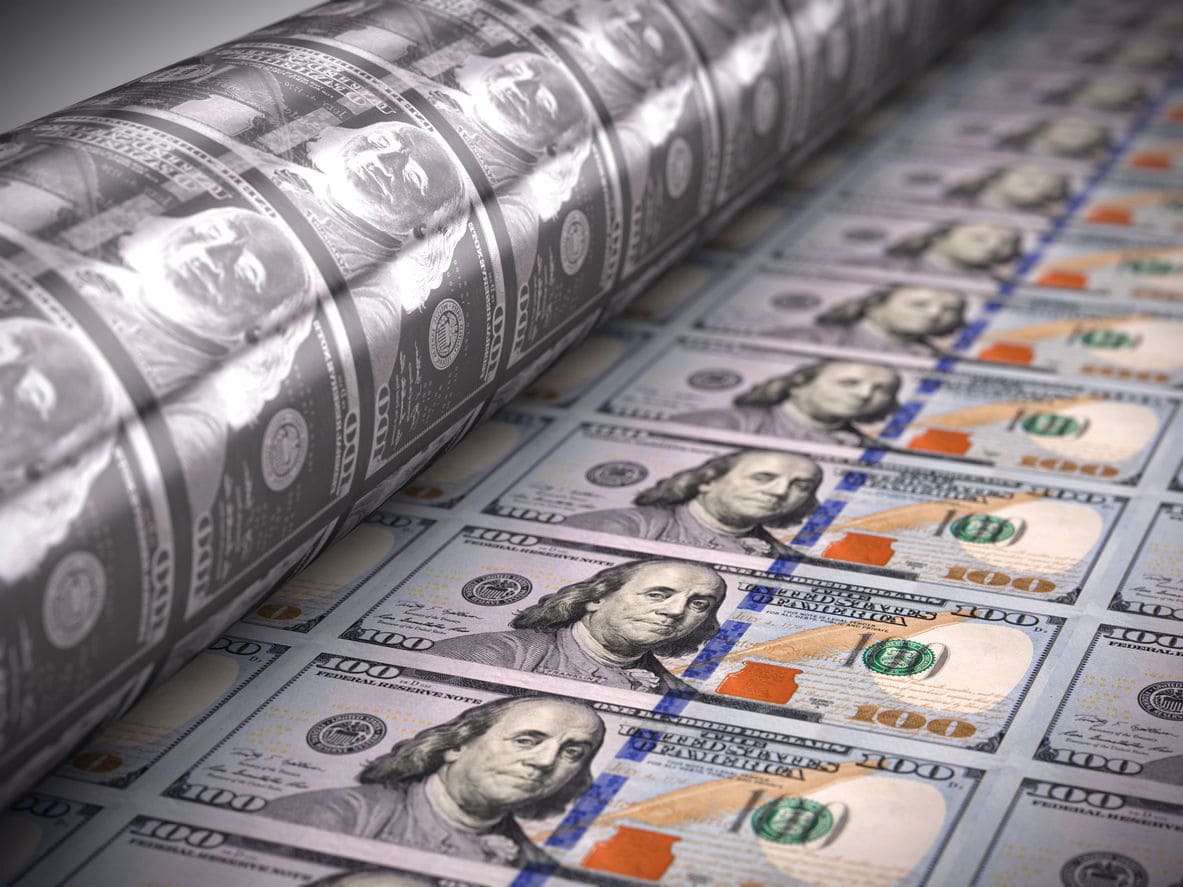 The US dollar index (DXY) has formed a bearish pennant after the first testimony by Jerome Powell. It is trading at $90.08, which is 1% below the February high of $91.05.

The dollar index wavered as forex investors digested the latest statements by Powell, the Fed chair. In his first day of testimonies in front of a Senate committee, he said that the economy was going through an uneven recovery. As a result, he said that the country will need more fiscal and monetary support. He said:

“The economy is a long way from our employment and inflation goals, and it is likely to take some time for substantial further progress to be achieved.”

As a result, the US dollar wavered against key currency pairs. It has lost slightly against the euro and pound but gained against the Japanese yen and Swiss franc. Similarly, US treasury yields have also been in a tight range, with the 5-year yield falling slightly.

The statement by the Fed chair came at a time when the short and longer-dated bonds have been rising in anticipation of the upcoming $1.9 trillion stimulus package. Analysts believe that the package will lead to a stronger economic recovery. This, will in turn spur inflation, and force the Federal Reserve to increase interest rates earlier than expected.

In the next two days, the DXY will react to another testimony by Powell. However, in most periods, his second-day testimonies don’t usually move the currency as much. The index will also react to the latest new home sales numbers. Analysts believe that the sales rose by just 2.1% in January as the country continued to be in a lockdown.

On Thursday, the Bureau of Statistics will publish the second estimate of the fourth-quarter GDP data. While the GDP numbers are important, the second reading don’t usually move the currency as much. Other important numbers to watch will be the US durable goods orders and the pending home sales numbers.

The dollar index has been relatively weak of late as investors bet on rising US inflation. On the four-hour chart, the price is slightly above the 61.8% Fibonacci retracement level. It is also slightly above the second support of the Andrews Pitchfork tool. Most importantly, it has formed a bearish flag pattern. Therefore, in the near term, the index may resume the downward trend as bears attempt to move below $90.