What will happen to abortion in the US if the Supreme Court overturns the Roe vs. Wade? 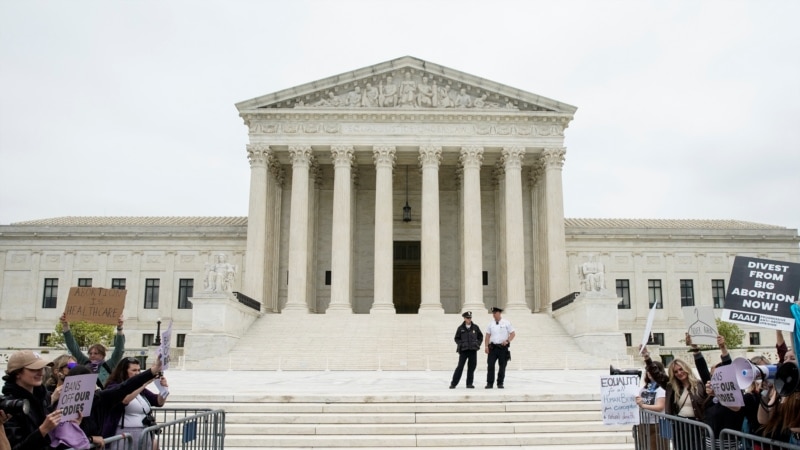 If the United States Supreme Court goes ahead with itannulment of the historic ruling Roe vs. Wade of 1973, which legalized abortion across the countrythe nation would immediately be divided into states with access to abortion and others that would ban it.

Some states are already bracing for the possibility that the highest court could weaken or overturn the ruling, setting the country on a path to an even more confused abortion rights landscape even before the court makes its ruling.

The United States’ highest court confirmed Tuesday that a leaked Supreme Court draft opinion showing a majority of the court favors overturning the landmark decision was an authentic document, but said it “does not represent a decision of the tribunal nor the final position of any member on the questions of the case”.

President Joe Biden said Tuesday that he hoped the justices would not finalize the draft, arguing that it reflects a “fundamental change in American jurisprudence” that threatens “other basic rights” such as privacy and marriage.

“If that decision is confirmed, it is really a very radical decision,” Biden added.

What would happen in the various states if the Supreme Court overruled Roe vs. Wade?

The first restrictions would go into effect in 13 states with so-called trigger laws, which would be enacted if the sentence is overturned by the court. The states are Arkansas, Idaho, Kentucky, Louisiana, Mississippi, Missouri, North Dakota, Oklahoma, South Dakota, Tennessee, Texas, Utah and Wyoming, according to the Guttmacher Institute, an abortion rights research group.

Some trigger laws prohibit abortion almost completely, while others would do so after six or 15 weeks of pregnancy.

How quickly trigger laws would go into effect could vary. Some might be fast.

For example, Arkansas’ trigger law takes effect as soon as the state attorney general certifies that Roe v. Wade has been overruled, the Guttmacher Institute said.

In Texas, a near-total ban on abortion would go into effect 30 days after the Supreme Court’s decision.

The Guttmacher Institute estimates that 26 of the 50 US states will certainly or likely ban abortion if Roe v. Wade, which would leave women across large swathes of the American Southwest and Midwest without close access to this medical procedure.

Most of the states where abortion would remain legal are on the West Coast (California, Nevada, Oregon, and Washington) or in the Northeast. Governor Gavin Newsom of California, the most populous state, proposed Monday to enshrine the right to abortion in the state constitution.

A handful of states in the Midwest and Southwest are expected to keep abortion legal, including Colorado, Illinois, Kansas, Minnesota and New Mexico, according to the Guttmacher Institute.

Colorado, Connecticut, Maryland, New Jersey and Vermont have passed laws this year to protect or expand access to abortion.

A near-total ban on abortion could go back into effect in Michigan, after nearly 50 years, and the Republican-led Legislature is unlikely to change it.

With information from Reuters and Associated Press

Reading Tactics.. Your comprehensive guide to smoothly through difficult books

Reading Tactics.. Your comprehensive guide to smoothly through difficult books