Wolves are to open talks with winger Adama Traore over a new contract after securing striker Raul Jimenez to a new four-year deal.

Traore, 24, had a number of enquiries this summer with Wolves valuing him at around £70million.

The former Barcelona winger is expected to kick on this season and Wolves are prepared to reward him for his progress. 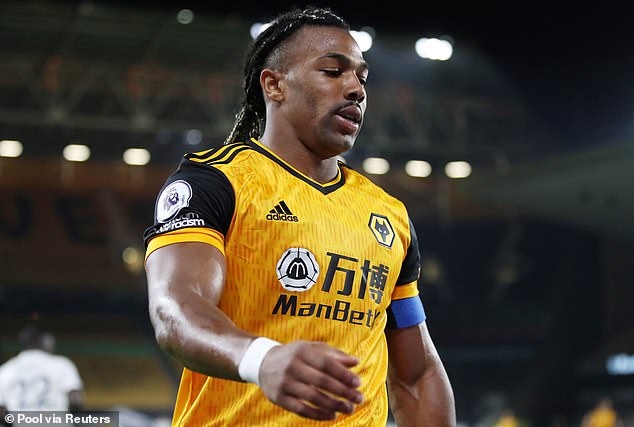 Mexico international Jimenez, 29, has been outstanding scoring 46 goals in three seasons attracting interest from he likes of Manchester United. He said: ‘

‘It didn’t take much persuading! It was easy for me to say yes because since the beginning, this is what I was looking for. Wolves are getting the best out of me – and I’m giving Wolves my best football.’

The Molineux club will strengthen their squad further by adding highly-rated 19-year-old left-back Rayan Ait-Nouri from Angers on an initial loan with option to make the deal permanent for £18m.

Ruben Vinagre is talking over a move to Olympiakos. 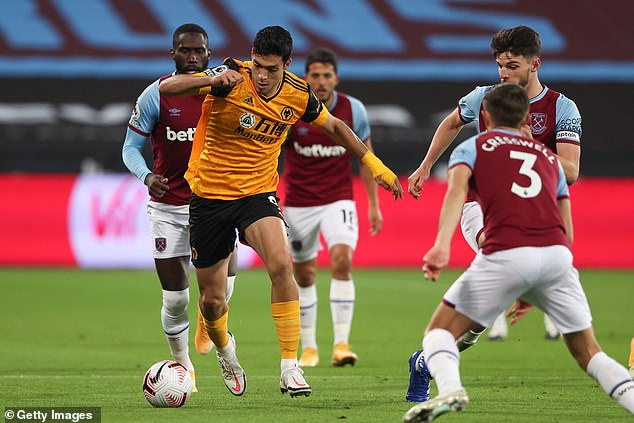