You can’t appease Russia. The EU must not lose its values trying | View 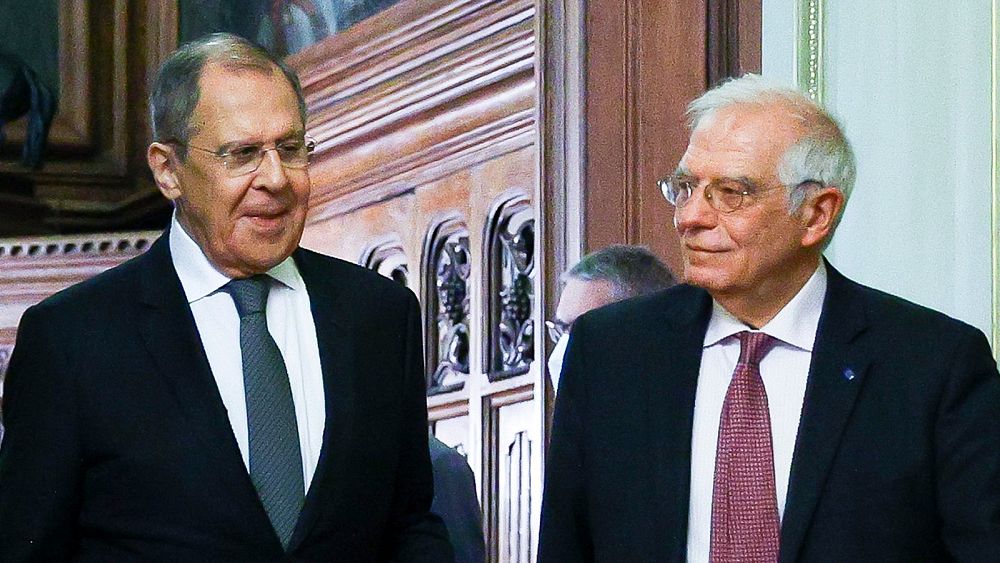 When discussing EU-Russia relations this week, European leaders should remember what EU foreign affairs chief Josep Borrell saw first-hand on his disastrous trip to Moscow in February: that we’ll be dealing with an ever more aggressive Russia.

The two principal reasons for this aggression are both home-grown, and no amount of appeasing Moscow will change them.

First, when Putin lamented the demise of the Soviet Union, it wasn’t rhetoric – he really is on a mission to restore as much of the late empire as he possibly can, whether through propaganda, corruption or brute military force. The independence of Eastern Partnership countries (Armenia, Azerbaijan, Belarus, Georgia, Moldova, and Ukraine) and the EU itself stand in his way; hence, the conflicts past and the conflicts to come.

Second, the regime is gradually losing support at home and they know it. More aggression abroad and repression at home is the regime’s attempt to appear stronger than it is and to bully into submission anyone opposing it. The truth is that Putin’s promise of restoring the Soviet Union, which worked for older generations, doesn’t do the trick with younger ones – those who grew up on vaguely Western ideas like citizens having rights, the government existing to serve the people (not the other way round), and laws applying to everybody. Ideas which the Russian government itself has preached (if much less practised).

People in their 30s or early 40s, who don’t remember much or anything of the Soviet Union, only saw a decline in quality of life (and income) over the past decade. Services and infrastructure, which they tend to compare with Europe, are miserable. Little wonder when so much public money ends up in sticky private hands. No nostalgia project will make up for these real-life woes.

All this discontent fuelled the latest protests in support of anti-corruption campaigner Alexei Navalny, as did the example of his personal courage. To return to Russia after an assassination attempt knowing what’s coming has become a game-changer for many.

The Kremlin will clearly try to frighten those who demand an end to the plunder and lawlessness. Yet every blow the regime deals to one of its critics triggers a wave of solidarity and support in society. When first slapped with fines under the foreign agent law, NGOs were able to fundraise hundreds of thousands of roubles in days. Even in the face of extreme hostility from the state, independent media have been enjoying a boom recently, with viewership, subscriptions and donations soaring amid protests.

Therefore, Europe needs a two-track strategy on Russia: offer solidarity and a helping hand to the growing numbers of discontented Russians who want to make their country a more just, democratic and peaceful place, and be ready to confront the Kremlin with resolve, systematically punishing its aggressions and its oligarch enablers.

On the solidarity side, this means stepped up support for Russian civil society and independent media, as well as student exchange programmes.

Despite the Russian state’s relentless attempts to suppress civil society, it continues to provide services with great skill and confidence, assisting those in need, whether it’s the homeless, victims of domestic violence, or political prisoners. This dynamic and brave part of Russian society deserves our support.

The Russian government has tried to cut off the education sector from the rest of the world, yet we can offer student exchanges. The more young Russians who get the chance to experience Europe first-hand, the better the chances for a peaceful relationship with Russia in the future.

Russian independent media is not only growing their domestic audience, they provide a crucial service to Europe by collaborating with their Western peers on cross-border investigations that uncover the Kremlin’s money laundering schemes within Western financial systems and assassination attempts in Europe carried out by Russia’s secret services. Such incredibly courageous work needs more support.

When it comes to sanctions, the EU should do what the Russian opposition has long been calling for: hit the Kremlin’s money and weaken its kleptocratic networks. The Kremlin runs a complex web of companies and individuals, many of whom will pose as private entrepreneurs in the West while remaining tightly integrated into the Kremlin’s authoritarian structures.

Cracking down on the Kremlin’s dark money is not just the right thing to do; it’s also the best protection for Europe itself as all Kremlin efforts to undermine the EU rely on these shady money flows.

If we stick to this two-pronged approach, we’ll help Russian society get through the tough times that lie ahead, keep our dignity as a community of values and enhance our own security in the face of aggression.

Why would kowtowing to a fossilising autocracy be a better option?

Rostislav Valvoda is the Executive Director of the Prague Civil Society Centre.