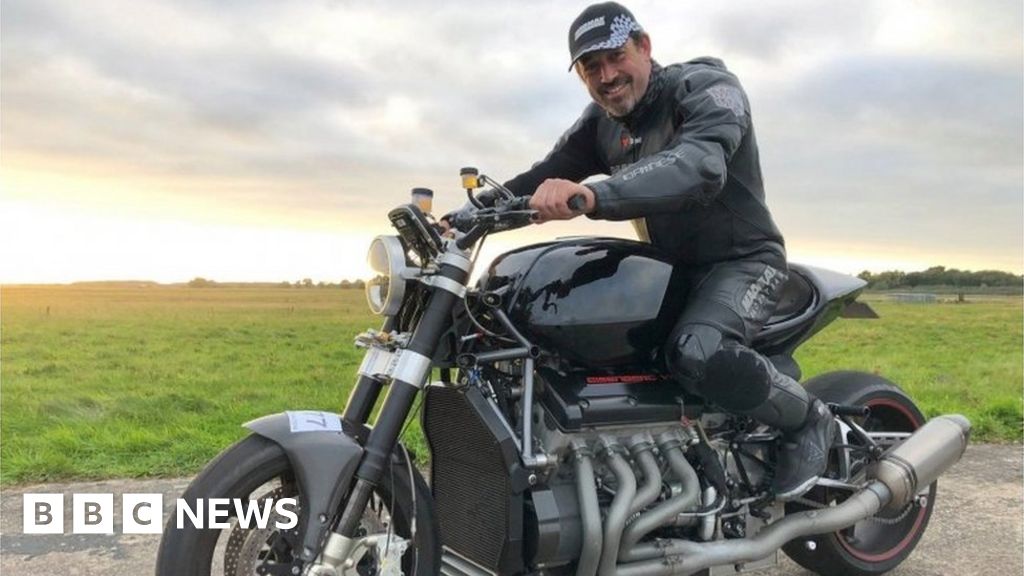 A millionaire fitness firm founder who died attempting a British land speed record was a “true genius with unique talents”, his family has said.

His car “went out of control at high speed at the end of a run”.

Paying tribute his family said the 47-year-old “injected his positivity into everyone he came into contact with”.

In the tribute on Facebook, they said the father of two left people “feeling upbeat and in an enlightened mood”.

Motorsport UK said his 1,200 horsepower Porsche car “went out of control at high speed at the end of a run”.

London-born and Guernsey-based Mr Eisenberg set more than 90 speed records on two wheels and four including the holding the iconic “flying mile” record.

The former competitive weightlifter and bodybuilder had honed his knowledge of sports nutrition with research at the British Medical Library and founded company Maximuscle in 1995.

Fifteen years later it was selling £80m worth of products a year. It was sold to pharmaceutical giant GlaxoSmithKline in 2011 for £162m.

Mr Eisenberg moved to Guernsey after he sold Maximuscle and “dedicated himself” to “pushing the boundaries of both human and machine”, said his family.

His “infectious enthusiasm and his unique ability to explain in layman’s terms the most complex subjects” led to him presenting Speed Freaks on ITV, focusing on the design, build and engineering of extreme cars.

He also became a champion of a £200,000 restoration of a much-loved children’s playground and helped create Guernsey’s first skate park.

His family said his parents and four siblings “all adored him” and followed his progress with “great admiration”.

Barbie version of Susan B. Anthony is here 200 years after her birth